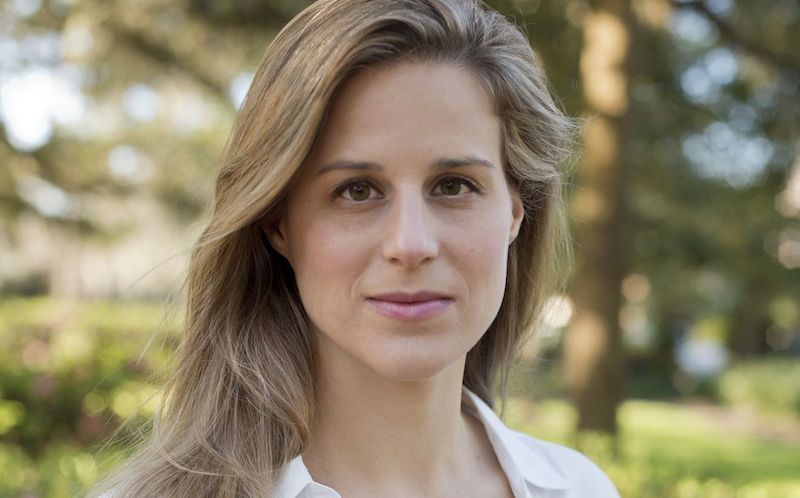 In Conversation with the Author of Fates and Furies

Tomorrow night, the winner of the National Book Award, perhaps our country’s most prestigious literary prize, will be announced. Among the titles on the Award shortlist is Fates and Furies, Lauren Groff’s third novel—and a book that some places have already declared The Best of 2015.

The title provides the clue to Groff’s two-part structure: In this marrow-deep examination of a remarkable marriage, the “Fates” section belongs to husband Lotto and his sun-tinged path, while “Furies” centers on (swirls around?) wife Mathilde. As Robin Black noted in her September 8th New York Times Book Review piece on Fates and Furies:

[Any] domestic union set prominently in a work of fiction has the sometimes unfortunate capacity to obscure whatever else is going on. Yet Fates and Furies, Lauren Groff’s remarkable new novel, explodes and rages past any such preconceptions, insisting that the examination of a long-term relationship can be a perfect vehicle for exploring no less than the nature of existence—the domestic a doorway to the philosophical.

Ambitious? Hell, yes. And thank the gods in whose temples Groff has grounded her literary pyrotechnics, because in doing so she reminds us that those old, old gods and ideas that underpin our received culture may have something to teach us—but they shouldn’t be allowed to pin us down.

Lauren Groff was born in Cooperstown, New York in 1978 and educated at Amherst College and The University of Wisconsin-Madison, where she received her MFA. Her debut novel, The Monsters of Templeton, was released by Hyperion in 2008 and shortlisted for the Orange Prize, among other honors. Delicate Edible Birds, her 2009 short-story collection, included pieces published in The New Yorker, The Atlantic, and Pushcart Prize XXXII.

But it was 2012’s stunning Arcadia that brought Groff widespread acclaim. That novel, a quiet yet dynamic study of a boy brought up in a 1960s-era upstate New York commune, was named to numerous Best of 2012 lists. It seems, in her furious dedication to her work and art, that Lauren Groff has accepted her fate: To write books that force us to explode notions of “same” and “normal” and then pick through the resultant debris for gold.

I spoke with Groff via telephone this fall from the Gainesville, Florida home she shares with her husband and their two young sons. Due to the happy pressures of her current schedule, we didn’t have time for a leisurely interview—but while Groff insists she’s “more articulate on email,” I found her unscripted thoughts about her latest work both articulate and revealing.

Bethanne Patrick: Did you deliberately structure Fates and Furies as a conversation?

Lauren Groff: Yes, absolutely. You’re absolutely correct. It was intended to be a conversation, and I tried very much from the beginning to have it be not just a conversation about marriage, but also about privilege and background and our personality and how we deal with the world.

BP: Is every marriage, in essence, a conversation?

LG: Lotto and Mathilde are definitely talking to each other, and even more so—their perspectives are in a very long conversation. A good marriage is, I think, a very long conversation. I do think there’s a constant sense of having this other person with whom you are, even without words, conversing. Even without words, you’re trying to come to a sense of who you are as a couple, and that is constantly evolving. So, in that way, it never stops being a conversation.

BP: Let’s talk about “privilege.” Because Lotto isn’t perfect, is he?

LG: No, no, not at all perfect—but when I talk about “privilege,” I’m thinking about how he really does have all these unearned benefits in life. He’s male, white, rich. He has darkness, of course, but even though he has really deep losses, he doesn’t seem himself as wounded. He has the ability, due to his privilege, to not be forced to acknowledge those wounds. I guess what I’m really talking about it not “privilege,” but “entitlement.”

BP: He’s so entitled he doesn’t even realize that Mathilde is his artistic collaborator.

LG: Well, it’s true he’s not the only author of his work! [Laughs] That’s the sort of entitlement I’m talking about. He believes he’s the only creator; he doesn’t even see her imprints on his work. She makes it so easy for him to work… He feels entitled to whatever glory comes his way and is blind to the rest of it, being blind as he is to everyone else’s experience in the world.

LG: She scares me but I looooooove her! We are all incredibly complicated and we talk from so many places. Mathilde has had to become this person she is, and her past is such that it’s made her stand outside of herself so often in such intensely dramatic ways. She’s remained outside of herself in many ways, forced to take on this distanced role, otherwise she’d hurt too much. Mathilde is the hawk who can see all the way down to the ground. She’s the agent of her own life. Sometimes she makes decisions I don’t know if I would make, but she makes them out of a position of strength.

BP: What is the essential difference between “Fates”/entitlement, and “Furies?”

LG: What the fates do is awesome in a bone-deep sense, and also beautiful: Their take is that everybody is subject to what they do, to the steps they take, towards their divinely ordained life. In contrast, the Furies take action outside of that ordained path; they’re driven out of Hades just to torment people! Eventually they do become subject to the rule of man, and I was trying to reflect that by showing although Mathilde is trying to be the agent of her own fate, that she can’t control everything.

I was thinking of this not simply in terms of story, but also in terms of narrative structure. In a lot of senses, this book is as much a critique of the novel as it is a novel. It’s about the assumptions we have about who gets to create, and what has been created, and how stories get told.

BP: It’s about talking back to power.

LG: Yes, I see Mathilde’s section as a series of stark little pinholes being poked into Lotto’s section. Her story is a place where different voices can’t be heard. In a different draft, I had imagined moments with mythological heroines, which may be where the parenthetical voice I use comes from.

I don’t ever mean to lecture. People have charged me with misandry, which is crazy because I truly, deeply love men. I am married to one, and we are raising two little boys to be people who care about other people. But of course this is a feminist novel, because a feminist is just someone who recognizes power structures that keep people from having the fullest life they can. It’s not just binary, it’s not just women versus men, it’s looking out for people who can’t speak for themselves, it’s looking out for everyone. In the proper sense, my book is not a call to arms—but as a critique, it is a little political.

BP: Tell me more about the critique.

LG: I think by the mere fact of showing that Mathilde has another side, the mere fact that she’s allowed to have an internal life—that’s a critique of older modes of storytelling. I use them and I love them, but they come out of privilege, a mode in which there are “secondary narratives,” where a character can be represented by a small snippet that shows so little of who she is. You can’t take anyone for granted. No one has a single story. Not even Lotto. Mostly, this book is a critique of the simple, straightforward idea of anyone.

BP: It’s also, in some places, a critique of the idea of simple, straightforward roles.

LG: The roles we are asked to play as women, especially. The characters of Sallie and Rachel, for example, have both internalized traditional roles for women without knowing what they’re doing. And Antoinette? She’s pretty cray-cray! My book is pretty dramatic and not completely naturalistic, but Antoinette is a personification of my dislike of martyrdom. I think it doesn’t help anyone when a person gives them everything—and then holds it over their head. Antoinette is a grotesque, blow-up version of “the smother mother.”

BP: Is that why Lotto and Mathilde never have children?

LG: It’s essential to Mathilde, her sterility, essential to her past. Being a mother myself, I know I love my kids, but I completely empathize with people who never want to have children. It’s an absolute change in your life and a lot of work, but it’s not necessarily an ultimate good. I mean, it can be, if you want to take it on, but not always! A lot of people have kids who never should have and it’s not fair to anyone, especially those children. It drives me bats. It’s one of the first questions, still, that young women get asked—“When are you going to have children?” It’s not a public decision. It’s a private decision.

BP: Still, I would have liked to see Lotto in parentis.

LG: Imagine Lotto being a dad! The “fun dad!” He takes off for the day and has this entitled sense of the delicious supper that will be waiting when he returns with dirty, overtired, whiny kids. But she knows—Mathilde knows—that he’s not available to be the right kind of father. She makes the right decision for her. 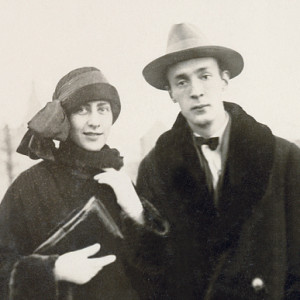 Perfect timing: as Kevin Barry’s second novel, Beatlebone, launches in the U.S., he wins the Goldsmiths Prize, established...
© LitHub
Back to top