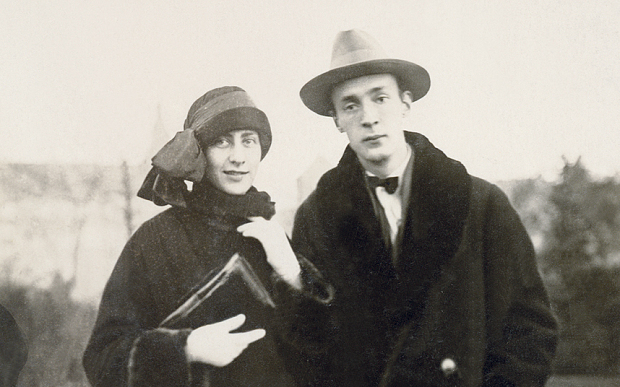 Perfect timing: as Kevin Barry’s second novel, Beatlebone, launches in the U.S., he wins the Goldsmiths Prize, established in 2013 to reward fiction that breaks the mould or opens up new possibilities for the novel form. Vladimir Nabokov’s love letters to Vera, his wife of 52 years are loving (she destroyed hers). More critical assessment of Mary Gaitskill’s The Mare. Award winning Polish journalist Anna Bikont uncovers the terrible facts about a massacre of Jewish citizens in a small Polish town in July 1941. And while 5 under 35 honoree and judge Phil Klay picks Megan Kruse’s Call Me Home to be honored at last night’s awards hosted by LeVar Burton his own short story collection Redeployment garners yet another prize.

Irish author Kevin Barry’s second novel, Beatlebone, inspired by John Lennon, draws golden words from Josh Cohen, Goldsmiths Chair of Judges “’Beatlebone is a novel that takes its reader to the edge – of the Western world, of sanity, of fame, of words. But it also takes us to the very edge of the novel form, where it meets its notorious doppelgänger, autobiography. Its compulsive narrative of one of the last century’s great musicians and pop icons gradually, and without a hint of contrivance, becomes a startling and original meditation on the uncanny relationship of a writer to his character. Intricately weaving and blurring fiction and life, Beatlebone embodies beautifully this prize’s spirit of creative risk. We’re proud to crown it our winner.”

“It’s hard to say what’s more surprising, the book’s spare premise — that none other than John Lennon has arrived in the west of Ireland to visit a small barren island he’s purchased — or that the premise is true,” notes Liam Callanan (San Francisco Chronicle). He calls the book “more than a little Joycean,” but says “Barry is having loads more fun.”

“Beatlebone, concludes Josh Cook (Minneapolis Star-Tribune) “is an odyssey of the mind. Its ever-shifting modes vividly recall James Joyce’s Ulysses, down to the Molly Bloom-esque soliloquy at the end of the book.”

No author should be able to get away with so woolly an excursion into meta-land, not at such length or so flittingly. But Barry somehow does: John’s crackpot journey to the inner depths has already been tending toward the trippy (in an early chapter, when the dog Brian Wilson starts singing, Barry has John thinking, ‘This escapade is getting out of hand right off the fucking bat’), so why not plunge all the way in and let the author gulp down the blue pill too? I went along with it, even while cocking an eyebrow, because Barry writes with such zest.

From 1923, when the Nabokovs first met, through a 52-year marriage (and one affair), Vladimir wrote gushing love letters to Vera. (Most were composed during times apart from 1923 to 1940, before they settled in the U.S.)

It is the prose itself that provides the lasting affirmation. The unresting responsiveness; the exquisite evocations of animals and of children (wholly unsinister, though the prototype of “Lolita,”  “The Enchanter,” dates from 1939); the way that everyone he comes across is minutely ­individualized (a butler, a bureaucrat, a conductor on the Metro); the detailed visualizations of soirees and street scenes; the raw-nerved susceptibility to weather (he is the supreme poet of the skyscape); and underlying it all the lavishness, the freely offered gift, of his divine energy.

In a companion review, Daphne Merkin (New York Times Book Review) finds Robert Roper’s Nabokov in America “a scholarly romp that should engage admirers of Nabokov as well as fans of first-rate literary sleuthing,” adds that “it is not only necessary, it’s exhilarating: a reminder that some of the closest, most discerning readers of what have come to be called ‘texts’ remain outside the academy.”

Vera, Nabokov’s “silent partner,” systemically destroyed her own letters to Vladimir, notes Judith Thurman (The New Yorker). “There is little doubt that Mrs. Nabokov took a keen interest in her husband’s every triumph, toothache, and fried egg. But it is also possible to imagine that, in bleak moments, she tired of his endearments (‘my little sunshine’), bridled at his pet names (‘lumpikin’), and resented the ostentation of a love that can be hard to distinguish from self-infatuation (‘It’s as if in your soul there is a prepared spot for every one of my thoughts’). We will never know, however, what Véra felt.” (She even “blacked out the lines she had added on their postcards to his mother.”)

This is a book determined to give us nowhere to hide in crevices of self-satisfied superiority or innocence, and much of that intensity stems from the novel’s structure. With few exceptions, the entire story is a relentless volley of short soliloquies between this quiet brown girl and this needy white woman in upstate New York. Their voices rear up from the page and thunder down on our affections. There’s something almost too naked, too unmediated about their confessions, but this unvarnished candor is nonetheless magnetic, keeping us wrapped up in their wounded minds for several years.

“By reputation, Mary Gaitskill is a writer not only immune to sentiment but actively engaged in deep, witchy communion with the perverse,” Alexandra Schwartz (The New Yorker) points out in her sum-up of Gaitskill’s earlier work. With The Mare, she writes, “we are back in familiar Gaitskill territory, watching the cunning dance of dominance and submission unfold.”

Laura Bogart (Salon/Dame) loves Gaitskill: “There is no writer alive, in my opinion, who can quite match Gaitskill’s prose at its peak: Her sentences are like slow molasses, rich and dense and demanding to be chewed and tongued and savored in a visceral, tactile way. But the prose is not just beautiful, it creates a profound interiority that is, perhaps, the true hallmark of Gaitskill’s best work.” But she is disappointed by her new novel. “The Mare is so confounding to me: Parts of it spin that familiar spell of intimacy, but, by and large, it lacks the depth and complexity of character and language that breathe fire into the earlier works.”

The Crime and the Silence: Confronting the Massacre of Jews in Wartime Jedwabne, Anna Bikont, translated from the Polish by Alissa Valles

Originating as an investigative series for the Polish newspaper Gazeta Wyborcza, The Crime and the Silence becomes a powerful indictment of members of a Polish community who slaughtered their Jewish neighbors and an exploration of the mechanisms of anti-Semitism.

Julian Barnes (New York Review of Books) compares Bikont’s “magisterial investigation into a small massacre of Jews in the town of Jedwabne in northeastern Poland in July 1941” to Claude Lanzmann’s Shoah, “one of the greatest documentaries of the past half century.” Bikont’s book, he adds, “is more than a book of memory. It is also a book about forgetting, about the pollution of memory, about the conflict between the easy, convenient truth and the awkward, harder truth. It is a work that grows from its journalistic manner and origins into the powerful writing of necessary history.”

Louis Begley (New York Times Book Review) calls The Crime and the Silence “beautifully written, devastating and very important book.” His conclusion: “The gloom and pessimism, the sense of physical disgust at the vile depth of Polish anti-Semitism and denial, which would otherwise engulf one as one reads Bikont’s book — and would surely have engulfed her — is relieved only by the presence in her pages of certain morally splendid and heroic Poles.”

Phil Klay adds the Warwick Prize, awarded every two years for “a substantial piece of writing in the English language,” to his National Book Award and National Book Critics Circle John Leonard award for Redeployment.

Chair of judges A.L. Kennedy called Redeployment “a scaldingly affecting book. We were all held by it. There is remarkable control, delicacy and subtlety in the spare style of prose here and a real grip of various psychologies and voices across the collection. Within his own terms, the author has reflected a wide range of experience and has translated personal knowledge into living fiction. Redeployment addresses–with remarkable frankness and nuance–one of the defining conflicts of our age.”

In his New York Times review, Dexter Filkins notes that Klay, a former Marine who served in Iraq, shows us “the myriad human manifestations that result from the collision of young, heavily armed Americans with a fractured and deeply foreign country that very few of them even remotely understand. Klay succeeds brilliantly, capturing on an intimate scale the ways in which the war in Iraq evoked a unique array of emotion, predicament and heartbreak. In Klay’s hands, Iraq comes across not merely as a theater of war but as a laboratory for the human condition in extremis. Redeployment is hilarious, biting, whipsawing and sad. It’s the best thing written so far on what the war did to people’s souls.”