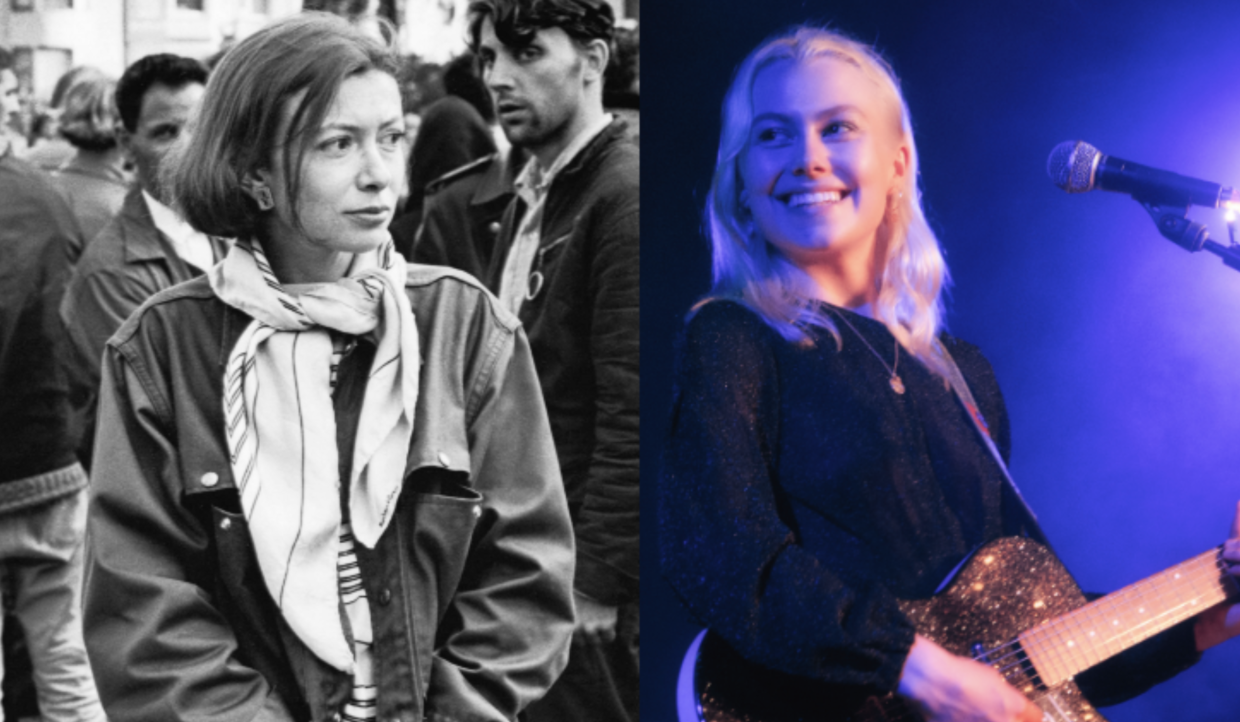 The latest contender in the endless stream of Joan Didions is apparently Phoebe Bridgers.

It is a truth universally acknowledged that a young-ish woman, in possession of an essay collection (or an album, I guess), must be in want of a breathless comparison to Joan Didion.

Today, the lucky(?) Didion successor is musician and songwriter Phoebe Bridgers. According to an op-ed in The San Francisco Chronicle, she is “challenging the status of Joan Didion, now 86, as the most nationally respected and quotable of California interpreters.”

“California’s next Joan Didion might be an improvement on the original,” writes Joe Mathews. “For one thing, she can sing.” (We already did this with Lana Del Rey but okay.)

Bridgers has written and spoken about her admiration for Didion 1.0, describing her as an influence on her album “Punisher,” which makes the Highlander-esque framing here all the more bizarre. It’s part All About Eve and part iOS update.

“Listening to Bridgers while re-reading Didion, as I’ve been doing, the superior talents of the young musician, and the weaknesses of the older author, became clear,” Mathews writes, which I guess is one way to yoke your critical Didion essay to the Grammys. (Phoebe Bridgers is nominated for four, unlike Joan Didion, who has never recorded even a single studio album.)

So welcome, Phoebe Bridgers, to the fellowship of women who writers imagine are champing at the bit to ascend Didion’s throne. I assume there will be an inauguration at some point, attended by the aforementioned Lana Del Rey as well as Merritt Tierce, Jia Tolentino, Eula Biss, and many, many others (expertly catalogued here). A dubious, meaningless honor, but an honor nonetheless.

Jessie Gaynor is a senior editor at Lit Hub whose writing has appeared in McSweeney's, The New Yorker, The Paris Review, and elsewhere. Her debut novel, The Glow will be published in June 2023. You can preorder it here.
https://www.jessiegaynor.com/

Everything you need to know about the controversy over a new translation of Amanda Gorman's poetry. 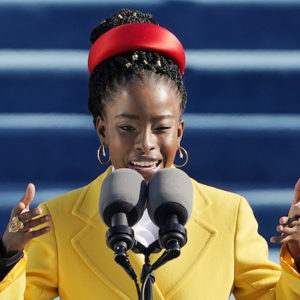 Everything you need to know about the controversy over a new translation of Amanda Gorman's poetry.

The Associated Press has reported that Marieke Lucas Rijneveld, the Dutch poet appointed by the Dutch publisher Meulenhoff...
© LitHub
Back to top