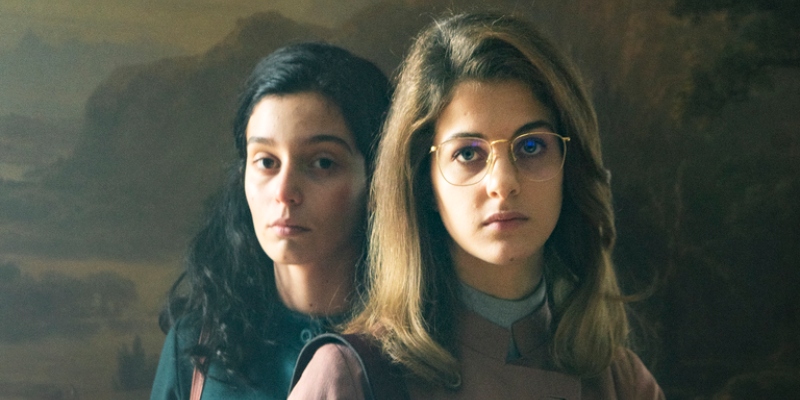 Maria Albano on the “Poetry of Plain Language” in Luchetti's Adaptation

In a way, the handover of My Brilliant Friend’s directorial reins from Saverio Costanzo to Daniele Luchetti was an unhappy one. Costanzo proved an enchanting cineaste, whose adaptation of Ferrante’s novels stood on its own artistic merit. Under his direction, the first book came alive as a sun-washed noir: the set built to recreate the rione—so new it almost gave a whiff of fresh paint—staged the perfect background to Lenù’s (Margherita Mazzucco) memories of doll-pilfering mobsters and widows with the evil eye lurking in the shadows of a monochrome world.

In Costanzo’s production of the second season, the recession-style greys made room for a renewed cinematographic richness, reflected in the rippling glitter of the sea and the pearls encircling Lila’s (Gaia Girace) neck, a badge of newfound wealth.

In comparison, Luchetti’s third season (now streaming on HBO) is almost unassuming and, by his own admission, risk averse. The few moments made to accommodate the director’s artistic license—wide shots of the sea’s indifference to the drama unfolding ashore, where Lila is quite literally writhing in agony; postcard-perfect stills of Lenù posing on the background of city landmarks to indicate her transition from Florence to Milan, and then back to Florence—appear only in brief flashes of brilliance, almost apologetically.

“I made a considerable use of the voiceover, and remained glued to the book all through filming,” Luchetti said at a Rome press conference in January. “But oddly, this opened the door for a condition of greater linguistic freedom.” Indeed, the dearth of cinematographic stunts frees both Luchetti and us spectators from anything that might deter a full appreciation of language, which announces itself as the real protagonist of this season.

Lenù’s struggle to forsake Neapolitan—redolent of the violence and poverty that tainted her childhood—in favor of Italian, the language of opportunity, drives the plot of Those Who Leave and Those Who Stay, Ferrante’s third book in the series. But while Neapolitan makes only scant appearances in the text, mostly paraphrased in Italian, Luchetti’s adaptation translates those paraphrases into hours of spoken dialect.

Lenù’s Italianization typifies the program of linguistic assimilation introduced in Italy by Cavour during the unification, later developed by Mussolini’s fascist state and, in the 1960s, picked up by television, with shows aimed at improving literacy. Even by the 50s, though, Italian remained a made-up language, manufactured and largely spoken by the intelligentsia, and associated with politeness and self-control—while conversations unadulterated by the filter of formality still occurred by and large in dialect. More than that, language was a marker of class difference, and Italian the exclusive privilege of those who could afford being kept in school beyond the fourth grade.

Pietro Airota (Matteo Cecchi), Lenù’s fiancé, is nothing if not a self-assured member of the Italian-speaking elite. By all appearances, Pietro embodies a perfect beacon of civility: the wealthy young son of a distinguished Turinese family, he is polite, never raises his voice, and aspires to the respectable position of university professorship; he is, in short, all that the men from the rione are not. So Lenù rushes to marry him.

Indeed, the dearth of cinematographic stunts frees both Luchetti and us spectators from anything that might deter a full appreciation of language.

But once the spouses have settled into their imposing new house in Florence—where Pietro has obtained tenure, it’s hinted, thanks to family connections—it isn’t long before his courtesy ossifies into rigidity, and the placid monotony of marriage, at first so attractive in contrast to the rione’s constant dramatics, begins weighing down on Lenù.

The birth of their first child, Dede, marks a point of no return in Lenù’s growing disillusionment. With Pietro shut away in his office all day, Lenù is the one tasked with dusting, mopping, milking, wiping, shopping, sanitizing, and soothing a seemingly unsoothable baby, leaving no time for writing, the overt implication being that Pietro’s career as a professor takes precedence over Lenù’s career as a novelist.

Lenù’s plea to hire some help is met with Pietro’s indignation—the idea of keeping “slaves in the house” repulses him. But if the notion repels him when considered in the abstract, he is happy to ignore the palpable immiseration to which his selfishness condemns Lenù. In her own words: “You don’t want a wife so much as a trusted servant.” All in all, Pietro’s lopsided balancing of his dignity against his wife’s makes it difficult, for all his poise and posture, to place him on a higher moral plane than any man in the rione.

Not only is education no guarantee for moral integrity, the series seems to be saying, but the longer one spends absorbed in the world of ideas, the more numbed his instincts risk becoming to material realities. In this third season, the educated classes spend an awful amount of time crafting catchy slogans for banners and street protests, or pontificating on the meaning of revolution, and still failing, when it comes to it, to shelve the formulas they’ve learned from books and substantially empathize with other people.

What the third season of My Brilliant Friend succeeds to be is no small achievement‎.

At a meeting with the radicalized students fighting on behalf of the working class, Lila, who is employed at a sausage factory, fires up over the students’ ignorance of working conditions: “Workers don’t have time to join the unions. Come evening, they are exhausted and just want to go to sleep.” While joining the fight implies little to no risk for the wealthy activists, she explains, at stake for laborers is their entire livelihood. The next day, Lila’s speech is printed on leaflets and distributed without her permission, with the result that her boss at the factory threatens to fire her. Even as the students were able to fully appreciate (and exploit) the power of Lila’s words, they were nonetheless unable to put themselves in her shoes.

Back at Lenù’s, all the time spent buried in isolated grandeur has caused her so acute a writer’s block that not even hiring a full-time nanny helps things. Lila’s “imaginative irrationality,” Lenù broods, is what she needs for inspiration.

But it’s another childhood friend who eventually shakes Lenù out of her stupor. Pasquale (Eduardo Scarpetta) one day turns up unannounced with his girlfriend, Nadia (Giorgia Gargano). Both look ruffled, sleep-deprived, and like they might be the responsible for the factory terror attack headlining the morning news. What is certain is that they are involved in the violent working class politics against fascism—Pasquale being motivated by his working class roots, and Nadia by the guilt of having earned nothing of what belongs to her.

The following scenes slowly tick away, with a dramatic tension largely propelled by Scarpetta’s hypnotic performance—his calculated rudeness exudes an air of danger charged with eroticism. As he improvises a languorous dance, Pasquale mocks the disapproving restraint of Pietro in Neapolitan dialect: “Professor, this is what you need to understand: You are all dead and don’t even know it. Everything about you is dead. The way you live, the way you speak. This belief you have of being clever, democratic, and of the left.” After the two finally depart, Pietro unintentionally confirms Pasquale’s remark, by forbidding Lenù to let him and Nadia in the house again with a criticism that reeks of paradox: “Someone who talks of the intellectual work like that is a fascist, even if he doesn’t know it.”

By now, the rip through the monotony of the Airota household is irreparable. As Lenù cleans Pasquale and Nadia’s leftover grime in the bathroom, she imagines the couple having the kind of sex necessitating an abandonment of which Pietro has never been capable. Her longing to relinquish control prepares the terrain for her affair with Nino Sarratore (Francesco Serpico), her long-term romantic interest and the man to whom she was never able to assert herself. In the same bathroom a few months later, with Pietro not far away, Lenù and Nino make frantic, unthinking love, manifesting their passion to each other in Neapolitan—the language of violence, yes, but also of the senses, of poetry and love. Around this time, her long creative drought finally quenched, Lenù begins a new novel.

All in all, what the third season of My Brilliant Friend succeeds to be is no small achievement: a celebration of the poetry of plain language, at its purest when generated not by education but by feeling‎. The poetry of sentences like this one, spoken by Pasquale in dialect, in anger: “Feel my hands, professor. If these hands weren’t this rough, there wouldn’t be a chair in existence. Not a car, not a building. Not even you. If us workers had to suddenly stop working, everything else would stop, too. The sky would fall down on the earth, the earth would jump up to the sky. The plants would reclaim the city. The river would flood your nice houses and only those who have always worked would survive. Whereas you and all of your books would end up being food for dogs.”

Maria Albano is a freelance writer based in London. She writes short fiction and essays focused on the intersection of intellectual history and contemporary issues. Her work has appeared in the Times Literary Supplement, The Independent, The Critic, and UnHerd, among others. She can be found on Twitter at @marialbno96 and on Substack at mariaalbano.substack.com.

Bill McKibben: In a World Without Oil, There Would Be No Putins 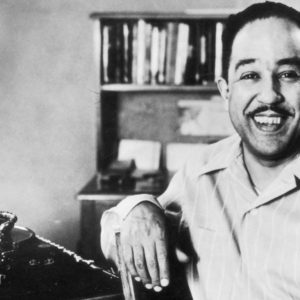 It was during the writing of my second novel, a few months in, when an American writer who had passed away some 50 years...
© LitHub
Back to top