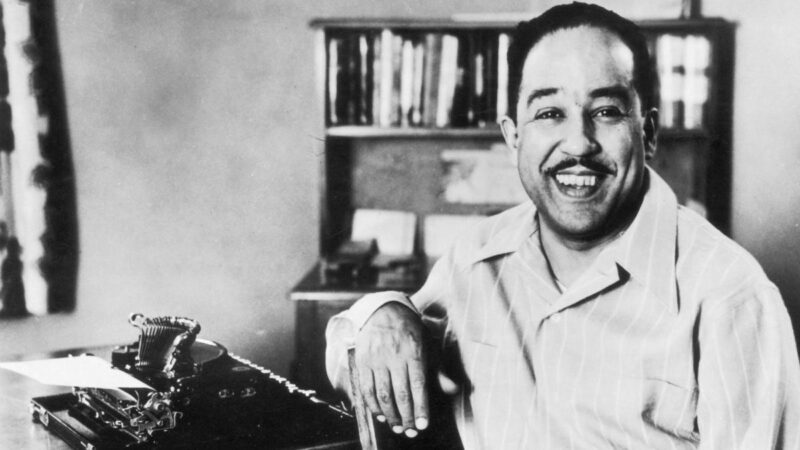 C.A. Davids on the Elusive Poet’s Connection to African Literature, Past and Present

It was during the writing of my second novel, a few months in, when an American writer who had passed away some 50 years earlier began persistently to enter my ambit. Not in the manner of a haunting; at least, nothing so thrilling. This was a product of research: I was trying to solve a technical challenge I was having with my novel and must have come across an article about Langston Hughes’s visit to Shanghai, China—in part, the subject of my research—during the 1930s. The exact piece is lost to me now, but it led to another, which led me to another, until, sitting at a library at the University of Witwatersrand one Johannesburg winter afternoon, I paged through a rare copy of Langston Hughes and the South African Drum Generation (The Correspondence) between the poet and several South African writers.

Perhaps it was inevitable that I’d come to the letters at some point given the line of my enquiry, still, there seemed a certain serendipity, a literary alchemy. The more I read about Hughes, the more fascinating yet elusive a figure he became. The question that has been asked by other artists (like Isaac Julien, in his film Looking for Langston) nagged at me too: who was Langston Hughes?

Hughes’s poetry and writing emerged during a fabled slip of time: the Harlem Renaissance when jazz, art and writing emanated in a collective stream of black creativity and defiance. Hughes was prolific and dabbled in various literary endeavors: poetry, short stories, children’s books, operas and frequent lectures and talks. This endless loop made him—in his words—little more than “a literary sharecropper” indentured, in a sense, to the written word. But how else would he earn a living from writing, a feat few black people of that day had attempted anywhere?

Hughes’s South African connection developed in 1953 when he was invited by iconic South African magazine Drum to judge a short story competition. Drum was a high-circulation publication that told the stories of black urban life under apartheid with incisive writing and era-defining photography. It became home to some of South Africa’s best artists. Langston Hughes judged the short story competition for three years. It was part of a productive and warm relationship with several African writers and the continent itself (of which he had always held an esteemed, if not romanticized, view that would lead to some disagreements with his African friends).

The more I read about Hughes, the more fascinating yet elusive a figure he became.

It was towards the latter part of his life, during the mid 1950s to early 1960s, that he sought short stories, poems and nonfiction essays from African writers, culminating in An African Treasury of 1960 and Poems from Black Africa of 1963. During the process of compiling the anthologies, Hughes wrote at length and often warmly to several African writers. The letters offer some insight into the very private Hughes and his generosity—though he was often broke, he sent gifts of money, books, records and even second-hand clothes to some of his even-poorer writer friends. Beyond individual connection, though, he also wanted to create a platform for African writers. These efforts were described by academic Stephen Gray as, “The Hughes-led project simply to put African literature in general, as he saw it, on the postwar English-language map worldwide.”

While his relationship with Bloke Modisane, a South African writer living in London, was especially caring and convivial, I was interested in the letters to writers based in Cape Town, my home city and where part of my novel was set. Hughes had corresponded with, amongst others, Richard Rive. Shane Graham, the author of Cultural Entanglements: Langston Hughes and the Rise of African and Caribbean Literature, writes that Rive often acknowledged how important African American writing and, in particular, the works from the Harlem Renaissance, were to Rive’s own development as a writer.

In the scholarly silence of the African Studies Library at Wits University in Johannesburg many decades later, I read the letters that passed between Rive and Hughes. Rive was charming, flirtatious, at times pleaded for favors, and loved to gossip (telling slanderous stories about writers who are still alive today in South Africa). Hughes was always offering his assistance and guidance, introducing Rive to his literary agent and advising on how he might improve his writing. The two men’s views were not without disagreement, and mostly on the topic of Hughes’s outdated understanding of Africa. Nonetheless, they set in motion an exchange that today seems extraordinary: collaboration and a transatlantic exchange of ideas that Hughes found personally and intellectually fulfilling. Rive would not be the only South African to dedicate a book to Hughes.

Today, Hughes remains an intriguing and beloved figure on many continents. Around his presence there remain many silences—especially around his sexuality and political beliefs—mainly due to Hughes’ discerning approach to self-disclosure. What we do know is that, aside from being one of the most important black writers of his (or any) generation, Hughes elected to grow networks for black writers by creating mentorships, friendships, and through his financial and emotional support. From a position of some influence, he pulled up other black writers but also encouraged an equal exchange of ideas and culture. He did this decades before it was popular or convenient to do so.

That Hughes could influence my novel in such profound ways, more than 50 years after his death, says that his influence, his voice, and his work endure for yet another generation of African writers. 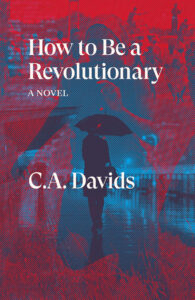 C.A. Davids’ How to Be a Revolutionary is available now via Verso.

C. A. Davids is an author and the publisher of everychild books. Her debut novel, The Blacks of Cape Town, was published in South Africa and shortlisted for the Edinburgh Book Fest’s First Book Award, the University of Johannesburg Debut Writing Prize, and the SALA First-time Published Author Award, among others. How to Be a Revolutionary is her latest novel. 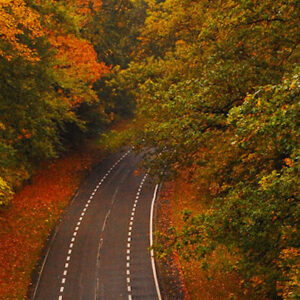 When I was in graduate school for my MFA, I had lunch with my friend John, who was studying industrial psychology across...
© LitHub
Back to top
Loading Comments...