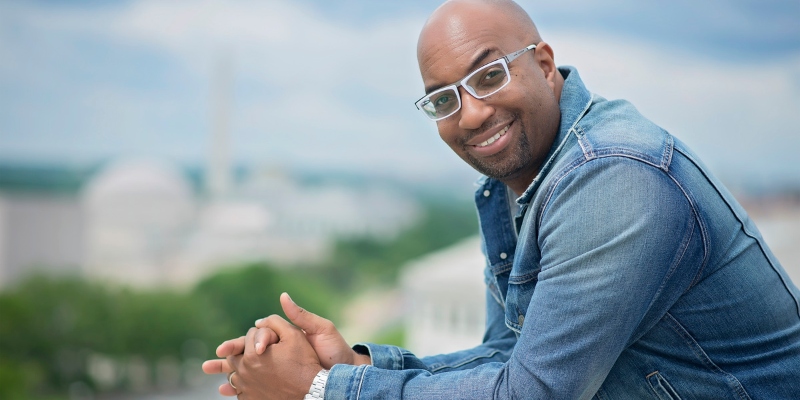 Kwame Alexander on Learning, from a Young Age, to ‘Use His Words’

This week on First Draft, Kwame Alexander joins Mitzi to discuss his book Light for the World to See, out now from Houghton Mifflin.

Mitzi Rapkin: You open the book with a preface called “Freedom Now.” You’re writing about an incident of yours from childhood in 1978. There was a police killing of Arthur Miller, who was a Black civic leader. You’re going on this field trip, and you’re scared at first; you’re going with your school and your dad is saying, “You know, everyone’s going,” and you’re scared because you’ve seen the violence. But when you get there, there’s a reverend chanting, and you’re chanting, “We’re fired up, we can’t take no more. We’re fired up, we can’t take no more,” which is poetic in itself. And I was thinking maybe that that instinct for poetry was rooted in you in times like those, when you started off one way and ended another?

Kwame Alexander: Absolutely. I think poetry in my life, from a very early age, it dictated my creative agenda for the years to come. I tell people all the time, I didn’t find poetry, it found me. You talked about what happened in ’78 with the killing of Arthur Miller in Crown Heights, which I talked about in the preface, but it started much earlier than that. I couldn’t articulate how much I loved poetry or how much it meant to me. But it started much earlier for me—as a two-year-old, as a three-year old. We lived in New York City and my parents were in graduate school at Columbia University studying to become educators. They had a focus on multicultural children’s literature, which meant that books were everywhere in my home. I don’t remember toys; I’m sure I had them. I don’t remember what I ate; obviously I ate. But I remember the books. At three years old, I remember Spin a Soft Black Song by Nikki Giovanni. I remember Dr. Seuss’s Fox in Socks. And apparently, it was my favorite book at that age: “fox in socks, fox in box.” I wanted to read it all the time. I wanted to be read to. I memorized it.

One particular day at school at the end of the day, I had built a house out of blocks. And a classmate, another three-year-old, knocked over my house. I was livid. I wanted to show my mom when she got to school what I’d done. And so, I responded as if he wanted to fight. And I responded with the only weapons I had, and I said, “Those were my blocks that you flipped. Lest you want a quick payback, better fix my quick block stack.” And the kid started crying. When my mom came to pick me up, the teacher said, “Mrs. Alexander, we have a problem, your son is arrogant. He intimidates the other kids with his words.” My mother said, “Thank you, we teach him to use his words.”

So I think for me, poetry has been the language that I’ve learned to communicate in, the language that has built confidence in me, the language that allowed me to find my voice, the language that allowed me to know my worth. And continued throughout my schooling and my childhood. And so on the Brooklyn Bridge in 1978 with hundreds of other classmates who were marching with me to protest police brutality, when I heard “We’re fired up, we can’t take no more. We’re fired up, we can’t take no more,” that was a refrain of resistance that was that poetic moment that built confidence in me, that allowed me to stop crying and feel like this is going to be okay. I think literature has done that for me throughout my life. When I write, ultimately, I am trying to do the same thing. I am trying to empower. Yeah, I gotta write it in a way that’s entertaining. But ultimately, I think I’m just trying to teach.

Kwame Alexander is a poet, educator, and the New York Times Bestselling author of 32 books, including The Undefeated, illustrated by Kadir Nelson, How to Read a Book, illustrated by Melissa Sweet, Swing, Rebound, which was shortlisted for prestigious Carnegie Medal, his Newbery Medal-winning middle grade novel The Crossover, and the poetry collection Light for the World To See, among others. 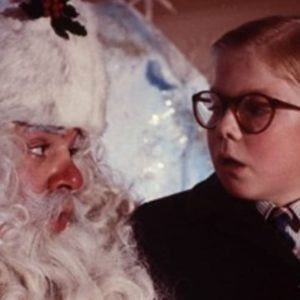 On today's special holiday episode, Rider, Tod, and Julia discuss the work of storyteller and humorist Jean Shepherd, whose...
© LitHub
Back to top