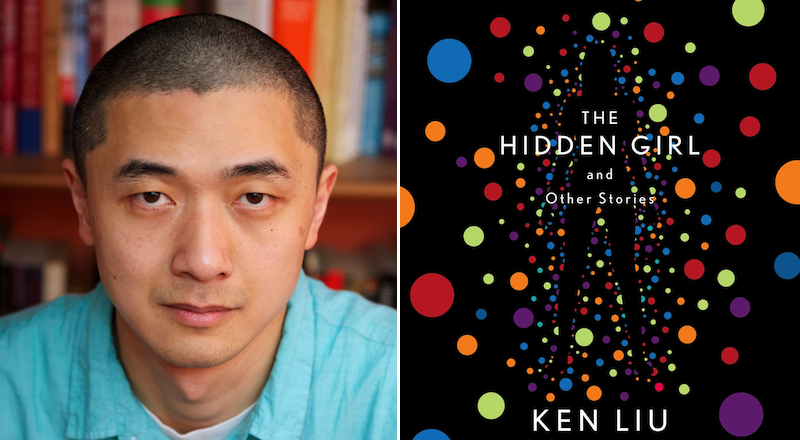 Ken Liu on Identity and the Limits of Human Empathy

Ken Liu’s second collection of speculative stories explores migration, memory, and a post-human future through the eyes of parents and their children.

Whether his characters are adjusting to life on a new planet or grappling with moral quandaries—like whether a consciousness uploaded to a server is still human—his characters struggle with the age-old task of forging their own identities apart from the definitions and limits imposed by society, biology—or their parents.

“We all have the experience of not wanting to be labeled, of being put into categories that we naturally feel a sense of resistance to,” Liu says.

On New Books in Science Fiction, he and host Rob Wolf discuss several of the stories in The Hidden Girl and Other Stories. They also talk about the art of translation and the role Liu has played in introducing English-speaking readers to some of today’s great Chinese science fiction writers.

Rob Wolf: A lot of the stories in The Hidden Girl and Other Stories grapple with history, what it means to remember history, what memories and stories get passed down. How do those themes play out in the first story, “Ghost Days,” which unfolds in three places and times—Hong Kong in 1905, Connecticut in 1989, and a planet called Nova Pacifica in 2313?

Ken Liu: It’s three stories, one nestled within the other in a recursive way. So you start the first story and you go back in time to start the second story and then go back in time some more to start the third story and then you go back up the stack to unwind the story all the way out to the outermost layer. Through it all, the one constant is this little artifact from Earth’s past that links the three stories together as a kind of family tradition, the family memory. The story overall is a meditation really on what it means to be connected to our past and how do you make that history new and rejuvenated every time…

Take the Nova Pacifica story. The protagonist, a little girl, is post-human. She is the child of human colonists, but she has been genetically engineered to live on this new planet, to be adapted to its chemistry and its physiology. She’s in school, and the teachers, who are humans, try to teach her about the history of humanity, and humanity’s past heroes. And she’s very resistant to it because, in her view, these are not her heroes, and she doesn’t have a connection to them. But by the end of the story, she willingly tries to participate in the ritual and to reenact the stories of these heroes, but with her own interpretation of what she’s doing, with a new meaning on it.

RW: In the story “Thoughts and Prayers” you deal with three of the most horrific phenomena of our time: mass shootings, trolls, and social media. A mother keeps the memory of her murdered daughter alive by uploading her images and videos to the internet and turning her into an advocate for gun control, but her image and memory get hijacked by trolls. No one wins.

KL: I think what I wanted to do with this story is to explore our obsession with narratives, with stories that somehow allow us to perform our empathy. This is something that I have become more and more skeptical of. Oftentimes the way we praise a piece of art or a creator or somebody who has become a cultural icon is to say that they’ve humanized some condition, that they’ve humanized some suffering. So if a book is about the experience of prisoners, it has to “humanize” the prisoners and to make their suffering relatable to us in some way, or if it’s a refugee narrative, it has to be a story that somehow “humanizes” the experience of being a refugee.

We ought to accept as a given that the victims who die in a shooting are in fact human beings who have been horribly killed. We don’t need to have their stories told in a humanizing way to arouse our sympathies. We shouldn’t at least. But it seems like in our community, in our society today, where attention is such a scarce resource, we have to constantly tell these stories to demand that we pay attention to them, to put a face and a name to some abstract vision of suffering. And I really am very concerned about our demand for victims to perform for our benefit… We seem to be OK with demanding folks who are suffering to perform their pain. And I’m not OK with that.

Liu was on New Books in Science Fiction in 2015 to discuss the first book in his epic fantasy trilogy The Dandelion Dynasty.

Sarah Kendzior: 'Where We Are Now Is Where I Feared We Would Be' 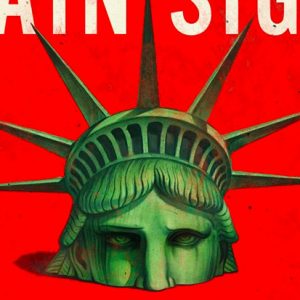 Sarah Kendzior: 'Where We Are Now Is Where I Feared We Would Be'

Sarah Kendzior is this week's guest. Her new book, Hiding in Plain Sight: The Invention of Donald Trump and the Erosion of America,...
© LitHub
Back to top