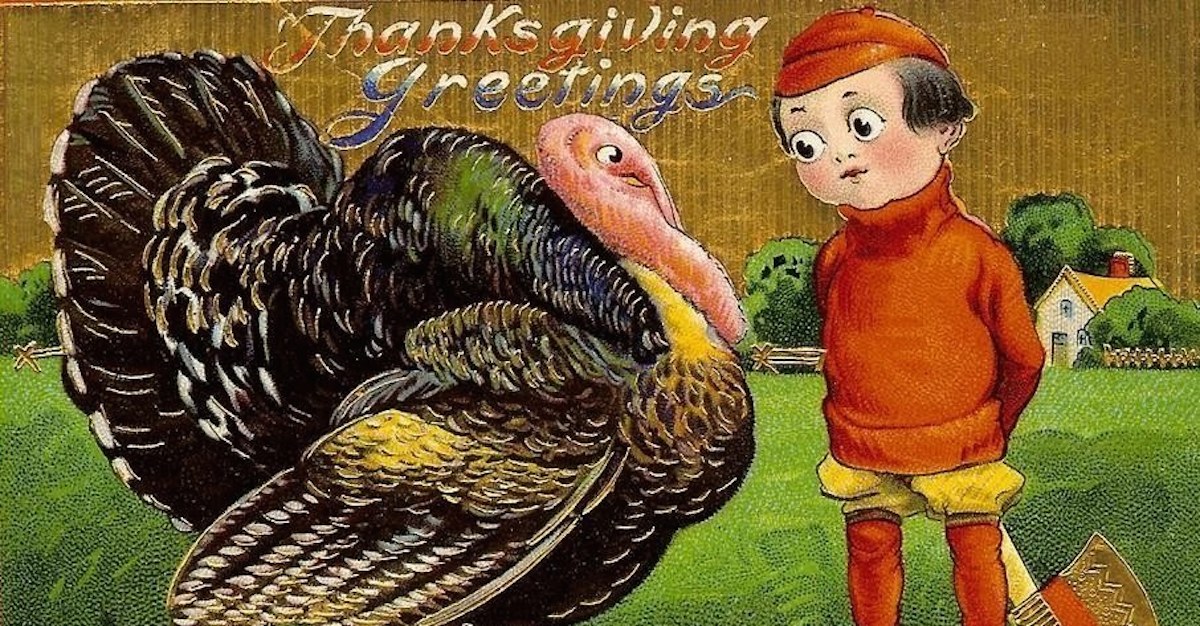 In Search of Tradition, One House at a Time

Every October 12th, in the small town in Northern California where I grew up, we sang a song about Christopher Columbus that taught us to hate him. In 1492, Columbus sailed the ocean blue / it was a courageous thing to do / but someone was already here. A humorless parent in a hemp kaftan led us in the polemic on her gleaming stand-up bass: The Innuit, the Cherokee, the Aztec and Menominee, the Onondaga and the Cree / Columbus sailed across the sea, but someone was already here.

So began my introduction to the country where I was born, and that song stuck in my mind and followed me around, particularly when it came time for Thanksgiving. For political reasons and others—my mother was an irreverent woman, averse to planning, who once rescheduled Christmas—Thanksgiving was never much of an occasion in my family. There were no distinctive stuffings made year after year, no cornucopian centerpieces to be unpacked, no stories to be suffered through again. Instead it became a kind of tour: of other people’s ceremonies, of other people’s property, of other people’s internecine disputes.

For a few of my early years, when my very Irish great-uncles Frank and Ed were still alive, we went to Frank’s house in San Francisco, which sat on a hill and was filled with the clocks he fixed as a hobby: every half hour they all went off, cuckoos and grandfathers and the one whose face was a cat and whose hour hand was its tail. Mostly, Frank and Ed drank scotch until they were saturated enough to sing the mordant ballads their parents had taught them. I inevitably cried when they focused their blue stares on me and began with “I’ll Take You Home Again, Kathleen,” a song that is about as happy as a hospital waiting room. (The roses all have left your cheeks / I watched them fade away and die.) Though it horrified me then, I now think of that time—their voices meeting in that dirge, those heavy glass tumblers, the ridges from the can still visible in the cranberry sauce, that fog obscuring the city we should have had a fine view of, the cacophony of so many hands striking the hour—with longing, for it was the only thing close to a tradition I ever had. Soon Frank couldn’t maintain all the clocks, because his fingers looked as though they had been inflated, and then he was gone.

In the Thanksgivings that followed, my mother and I were always the guests; she was always invited somewhere, because she was as beautiful as she had been in her modeling days, and because she loved to hug and to kiss, and because she passed around joints and spit out punchlines that made the long tables laugh. I didn’t say a ten-inch pianist, she would cry, at the close of a favorite joke. At one host family’s holiday, the tradition was that the person to find the bay leaf got the first bit of dessert. At another’s, the first person to fall asleep after a meal was to be woken with a pair of cymbals. We left as we had come, with next to nothing in our hands, my mother in her maroon shawls and tawny capes, and drove back to whichever apartment we called home then. I don’t believe I thought it strange, though I do remember the moments in between courses, or in the soporific hour after the meal, or during some adult discussion that I didn’t understand, I would slip away to see the homes attached to these rituals. I marveled at the granite kitchen islands, the wooden knife blocks, the school portraits lined up year after year so that you could watch a person become themself. I walked up carpeted stairways, my hand on the rail, my eyes closed so that I could better appreciate the feeling underfoot. In a Berkeley Victorian belonging to an elegant lesbian couple, I snuck into the master bedroom to wonder at the circular mattress under the wooden bay windows. It seemed to me the zenith of luxury, and, for reasons unknown, I crawled underneath the bed and fell asleep on the floor. I remember the feeling of waking to my name being called by so many people, all their voices so different, all their frantic steps taken just to find me.

It was sometime in my teenage years that I began to resent this peculiar kind of tourism, that I began to worry we were seen as objects of pity, that I began to hate the anecdotes that may as well have been told in another language. All my mother’s explanations—that Thanksgiving was a grotesque revision of the vicious imperialism that fashioned our country, that meals were better when shared with many—were not enough. I couldn’t hear the answer hiding inside her answer, which was that she did not want either of us to endure the quiet that is a meal for two. Of five children, only she and a distant brother remained; her siblings, the keepers of her stories and customs, were gone too young by suicide and overdose and AIDS. She did not want to share a holiday with any ghosts, those awful guests who cannot eat or speak. I understand now how much it takes to remove those visitors from the table—how much light and sound and love from the living.

Yesterday I walked down to my butcher to speak to him about turkeys; I’m hosting my first Thanksgiving this year, and though I’ve become a capable cook, I have no idea what to do with this particular bird. Sensing my distress, he set down his knives and tools and spread his hands on the counter, laid some papers before me, talked to me about pounds per guest, about free-range and heritage, trussing and basting. I thanked him and told him I would be back after I’d considered the options, and I walked the long way home thinking of the other things I would make, apple and chile soup, lemon and rosemary muffins, and how I might arrange the table, chrysanthemums cut to float in a green glass bowl, a spear of thyme and orange in the water pitcher. I’m looking forward to the arrival of friends from California, and how they’ll talk to those from New York, but I’m frightened, also, of those other guests, the invisible ones my mother was afraid of. I know they will take me, at some point, away from the conversation at hand, to ask what they always do: Will you forget? Have you forgotten? And I’ll excuse myself to get another napkin, to uncork another bottle, and the answer will be no, never, I could not forget, and then I will return to the table, which will remain as I have arranged it.

Someone was already here—I always think of that song when I think of my country, and when I think of Thanksgiving. It’s a good reminder of the people we are, Americans, ones who decided they did not need the weight of European histories, ones who stole from and obliterated other people to feel at home, ones who insisted their own stories would be long and rich enough. Why, I often wonder, are we a country of people who do not, in general, know anything about our great-grandparents? Why have we become not only the second-highest global consumer of antidepressants, but a people who insist on ending every sentence with an exclamation mark? Why are we a people who leave the place they are from, who insist on building their identities from the ground up, who accept only the life that they have carefully, specifically, at every interval, chosen? I ask these questions and I simultaneously observe myself as a person who left the family and place and class she was from, who is sad but enthuses, who would have it no other way.

I think of my mother on Thanksgiving, of her ringing the doorbell of those houses, Craftsman and Victorian and Spanish Colonial, and leaning down to kiss me. I think of her striding into the arms of her friends and embracing them as though they had known each other from birth, of her strolling into the kitchen and taking on whichever job was necessary. I think of her adapting to whichever story we were in, despite all the stories that were already there, carved onto her so she could always feel them, and I think: How sad. How brave!

Born in Northern California in 1988, Kathleen Alcott is the author of the novels Infinite Home and The Dangers of Proximal Alphabets. Her short fiction, criticism, and essay have appeared or are forthcoming in The New York Times, The Guardian, ZYZZYVA, The New Yorker.com, and elsewhere. 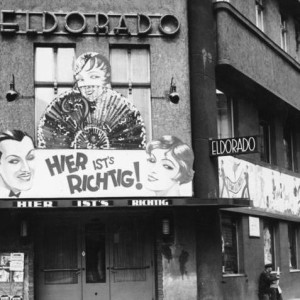 Last spring I bought a one-way ticket to Berlin. I had been living in New York after finishing my MFA at Hunter College,...
© LitHub
Back to top