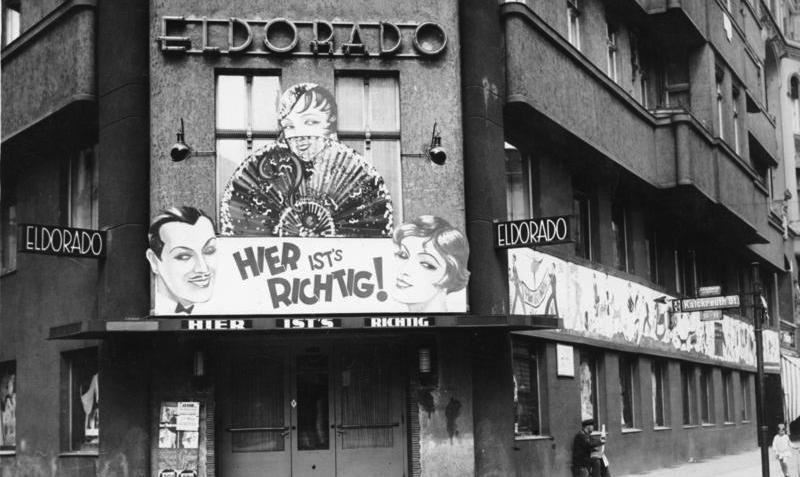 Fatin Abbas on Discovering the Freedom to Fail

Last spring I bought a one-way ticket to Berlin. I had been living in New York after finishing my MFA at Hunter College, and was working on my first novel. I had decided that if I wanted to exist as a writer, I needed to leave New York.

On my previous visits to Berlin, before moving, I’d sensed a kind of freedom there that was no longer possible in New York. On a basic level it had to do with affordability. Berlin is still a city where you don’t have to be rich to live decently. I needed time to write, and worked out that my savings would buy much more of it in Berlin. My years spent in New York (where I had also grown up), had made it clear to me there was less and less room for failure in that city, and therefore less room for creative freedom. Life has simply become too expensive there for all but corporate types.

The freedom that Berlin affords to experiment and to fail isn’t just about economics, though. It also has to do with history. Berlin is a city that has experienced disastrous failure and has regenerated itself. It was leveled to the ground by the Allies at the end of World War II. It was torn in two by the Wall. And then it was put back together. There’s a way in which the city, given this history of disaster and rebirth, allows for the possibility of failure and growth all at once. It’s a useful context for a budding writer. Writing, and indeed all creative endeavor, as Samuel Beckett reminds us, is about failing: “Ever tried. Ever failed. No matter. Try again. Fail again. Fail better.”

The way in which history constantly taps you on the shoulder in Berlin is one of the things I love about it. I live in the neighborhood of Alt-Treptow, bordering Neukölln and Kreuzberg. The Berlin Wall ran right through this part of the city, dividing East and West. Treptow was in the East, Neukölln and Kreuzberg in the West. Each day, crossing the canal into Kreuzberg or Neukölln, I pass a plaque on the pavement that reads: “Berliner Mauer, 1961-1989” (“Berlin Wall, 1961-1989”). You can’t ever forget about the Nazis or the Holocaust or the Wall here. It’s probably why the city is so political. Right-wing culture is alive and well in Berlin, but so are anti-fascist movements and a left intent on fighting neoliberalism. People protest here. They open their homes to refugees. They occupy buildings. They organize against property developers. There is a spirit of contestation which is exhilarating, especially compared to the inertia that often dominates back in the States.

Having roots in Sudan, I also find myself seeking out those histories of the city that are not so visible—Berlin’s colonial legacy, often overlooked amidst the wreckage of World War II and the Cold War. This is the city in which Africa was carved up by the colonial powers and dished out, at the Berlin Conference of 1884-85. More than 30 years before the Holocaust, Germany was already trying its hand at genocide in Namibia, one of its two former colonies in Africa.

The bleakness of the city’s past sits alongside its joyfulness, its love of pleasure, its Dionysian disorder. Many people I know, including Germans, are amazed at how a city such as Berlin can exist in a country such as Germany—that most straitlaced and ordered and serious of nations. It’s a strange contradiction: Berlin’s wildness, its untamed quality, is a direct result of its place at the center of German history, and yet this is also why the city is an anomaly. It’s an unconventional city with an unconventional history, and because of this it attracts nonconformists.

But Berlin is changing, in no small part because of people like me: Americans and Brits and Germans from wealthier parts of the country who are flooding in for cheap rents and quality of life. Neighborhoods are being gentrified, competition for housing is fierce, and despite the city’s attempts to address the issue, the cost of living is rising. This not only threatens the city’s open, experimental nature, it also means that many native Berliners have begun to feel out of place. It’s a question I’m still grappling with: how can I be a part of this wonderful, wild city, this city that frees me up to fail better, without contributing to its degeneration into another corporate capital, another New York or London?

It’s true that I’m not your typical American or European ex-pat in Berlin. I inhabit a strange location between the privilege of being an American citizen (in terms of holding the “right” passport), and the marginalization that invariably comes with being a black immigrant with a Muslim name, in a city that is not only overwhelmingly white, but which still has a considerable number of neo-Nazis roaming around. In that sense—in the sense of being a black body in the city—I’m happy to change Berlin. There’s a satisfaction to be had in making myself at home in a place with such a deep fascist legacy. The office where I go to write everyday is shared with a Pakistani and a gay American Jew, both academics who have been living in Berlin for years. We’re a group of undesirables: black and Jewish and Muslim and queer. I like to think that Berlin has room for us all.

Fatin Abbas will be reading tonight in Berlin from her contribution to Freeman’s, for that magazine’s launch party. She’ll be reading alongside Taiye Selasi and Michael Salu.

Fatin Abbas gained her MFA in fiction from Hunter College, CUNY. She is at work on her first novel, an excerpt of which appears in the inaugural issue of Freeman's (October 2015). 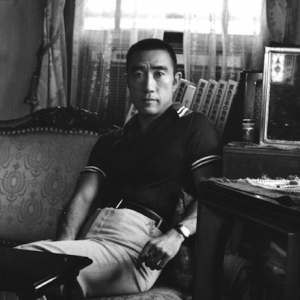 Kathleen Alcott on the ghosts of Thanksgivings past. | Literary Hub The moment that changed the Cold War forever:...
© LitHub
Back to top