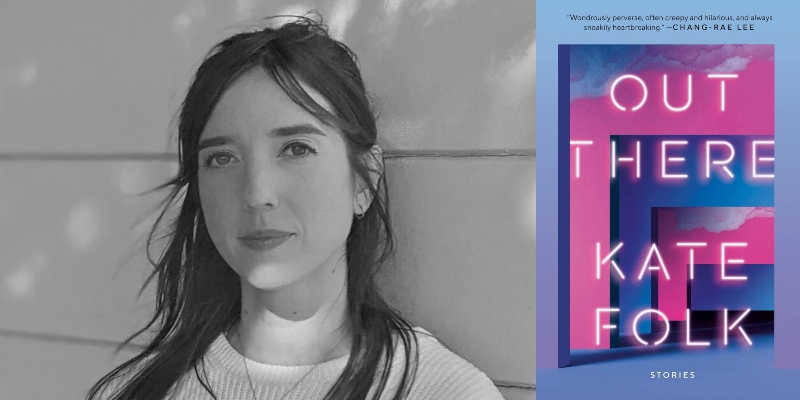 Kate Folk is the guest. Her debut story collection, Out There, is out now from Random House.

Brad Listi: For a writer who’s writing speculative, kind of sci-fi stuff, I’m wondering about how you generate it and what kinds of things you’re paying attention to that might lend your brain to creating this material. What are you reading? How are you paying attention to things? Are you tuned in to technology to a degree that maybe most literary writers are not?

Kate Folk: That’s an interesting question because I don’t think any of it is that deliberate. I end up writing stories that feel interesting to me, and I never know if they’ll be interesting to anyone else. But I think that my life is enmeshed with technology probably the same way it is for most writers these days. I’m always scrolling on Twitter, to the point where it does feel kind of sickening sometimes. And yet I haven’t found a good way to moderate that, and I’ve just given up trying to moderate it. I think it’s just being a part of the world we live in now, and especially with the pandemic, it’s just accelerated the way we live online even more, especially for people like us or media people who work on Zoom and from home a lot of the time.

I’ve always been drawn to weird stories. The first big one was The X-Files when I was a kid and a teenager, and kind of eerie stories. In fiction, I was really drawn to Amelia Gray’s work after I graduated from the MFA. I’d been in this mode of thinking that I had to write realist fiction during the MFA. I don’t even think that was imparted to me by my professors.

Brad Listi: What MFA, may I ask?

Kate Folk: I went to the University of San Francisco here in the city, and I graduated in 2011. I feel like there is still this divide between realist literary fiction and more speculative fiction. And then there’s the whole genre fiction world, which I’m less familiar with, and so I feel like a bit of a tourist writing sci-fi, if you want to call some of the stories sci-fi. But there definitely is a moment for that crossover literary/speculative fiction. There’s a theory that stories go more into this weird terrain when the times are uncertain politically and culturally and there’s a lot of chaos and confusion, so the stories end up getting weirder in response to that.

*
Kate Folk has written for publications including The New Yorker, The New York Times Magazine, Granta, McSweeney’s Quarterly Concern, and Zyzzyva. She’s received support from the Headlands Center for the Arts, MacDowell, the Vermont Studio Center, and the Virginia Center for the Creative Arts. Recently, she was a Wallace Stegner Fellow in fiction at Stanford University. She lives in San Francisco. Out There is her first book.

My Friend Roger: Taking a Master Class in Film During the Pandemic 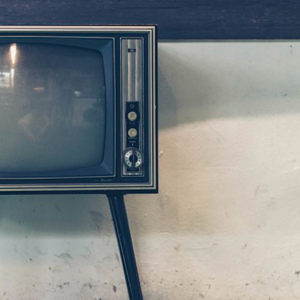 As a politician, Margaret Thatcher always needed enemies, and in her own mind the BBC fitted the role perfectly. Like the church,...
© LitHub
Back to top