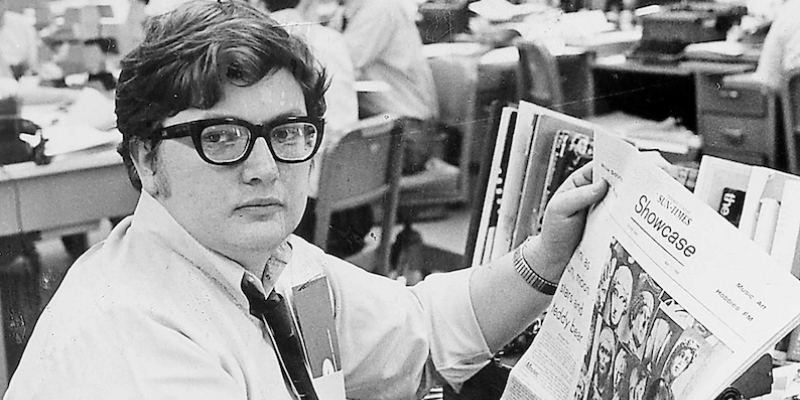 My Friend Roger: Taking a Master Class in Film During the Pandemic

Of all the relationships that waxed and waned during the heart of the pandemic, one person I didn’t expect to create a meaningful friendship with was a dead movie critic.

I work in the book industry, and one of my early acquisitions from the “free bookshelf” at Random House was The Great Movies (Volume 1) by Roger Ebert. A surefire way to get me to my favorite theater, Film Forum, was when they were playing an old “Ebert Movie.” There, I watched films that I may not have otherwise sought out: Days of Heaven, The Life and Death of Colonel Blimp, and Kind Hearts and Coronets. When an Ebert Movie showed at Film Forum, I’d make a point to go see it, read the writeup from the book, and check off the title in the table of contents. Gradually, I came into possession of all four volumes, and I’d look over the lists from time to time, cross-referencing with theater listings.

But when everything shut down in March 2020, the volumes of The Great Movies took on more significance. I wasn’t joining the sourdough movement, but what if I could watch every movie in these books?

Suddenly, I had a project.

I made a few guidelines for myself, but no hard and fast rules: I didn’t need to watch “in order”—Ebert never ranked the films; they were just his favorites, listed alphabetically. If I had already seen a movie, I need not watch it again (and I’d already seen around 30 to 40 by the time I started watching in earnest). I wouldn’t check off the movie before also reading Ebert’s writeup. As a cost-saving effort, I tried to avoid subscribing to any more streaming services but vowed to get creative. Ideally, I’d try to see every movie in all four volumes by the time the pandemic “ended”… whenever that might be.

I wasn’t joining the sourdough movement, but what if I could watch every movie in these books?

Up first was Yojimbo, directed by Akira Kurosawa—I tried to ease myself in with a director I was moderately familiar with (and who hasn’t seen Rashomon in some intro to film or literature class?). Yojimbo is a Japanese Western; as I learned from Ebert’s writeup, it takes its inspiration from a Dashiell Hammett novel, and later inspired A Fist Full of Dollars. Already, I knew that I was in deep. I wanted more.

My project introduced me to movies of all kinds: silent films like the original The Phantom of the Opera; a French movie about a mistreated donkey called Au Hasard Balthazar, after which I jokingly decided to watch only movies about donkeys going forward. I tried not to be intimidated by three-hour-plus movies like Barry Lyndon and Fanny and Alexander. Ebert yanked me out of my comfort zone with WR: Mysteries of the Organism—an avant garde film mixing documentary and other elements looking at the intersection of communist politics and sexuality, and El Topo, an explicit Mexican Western that was “lost” until 2007 and is now a cult classic.

I very much enjoyed a film about Buddhist Monk who lives on an island in the middle of a lake called Spring, Summer, Fall, Winter… and Spring. I watched all ten hours of the moving and heartbreaking Holocaust documentary Shoah and discovered a Peter Sellers movie called Being There, which was surprisingly poignant and felt relevant to the political times we were living through.

While all our worlds were shrinking, I was able to expand mine by traveling through time and space with my friend Roger.

Despite being a relatively low-key project, it wasn’t without its trials. Among them, there were a few obscure films to track down that weren’t streaming anywhere, for rent at any library or via Netflix DVD (yes, you can still do that!). Reader, I broke down and bought them on eBay—including Decalogue, a ten-part Polish TV series reinterpreting the Ten Commandments. I also resented some of Ebert’s quirks: Why, for example, did he include Bergman’s Trilogy as three separate films and The Apu Trilogy as just one? It was mildly infuriating to me that I couldn’t just watch Pather Panchali and check it off—I had to commit to three films for the price of one. And did I really need to watch Ivan the Terrible: Part II, Roger? I think I got the gist of it after Part I.

Eventually, I started to see where my tastes overlapped with Roger’s—and where they digressed. Sometimes, truly, I wondered what he was thinking by including certain “great” films. Get a glass of wine in me and I’ll give you a few choice words on a Kiefer Sutherland flick called Dark City. But I loved that Roger was a critic for the people: he could elevate movies like The Big Lebowski and Groundhog Day to the same level as The Battle of Algiers, and do so in an elegant, smart, and funny way. (I won’t even talk about the other film critic with a compendium of 1,000 “must watch” movies, sullied by his obvious, massive crush on Nicole Kidman.)

On April 18, 2021, about a week before getting my second COVID-19 vaccine, I checked off The Fall of the House of Usher—the last on my list. I felt a twinge of sadness that my 14-month-long conversation with Roger was coming to an end. The stakes were incredibly low, I’ll admit. I didn’t take notes beyond my checkmarks, and even when pressed, I can’t report an exact number of movies that I watched, though it’s in the range of 350 to 400 (there isn’t a consensus of how many “Great Movies” exist because of how Roger listed trilogies and series).

But while all our worlds were shrinking, I was able to expand mine by traveling through time and space with my friend Roger. He helped me figure out my own taste in movies, and through his guidance, I learned about myself (I now consider Yasujirō Ozu among my favorite directors, alongside Rob Reiner and the Holy Grail Terrys, Jones and Gilliam). In the end, with Roger’s help, I discovered the kind of beauty I want to seek in my life going forward.

Beth Parker is a freelance publicist with her own firm, Beth Parker PR. A lifelong New Yorker, she currently lives in Astoria, Queens. 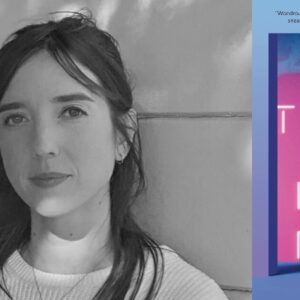 Kate Folk is the guest. Her debut story collection, Out There, is out now from Random House. Subscribe and download the episode,...
© LitHub
Back to top