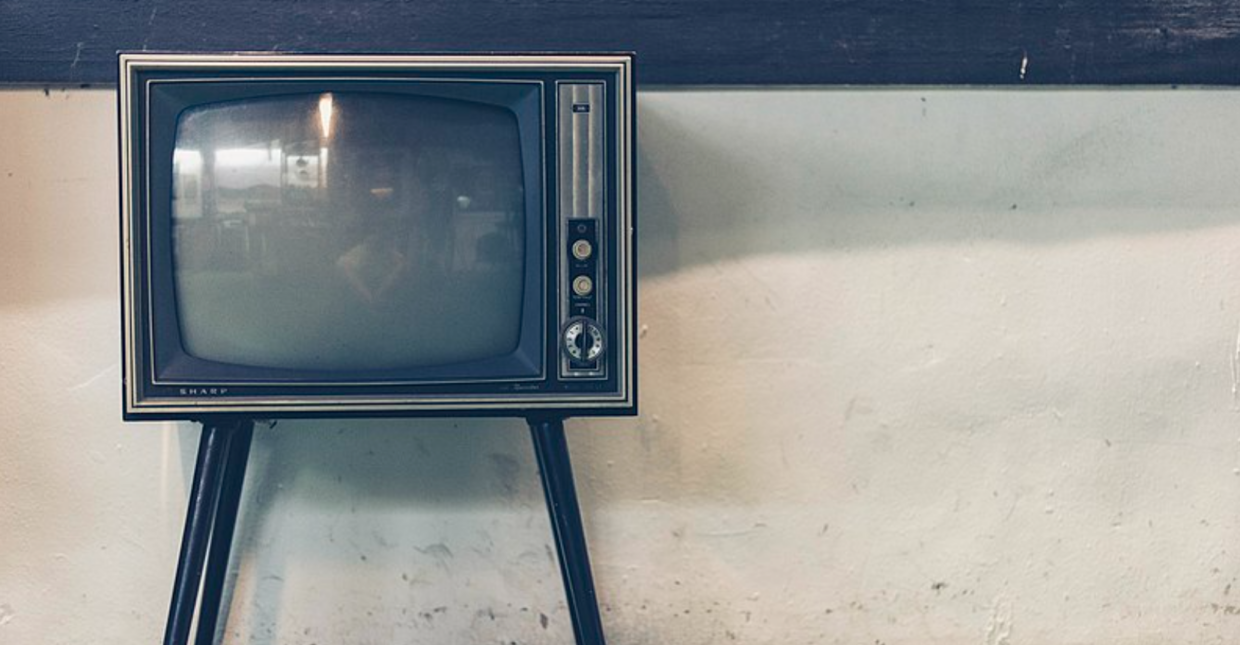 As a politician, Margaret Thatcher always needed enemies, and in her own mind the BBC fitted the role perfectly. Like the church, the universities, the civil service, and the NHS, it was not just a symbol of the corporate state, or of inefficiency and restrictive practices: it was one of the ideological heartlands of consensus, riddled with attitudes that were at best woolly, and at worst socialist. It was structurally—perhaps pathologically—unable to embrace the era of privatization, free markets and consumer sovereignty.

Indeed, having grown fat on the license fee—which amounted, she felt, to a kind of compulsory levy or state handout—it was emblematic of the bloated, inefficient, complacent public-sector strongholds that claimed to act for some strange sort of “common good” purely in the hope of protecting themselves from the correcting force of competition. Worse, it was influential. And worst of all—because perhaps this single irritating fact left the most painful shard of cognitive dissonance in the Thatcher mindset—it was popular.

The prime minister was by no means alone in her thinking. Her minister Norman Tebbit summed up the visceral loathing felt by many a Tory backbencher when he memorably described the BBC as that “insufferable, smug, sanctimonious, naïve, guilt-ridden, wet, pink orthodoxy of that sunset home of third-rate minds of that third-rate decade, the Sixties.” Yet it was Thatcher who remained the conviction politician par excellence, the animating force. The BBC’s political editor, John Cole, who interviewed her on many occasions during her time in office, remembers how she would always grab hold of every encounter and “impose her will on it.” “She had a kind of enameled self-confidence,” he said, “that didn’t allow for the kind of dialogue one might have had.”

On her occasional visits to Broadcasting House or Television Centre, she would lay into everyone she met for their alleged left-wing views, bustling through studios “like the proverbial dose of salts, exuding hostility and insulting everyone regardless of their rank or status.” Bernard Ingham was supposed to provide a buffer on such occasions, but as one of the BBC’s Governors observed, he was “even ruder than she was.” These whirlwind visits were, of course, just one part of a broader, more sustained campaign. As a senior news editor put it, “the BBC was being beaten up, pushed and shoved and pummeled for a very long time, relentlessly, week after week, month after month.” This went well beyond normal party-political axe-grinding, he decided: it showed that the BBC “in its very nature was anathema.”

Behind every measure lurked not just the desire to break open the broadcasting duopoly and boost competition, but a determination to push the notion of “consumer sovereignty”

When it came to finding ways to pounce on the BBC, one plank of the government’s approach was to weaken its competitive position in the broadcasting marketplace. Spending power was the critical factor. In the Corporation’s case, this was still determined almost entirely by its income from the license fee. Since this was something paid directly by members of the public, it was supposed to guarantee independence from commercial and political pressures. Yet it was governments that were responsible for periodically setting its level. And few politicians could resist the opportunity this provided to circumscribe the BBC’s freedom of action in ways that suited their own priorities.

It was, for instance, a determination to tackle inflation that had prompted Jim Callaghan’s Labour government to impose license-fee settlements that were punitively low, and which meant that the Corporation entered the Thatcher era already making drastic internal economies. It was hugely embarrassing that commercial television produced two of the most lavish and well-received series of the early 1980s, Brideshead Revisited and The Jewel in the Crown, while the BBC broadcast a sub-par American import, The Thorn Birds. But as the Controller of BBC1 explained, “The fact is we couldn’t have afforded to make Brideshead or Jewel in the Crown… those budgets were absolutely astronomical.” None of this cut any ice with a political regime convinced that there was more fat to be cut.

And among the prime minister’s loyal lieutenants there were now ministers like Nigel Lawson and Nicholas Ridley who were pressing for a Corporation shorn of whole radio networks and television channels. Even those in Thatcher’s cabinet who were inclined to be supportive were hinting that the license fee could no longer “be regarded as immortal.”

This shift in emphasis was given powerful support by a newspaper industry that had aspirations to get into broadcasting and which recognized that, as things stood, the BBC was their strongest competitor. Rupert Murdoch, and the man he installed as editor of the Sunday Times, Andrew Neil, were now in the vanguard of attempts to alter this state of affairs. Neil, an admirer of the American television system, was also deeply fascinated by new technology. He believed that cable and satellite, which had already created a radically expanded range of television channels in the US, presented an opportunity to give British viewers the cornucopia of choice they surely wanted and deserved—and which the bloated, overweening BBC had denied them for so long.

Might it not make sense to break the BBC into a series of franchises that could be bought by commercial companies?

It was hardly coincidence, therefore, that as the latest round of license-fee negotiations between the BBC and the government was reaching its climax in January 1985, the Murdoch-owned Times published a series of leading articles that challenged the Corporation’s historic status as national broadcaster. “The BBC,” it argued, “should not survive this Parliament in its present size, in its present form and with its present terms of reference intact.’ Was it not the consumer, rather than the producer, who was the best judge of the kind of programs that should be made? Might it not make sense to break the BBC into a series of franchises that could be bought by commercial companies?

Few ideas as radical as these could be introduced as easily as Murdoch demanded. And when Thatcher’s government made its only head-on attempt to kill the license fee completely, it ended in failure. The Peacock Committee, led by a Scottish economist of unimpeachable free-market credentials, was set up in March 1985 with the specific intention that it would recommend that the BBC switched to advertising. After seeing evidence that this would cause terrible damage to existing advertiser-funded services such as ITV, it baulked at the idea.

Its final report, published in July 1986, proved a bitter personal disappointment to Thatcher, but the notion of a smaller, less competitive BBC did at least now have a head of steam behind it. And there were plenty of other mechanisms for bringing this about. The license fee continued to be pegged to the retail price index or below. At a time of steeply rising production costs this meant wave after wave of real-term cuts. In June 1985, well-developed plans for a glittering new Norman Foster-designed radio center opposite Broadcasting House had to be cancelled, jobs in television’s technical areas—scenery, costumes, make-up—were shed, program budgets squeezed, and the purchase of new equipment frozen.

[The BBC] was structurally—perhaps pathologically—unable to embrace the era of privatization, free markets and consumer sovereignty.

For years, there was the threat of merger or radical change hanging over radio: a scheme to merge local radio with Radio 2, followed by another for local radio to merge with Radio 4, yet another for Radio 4 to be stripped of all its drama and comedy and features so that it could provide uninterrupted news. Meanwhile, legislation in Parliament deregulated the broadcasting industry and expanded the commercial sector: cable and satellite television was sanctioned, quality thresholds removed, and new commercial licenses made available in both radio and television.

Behind every measure lurked not just the desire to break open the broadcasting duopoly and boost competition, but a determination to push the notion of “consumer sovereignty,” in which listeners and viewers, not “producer elites,” were assumed to be the best judges of their own interests.

Thatcherism was now entering what has been called its Maoist phase, with government policy working in lockstep with a hostile press trying mercilessly to whip up public feeling against the Corporation. This was not just about its size or its alleged profligacy or its lack of commercial nous. It was also about bias or falling editorial standards. The London Evening Standard would go on about the BBC’s “remorseless mediocrity.” The Spectator would grumble about it being anti-British. The Daily Mail kept referring to the Corporation as “Biased, Bankrupt, Corrupt.” The Sun would shamelessly accuse it of being “boring” one day and “sleazy” the next.

Above all, there would be complaints that something had gone awry at that powerhouse of current affairs television, Lime Grove. Individual programs often provided the initial target. An early warning shot, predating even the Falklands War, had come in 1979 when a Panorama crew had filmed IRA men in balaclavas appearing at a road block in the village of Carrickmore, near Omagh. The footage was never actually shown, but the press played along with the notion—shared by politicians on both sides in Westminster—that any television report that featured paramilitaries amounted to giving legitimacy to men of violence.

The incident suggested that the BBC’s systems of editorial control were lax, and when Thatcher read about it she announced that it was “time the BBC put its own house in order.” BBC insiders were convinced that the outrage was being deliberately stoked up. But they could see what was really happening. “It was the first real indication that the politicians were gunning for the BBC,” one senior editor recalled. “And by God, they gunned for years afterwards.” 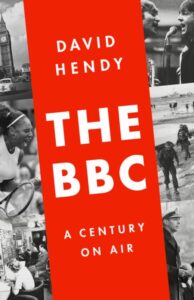 Excerpted from The BBC: A Century on Air, by David Hendy. Copyright © 2022. Available from PublicAffairs, an imprint of Hachette Book Group, Inc.

David Hendy is Professor of Media and Communication at the University of Sussex. His books include Life on Air: a History of Radio Four, which won the 2008 History Today-Longman Book of the Year Award and was nominated for the Orwell Prize.

Humpback Whales Are Recovering! And Other Surprising Pieces of Good News 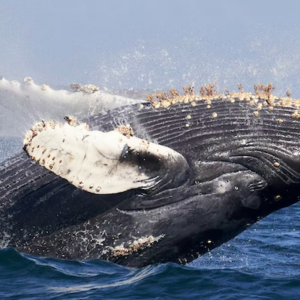 Humpback Whales Are Recovering! And Other Surprising Pieces of Good News

The following infographics are from David McCandless's Beautiful News, which focuses on fascinating positive developments...
© LitHub
Back to top
Loading Comments...