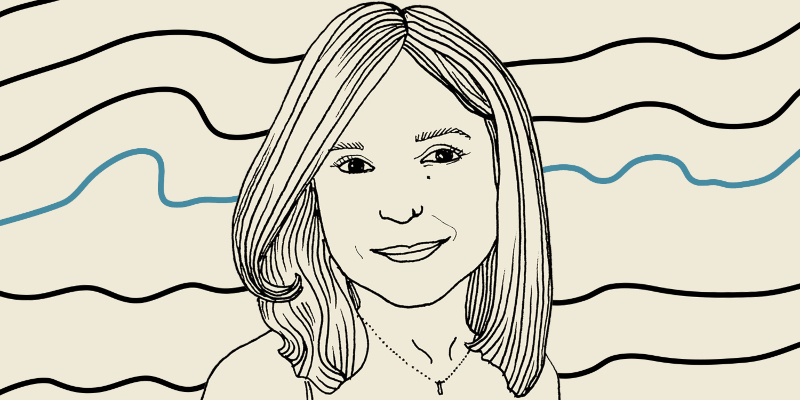 Have you had trouble sleeping lately? Did you take a pill for it? What if sleeping pills no longer worked and your insomnia was so acute it could kill you? In Sleep Donation, Karen Russell creates a scenario where the cure for insomnia mirrors the corporate greed we’ve come to expect from big pharma, and it’s a total nightmare. From sleep transfusions and corrupt toilet barons to a virulent nightmare so terrifying people choose to die rather than risk having it—this novella just might keep you up at night.

Karen Russell: With the Coronavirus, that was a real paradigm shift for me early on, when suddenly “flatten the curve” became ubiquitous. Everybody suddenly was an epidemiologist talking about flatten the curve. That language I found so effective because it helped me to understand I’m a vector of contagion. It’s not just that I’m assuming a personal risk when I go around, it was I could be spreading this thing. I could be an asymptomatic carrier of it. And for me, that felt so close to the horror of this Donor Y person. No one knows who it was, but this nightmare is this unprecedented disaster, a global disaster.

Initially, I had tried to describe [Donor Y’s nightmare], and the editor very wisely said it’s so much scarier if you only know the facts, if you only know that the outcome is that these women are jumping off bridges so they don’t have to dream it again. It’s true that any time I’ve tried to describe one of my own nightmares, you just see your friend’s eyes glazing over and their visible relief when you stop talking.

Amanda Stern: I thought that was very effective, the fact that you didn’t describe it. Because you’re forcing the reader into wondering at their own worst impulses. What could be the worst possible dream they could come up with? The not knowing is terrifying. Bu the parallel between being asymptomatic as COVID carriers is astonishing.

Karen Russell: I mean, I feel that just consciously too. I’m always aware of how hard it is to stay awake to your own motives in this life, how little we know sometimes about the lunging forces inside us. I think with dreams, especially—people like to talk about genre; they’ll ask about where does this sit on the continuum of realist fiction or the fantastical, the supernatural? I always find myself thinking about the fact that everybody lays down, we lay prone for hours every night and just model these universes, these phantasmagoria, and then we all wake up and eat our diet waffles or whatever and go about our day. It’s so wild to me. I mean, the most normie person, the turtleneck-wearing science teacher, he just lay flat for hours and had like a demon prong from inside him.

Karen Russell won the 2012 and the 2018 National Magazine Award for fiction, and her first novel, Swamplandia! (2011), was a finalist for the Pulitzer Prize. She has received a MacArthur Fellowship and a Guggenheim Fellowship, the “5 under 35” prize from the National Book Foundation, the NYPL Young Lions Award, the Bard Fiction Prize, and is a former fellow of the Cullman Center and the American Academy in Berlin. She currently holds the Endowed Chair at Texas State University’s MFA program, and lives in Portland, Oregon with her husband and son.

N. Scott Momaday on the Vulnerability of Prairielands 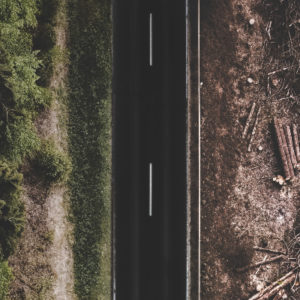