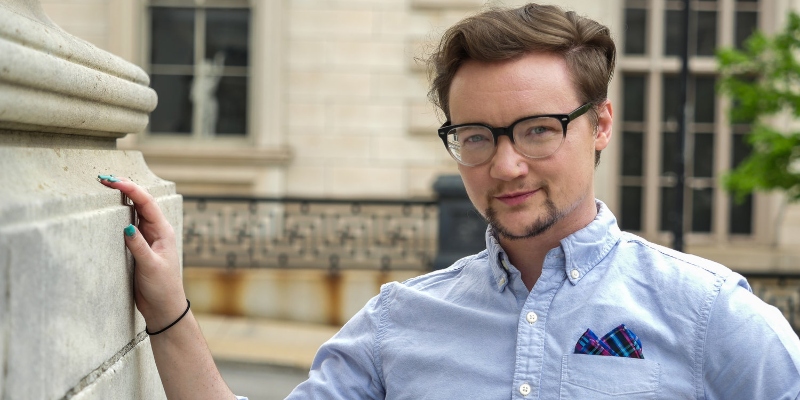 K.M. Szpara on Borrowing from Nietzsche to Title His
New Novel

Spring has sprung and we’re in the mood for adventure, so we asked K.M. Szpara to join us in the Damn Library for as close to an adventure as we can get these days: chatting about adventure novels! We talk about Kellan’s new novel First, Become Ashes and about cults—and then everybody geeks the hell out about Jurassic Park, because it’s worth a re-read (or three, or seven). Isn’t comfort reading nice?

Drew: Subdivision and Let Me Think: Stories by J. Robert Lennon + a bidet from Tushy

Christopher: New Yorkers: A City and Its People in Our Time by Craig Taylor // Everything Now: Lessons from the City-State of Los Angeles by Rosecrans Baldwin

Christopher: the works of Beverly Cleary // The Americans (streaming on Prime)

Kellan: Piranesi by Susanna Clarke // For All Mankind (streaming on Apple+)

Christopher: I’d love to start at the title. It comes from a Nietzsche quote, right?

Christopher: How did you decide on this for the title of your book, and why Nietzsche?

Kellan: Well, it makes me sound smart. No, actually, my friend Sarah Pinsker—she’s a very successful writer; she’s incredible—she was giving me title advice long ago when I was trying to publish my first short stories. She said, if I can’t think of something good from the text, I will often go to Shakespeare, which is just free and open, and I’ll do some keyword searches and see what I come up with. And if other people get it, then they feel smart. And if they don’t, they assume that I’m smart.

So, going to other thinkers and other creators of old or whatever to source titles is just simply a trick that I’ve picked up. But the prospective title for this book was actually He Who Fights Monsters. And we were sort of playing with it. There’s this whole thing where it is fantasy if you think it’s fantasy. Maybe it’s contemporary and it’s got kind of a literary feel to it and also genre conventions and pop culture. So we didn’t want the title to feel too much of any one genre. The monsters, we tried a couple of things that had to do with being anointed—all felt very religious and sort of like mainstream fantasy trope. So my editor was like, maybe you could just look around within the same sort of zone to see if anything else comes up. And of course, there’s this other Nietzsche quote—

Christopher: You mean the actual quote? Because I’ve got it up.

Kellan: Oh, you have it. Yeah, it says something like you must first burn.

Christopher: “You must be ready to burn yourself in your own flame; how could you rise anew if you have not first become ashes?”

Kellan: Yes. Thank you so much. We thought that really gave the feel. First, “become ashes” has a fantastical feeling to it in my opinion. And there’s this whole notion of like, Lark has to destroy a lot of what he knew and who he was in order to have a new start, become a new person. So this burning yourself, becoming ashes—I think of the ashes almost like that sort of final resting. In my head, I like to see them go twinkling down from the sky after some big epic battle or whatever. And so it has that notion of finalness to it. We just thought it touched a lot of nice notes. And thanks, Nietzsche, for making me feel smart.

The Man Who Ate Too Much by John Birdsall, Read by Daniel Henning

Here are 18 fresh titles for your new books Tuesday. 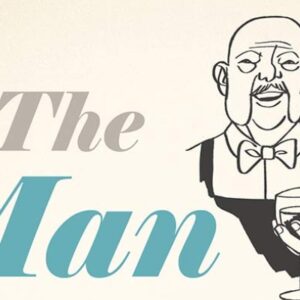 The Man Who Ate Too Much by John Birdsall, Read by Daniel Henning