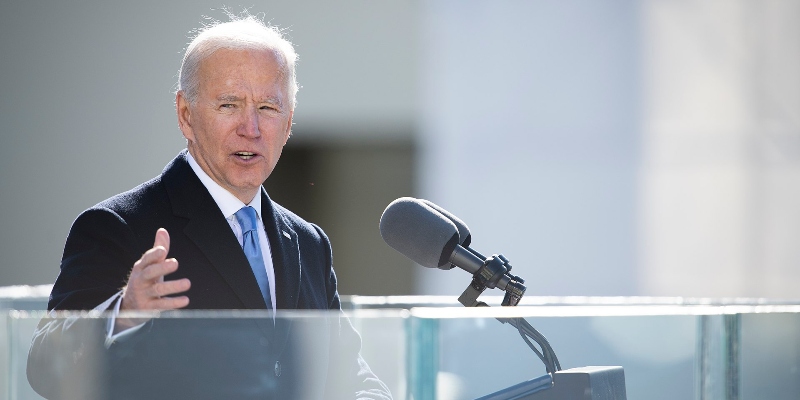 James Goldgeier and Bruce W. Jentleson Talk to Andrew Keen
on Keen On

The coronavirus pandemic is dramatically disrupting not only our daily lives but society itself. Keen On features conversations with some of the world’s leading thinkers and writers about the deeper economic, political, and technological consequences of the pandemic. It’s our new daily podcast trying to make longterm sense out of the chaos of today’s global crisis.

In this episode, Andrew is joined by Senior Fellow at the Brookings Institution James Goldgeier and Professor Bruce W. Jentleson of Duke University to discuss where America sits in the new pecking order when it comes to global superpowers.

James Goldgeier: Well, we’re really writing toward the new Biden administration. This was written in September, but with the expectation that Biden would win the election and come in. Our argument was really about his statements saying that once he became president, he would be declaring that “America is back.” And while certainly many around the world are relieved at his victory, especially among our democratic allies, it’s going to take a lot more after these past four years than simply saying America is back. There’s no entitlement for America to be the global leader, and the United States should have a lot more humility going forward about our political system, about our role in the world. We shouldn’t simply think we’re going back to some previous period when America was much more admired and played a much more definitive global role.

Andrew Keen: Bruce, you’re a bit of an expert, if you like, on American humility. You’ve written a couple of books, The Peacemakers and The End of Arrogance. Like Jim, are you arguing that America needs to be more humble in the post-Trump world?

Bruce Jentleson: Humble and also just more honest about the way the world has changed. You can’t just go back to the pre-Trump playbook. You’ve got to stop the bleeding, and you’ve got to talk to the Europeans and others and say it’s not all about us, we really want to work together. But I actually served the first three years of the Obama-Biden administration in the State Department, and you could feel even then, when people loved Barack Obama around the world, they still went their own way on a lot of policy issues, including friends of ours.

Bruce Jentleson: Well, that’s right. They have their own interests. But there is the sense, sometimes people think of the United States sort of like Ptolemy’s theory of the universe—that we’re in the center and everything revolves around us. You actually could think of it more like Copernicus, right? Each country has its own orbit. There’s something in the middle, the equivalent of the sun, that we gotta get to work together to keep us from crashing into each other. But that America’s back part that Jim talked about was very much a part of Biden’s speech. Some of it was campaign rhetoric, but there really was a sense that Trump did chocolate, we’ll do vanilla, and it’ll be like it was back when America was the great global power. Even then it wasn’t as great as we claim to be, but the world has changed so much in so many ways that a successful role for the United States in the world is partly more humble and just partly more realistic.

James Goldgeier is a Robert Bosch Senior Visiting Fellow at the Center on the United States and Europe at the Brookings Institution and a Professor at the School of International Service at American University, where he served as Dean from 2011-17. In 2018-19, he held the Library of Congress Chair in U.S.-Russia Relations at the John W. Kluge Center and was a visiting senior fellow at the Council on Foreign Relations. Prior to joining American University, he was a professor of political science and international affairs at George Washington University, where from 2001-05 he directed the Elliott School’s Institute for European, Russian, and Eurasian Studies. He also taught at Cornell University, and has held a number of public policy appointments and fellowships, including Director for Russian, Ukrainian, and Eurasian Affairs on the National Security Council Staff, Whitney Shepardson Senior Fellow at the Council on Foreign Relations, Henry A. Kissinger Chair at the Library of Congress, and Edward Teller National Fellow at the Hoover Institution as well as appointments or fellowships at the Woodrow Wilson International Center for Scholars, the Brookings Institution, and the Center for International Security and Cooperation. He currently serves as a member of the State Department Historical Advisory Committee, which reviews records, advises, and makes recommendations to the Office of the Historian, Foreign Service Institute, concerning the Foreign Relations of the United States documentary series.

Bruce W. Jentleson is William Preston Few Professor of Public Policy and Professor of Political Science at Duke University, where he previously served as Director of the Terry Sanford Institute (now Sanford School) of Public Policy. In 2015-16 he was the Henry A. Kissinger Chair in Foreign Policy and International Relations at the John W. Kluge Center, Library of Congress. He received the 2018 American Political Science Association (APSA) International Security Section Joseph J. Kruzel Award for Distinguished Public Service. In 2020 he will be the Desmond Ball Visiting Professor at Australia National University, College of Asia and the Pacific, and Visiting Professor, Barcelona Institute of International Studies (IBEI). 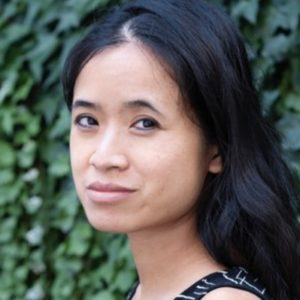 Te-Ping Chen is the guest. Her new book, Land of Big Numbers, is available from Mariner Books. From the episode: Te-Ping...
© LitHub
Back to top