Te-Ping Chen is the guest. Her new book, Land of Big Numbers, is available from Mariner Books.

Te-Ping Chen: That’s part of what makes writing the short story so fun. You start with an image or a stray idea or a voice of a character, and you don’t know what any of it means until you’ve written through. And then you’re like, oh, that’s who you are! It’s tapping into all these things that are unconscious until you write them and they become apparent to you, and hopefully the reader too.

Brad Listi: Did you ever have any that didn’t work? Were you like, there’s a unicorn on the street corner, and what if somebody was riding around on a unicorn?

Te-Ping Chen: Oh, in terms of those sorts of conceits? Well, I did write one story about a series of ghosts that kept popping up in someone’s home. I had a very specific image in my head of this old house in the Bay Area that was being inhabited by an elderly man, and all these ghosts kept walking in and out in a very matter-of-fact way. I really delighted in that image and his reaction to that, but it didn’t go anywhere. There was no connective tissue beyond the ghosts. I just was really tickled by that notion, and I ended up having to set it aside. So, yes, sometimes the ideas are just fun and delightful but don’t actually have their own gravity. But it’s still living on a hard drive somewhere, so maybe I’ll resuscitate it at some point.

Brad Listi: Yeah, who knows. Maybe it’ll become a novel or something. But I think there’s a lesson in that. When I would have an idea of that nature, I might pursue it for a page or two and then I’ll convince myself that I’m being silly or something. I have a hard time taking myself seriously, and what you’re saying is that you just found it fun.

Te-Ping Chen: It was fun. I think also it helped that none of them were too over the top. A lot of the tweaking on reality that happened in the book is told in a fairly realist way. There aren’t llamas spreading wings and starting to fly; nothing is too over the top.

Te-Ping Chen: Which I think also is really true to life in China, in which so many things already feel so over the top and genre-bending on their own. I always think one of the hutongs, a street that was incredibly popular with tourists and local sightseers. For a while there was this fashion in which people would wear these fake green plants on top of their head, these little sprouts. It was very fun and very silly. But sometimes when it was really crowded, so many people would be wearing these funny fake plants on their heads that you could almost trick yourself into thinking it was these moving green fields walking down the street. Just so many images like that you would encounter in China. I mean, it’s a country where the government literally controls the weather and decides when it’s going to rain. In Beijing at least.

Te-Ping Chen: Yeah, they can seed clouds. I have no idea how this technology works, but it’s something that they would do to clear the skies of pollution in advance of big political events when you wanted the skies to look camera-ready. Because, of course, most of the time the skies there—in Beijing in particular—are incredibly gray and polluted and smoggy. But if you want to make the smog go away, you can make it rain, and then I guess the water picks up the particulates and they fall to the ground, and suddenly the sky is beautiful.

Te-Ping Chen is a writer whose fiction has been published in The New Yorker, Granta, Guernica, Tin House, and The Atlantic. A reporter with the Wall Street Journal, she was previously a correspondent for the paper in Beijing and Hong Kong. Prior to joining the Journal in 2012, she spent a year in China as a Fulbright fellow. She lives in Philadelphia.

What It Takes to Build an Anti-Racist Classroom 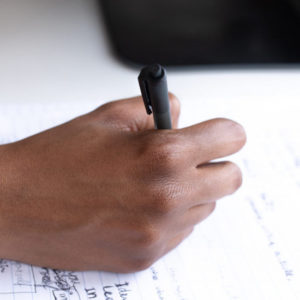 What It Takes to Build an Anti-Racist Classroom

Disrupting Whiteness in teacher education requires an explicit, shared commitment among all stakeholders to center race and address...
© LitHub
Back to top