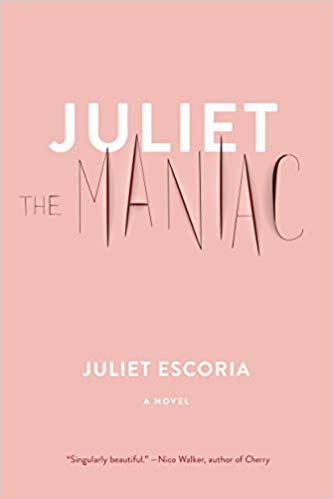 The following is from Juliet Escoria's novel Juliet the Maniac. In 1997, 14-year-old Juliet rapidly begins to unravel over two years, finding herself in a downward trajectory of mental illness and self-destruction. Juliet Escoria is the author of Witch Hunt and Black Cloud. Her writing can be found in Lenny, Catapult, VICE, Prelude, Dazed, Hobart,and others, and has already been translated into many languages.

Nicole bought the switchblade when she went down to Tijuana with her mom and dad. They’d let her go off by herself as long as she was back when she’d promised. She pretended to go shopping for dresses but instead went to the nightclubs, where Mexican girls not much older than us blew whistles loud in her face, dumping cheap tequila down her throat. She pretended to swim but instead bought things you couldn’t here, pills that made us sleepy but not high, and, of course, that switchblade. It looked exactly like a joke switchblade I’d had as a kid, one that was actually a comb. Same black and silver handle, same plastic switch, just as flimsy and cheap looking. But the blade was heavy, pale and cold like the moon.

She kept the switchblade in her makeup case, alongside the bright lipsticks she often put on but never wore. This was something we did a lot at her house—put on makeup. Everything Nicole owned was expensive: MAC eyeshadow, Clinique foundation, Dior powder, all purchased from Nordstrom or Saks. Nicole was a pro, blending powders on her eyelids and cheeks with gold-handled brushes until she looked like a doll. She plucked my eyebrows high and thin, drew an X across my cupid’s bow before slicking on lipstick, lines smooth and everything perfectly symmetrical. When she finished, I looked just like Drew Barrymore or Clara Bow.

I didn’t think anything when she took the switchblade out of her makeup case. We were listening to the Sex Pistols in her new room in her new house, big and empty because they’d just moved in. The music was as loud as it would go, fuzzing the speakers of her gigantic stereo, the wild and quick beat of my heart. She flicked the knife out, held it close to my throat and laughed. Her eyes flickered and she made a face like a crazy killer and I laughed too, nervous, feeling as though for a second she had turned from my best friend into a stranger.

“God, I’m so fat,” she said, releasing me, looking at herself in the full-length mirror. She wasn’t fat. Her arms were thin and her legs were lean but she did have just the smallest ripple of fat on her stomach. “I wish I could just cut this off,” she said, switchblade hovering over her belly button. Her voice went soft, like she was saying it only to herself. “It makes me fucking hate myself.”

I had told her she wasn’t fat enough times before, so I said nothing. “Does it hurt?” she asked, pointing to my hip. A few days earlier, we’d gone swimming in her new pool, and as we were changing she saw the scabs, a triangle I’d cut there with a pocketknife, one night secretly in my bedroom. I’d started cutting myself years ago, before I even knew what it was, just this thing to relieve the pressure when I felt too mad or too happy, a letting out of the air. She was the first to notice, and it made me feel naked and embarrassed, the way her eyes had splayed wide. But I realized now that she wasn’t disgusted, didn’t think I was a freak, the way I had thought that day. To her, the cuts made me cool.

“No,” I said. “Not if you do it right. If you do it too light, it stings, but if you go just a bit deeper, it feels good.” I didn’t tell her you had to be in the right mood, or that it always hurt the next day. She could think I was tougher than that, even though I wasn’t, even though the whole reason I did it was because I was weak in the first place, a person who couldn’t stand the simple act of being herself.
She took the point of the knife into her arm, and I watched her carve a line straight down. I didn’t tell her to stop. I didn’t tell her not to do it on her arm, not ever, but especially not during the summer, especially not a couple weeks before school began, this place on her body where anyone could see. So she drew two more lines, turning the first into an F. I watched her the whole time as she carefully carved each line, perfectly straight and even, like she had written it on paper.

The album ended and neither of us got up. She was almost done with the second T. She acted like it didn’t hurt, didn’t make any noises or faces, and with each line I felt something in myself softening, as though our secret thoughts were creeping out and curling together. This action done for me, to show me she was tough, to show me there was no difference between the two of us. When she was done, she held it up, an art project for me to admire, and I took my finger and smeared the blood in a straight line through the word, crossing it out. FATTY. The one and only thing she hated about herself—her body. I felt a heavy pull to lick her blood, taste its metallic hotness. Instead, I just wiped it on my pants, and later, I couldn’t get it out in the laundry, this copper patch belonging to Nicole, staining my favorite jeans.

Excerpted from Juliet the Maniac. Copyright © 2019 by Juliet Escoria. All rights reserved. No part of this excerpt may be reproduced or reprinted without permission from the publisher.

The world may be terrible, but at least no one will publish Woody Allen's memoir.

My Husband, My Job, Myself: A Story of Three Marriages 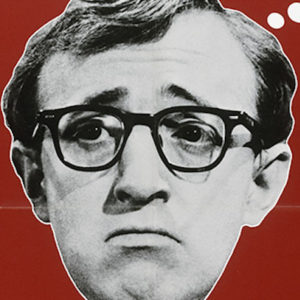 The world may be terrible, but at least no one will publish Woody Allen's memoir. According to The New York Times, Woody Allen has been shopping a memoir around to publishing houses—but turns out they...
© LitHub
Back to top