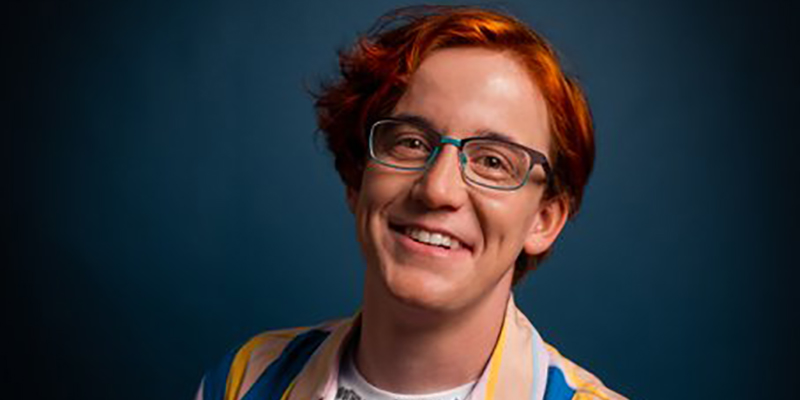 This week on First Draft, Julian Jarboe joins Mitzi to discuss their new story collection, Everyone on the Moon is Essential Personnel, out now from Lethe Press.

Mitzi Rapkin: I’m really curious about that transition from making physical art to writing and if you found something similar? Then to follow that up, because you’re talking about embodying a kind of physicality in your writing, when you think about craft, how do you think about trying to have people feel what you write in the body?

Julian K. Jarboe: I read all of my work out loud to myself, which is a big part of the drafting process. For me, stories start with a feeling. Oftentimes, things are pulled from real experiences but I’m trying to reconcile sorts of like questions. I find myself asking a lot of questions and I don’t necessarily know how to answer them and if I did, I would write an essay. So instead, I started investigating them with character and with point of view, and oftentimes I’ll sit down and even plan the word use that I want to use in a particular story.

So, you know, style is very deliberate. I guess there’s a very straightforward example, one of the stories in the collection is called, “I Am A Beautiful Bug”. And that one is, you know, straight up playing on motifs from Kafka, but using a tone that is a little bit more akin to like an unhinged comment section on a website. And was trying to accomplish something very specific with evoking both of those things at the same time, which is, I wanted it to sort of feel very nauseous and unrelenting, because that was the feeling that I was trying to capture with that. And so, I sat down to write that story in a hot room and an uncomfortable chair, listening to the same songs on repeat for hours until the story was done, like just really honing in on the impatience and the frustration and the dehumanizing experiences that I had had personally that I was bringing to it as well as the sort of perpetual upset stomach feeling that that a lot of Kafka’s work has.

What I really wanted to do with that is say, okay, say you wake up one morning and you’re a bug and that’s the coolest thing that’s ever happened to you. You love being a bug. No one can tell you you’re a monster; you’re a beautiful bug. But you have other problems. You know, people don’t really like giant bugs very much. And so you’re presented with a lot of the same issues as even if you had felt loathsome. So, there was very much like I am going to make myself feel as disgusting as I kind of want to explore in this because it’s a story about disgust, a story about other people’s disgust for a person being kind of this really unfortunate social negotiation, whereas the real disgust, of course, is that we have all these dehumanizing ways that we treat each other.

Mitzi Rapkin: So literally, the story opens and it starts with.”For many years I longed to be an enormous insect.” And this main character finds a plastic surgeon in Canada, who does full body reconstructive work and changes this person into a bug, and so they go back to their real life. They experience a lot of challenges from crossing the border and now they don’t really look like their license anymore and they get their license taken away, and how you can start to function in the world when you have no ID and how you can get paid or show up at work? And, one of the things I wrote as a note was feeling the idea of feeling so alien in your body, mostly before this person became a bug, but then thinking after this, does that alienation go away. Does this make you feel better?

Julian K. Jarboe: There’s always sort of this emphasis on certain kinds of people. And it’s tempting to say just transgender people, but I very sort of carefully and deliberately didn’t want to pigeonhole this story into one neat little metaphor. I don’t think trans people invented or own the market on crappy experiences of embodiment in an American setting. But yeah, there are certain ways of just having an existence where all of a sudden people are very curious about like, “Well, why would you do that? Doesn’t that make life harder for you?” And it’s like a really circular problem. It’s like, “Well, it wouldn’t be harder for me if you would stop being such a jerk about it.” But people are really interested in the kind of prurient details, right?

So I guess I’m comfortable saying that a personal experience really informed this story was at a DMV, where it took me an extremely long time to get a driver’s license myself that reflected a lot of my other legal documents. And so there was this run around for Massachusetts was kind of at a point where you still needed a doctor’s note and a therapist’s note to update personal information. There would be no there would be no reason why people would change these things for the purposes of fraud, like the only reason someone would come into the DMV and say I need to change the F or the M on my driver’s license is like no one would just do this except for sincerely held beliefs.

But basically, I was in a position where every single time I had to do a chore like that it was an entire day that I had to take off of work where I wasn’t making money to then spend money, pay a copay, you know, wait to see a doctor, explain the situation and hope that they were sympathetic enough to do it quickly. Then it’s just a big run around for something that’s already kind of famously drawn out as waiting in line at the DMV. It’s actually like a multi-week process of different appointments and different calls and copays and, and stuff like that. But the key thing is that I spend approximately zero time in the greater scheme of things writhing about, angsting about the difficulty of having a body when I’m by myself, but then I go outside and I can’t update a piece of paperwork without a complete circus and run around. This is the hard part, is the paperwork, documentation, and existing in the system, and having a demographic checkbox that actually describes you. These have enormous consequences in people’s lives. A lot of that went into that story in particular.

Julian K. Jarboe is a writer and artist from Massachusetts. They are the recipient of a Writers’ Room of Boston Fellowship, a graduate of the Odyssey Writing Workshop, an Honorable Mention from the Tiptree Fellowship, and a residency from The Bemis Center for Contemporary Arts. They graduated from The Massachusetts College of Art and Design with Academic Honors. Their story collection is called Everyone on the Moon is Essential Personnel.

Megan Boyle: Can You Trust Your Memories? 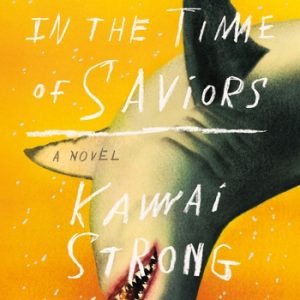 And  that was how we were when the third sign came. We couldn’t cut any more corners. But Royce had come through, as simple...
© LitHub
Back to top