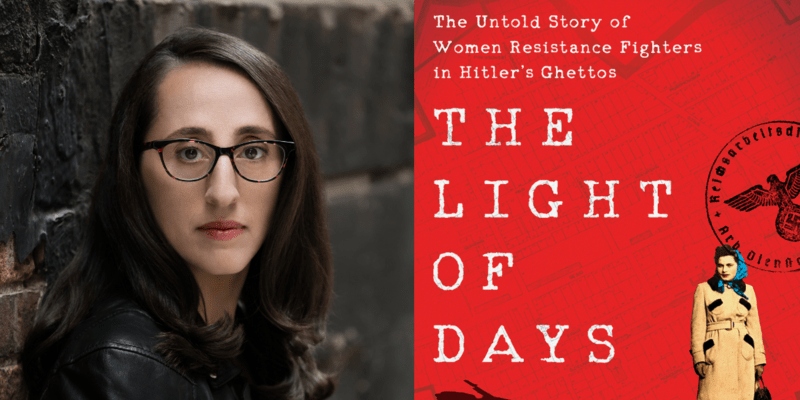 In this episode of Just the Right Book with Roxanne Coady, Judy Batalion joins Roxanne Coady to discuss her book, The Light of Days, out now from William Morrow & Company.

Roxanne Coady: What was it that prompted you to begin the research that led to this book? Because it wasn’t exactly a logical trajectory to your work.

Judy Batalion: It was an incredibly illogical trajectory, as most of my trajectories have been. I’m not super trajectoryish. So this project began 14 years ago and began by accident. As you said, I’m not a Holocaust scholar. I was not looking to write a book about the Holocaust. I was living in London at the time, and I was thinking a lot about my Jewish identity, primarily because it was one of the first times in my life where I was in a milieu that was very not Jewish. I didn’t have many Jewish friends in London at this time in my life. And it got me thinking about my own character, my own heritage and history.

I am, as you said, the granddaughter of Holocaust survivors, and I was thinking a lot about the emotional legacy of the Holocaust, the way that trauma passes over generations. I am a very anxious person, and it was a time in my life where I was wondering—everything felt very dangerous to me, and I wondered how much of that came from my Holocaust heritage. How is my past, my family’s past, shaping how I perceive and react to everyday dangers? So I started out trying to explore that. I was doing a lot of comedy performance at the time, so this was supposed to be a comic performance piece. That’s what I wanted to write.

Judy Batalion is the author of White Walls: A Memoir About Motherhood, Daughterhood and the Mess in Between, which has been optioned by Warner Bros. She has written for the New York Times, Vogue, the Washington Post, and many other publications. She holds a Bachelor’s Degree in history from Harvard University and a PhD in the History of Art from Courtauld Institute, University of London. Prior to her writing career, she was an academic and is fluent in both Yiddish and Hebrew. Born and raised in Montreal, she now lives in New York with her husband and children. 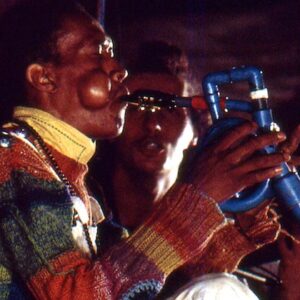 Don Cherry, sitting with donso n’goni between legs, is explaining the spatiotemporal confluence his body-space affords....
© LitHub
Back to top