For Short Trips and Taking Sips

As much as we equate summers with novel-reading (a holdover, no doubt, from being on break from school and having nothing much to do, and plenty of afternoon hours with which to read long luxurious books—why don’t we get summers off from work again?), short stories might actually be even better fare for the warmer months, with the natural world and the neighbor’s pool always vying for your attention. The perfect summer day may be this: jumping into the ocean, getting out and reading a short story as you dry in the sun, and then jumping into the ocean again; repeat until dark. (Can you tell Lit Hub is based in NYC?) Whether you have a lot of time to read this summer or just a little, here are the short story collections we’re most looking forward to this season. 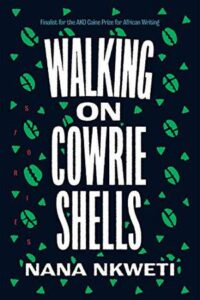 It takes some verve to go from zombies and mermaids to Comic-Con to the suburbs of New Jersey and Cameroon and back again in a single collection, and Nkweti does it in her very first, which is vibrant and polyphonic—exploring what Nkweti calls “hyphenated-Americans” in the US and Africa in what we might describe as “hyphenated-prose” (literary-horror-fantasy, etc.). The book is meant not only to entertain but also to serve, Nkweti writes, “as a counterpoint to prevalent “heart of darkness” writing that too often depicts a singular “African” experience plagued by locusts, hunger, and tribal in-fighting.” Get a taste of the acrobatic and delightful prose by reading one of the stories from the collection here. Also, not for nothing, but: a collection blurbed by Yaa Gyasi, Carmen Maria Machado, Karen Russell and Samantha Hunt? You know it’s going to be something special.  –Emily Temple, Managing Editor 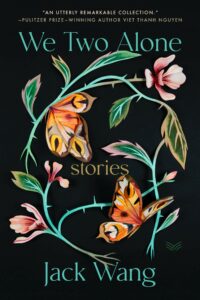 In this collection, Wang presents stories from the Chinese diaspora across five continents and almost as many decades—showing, among other things, that there is no “typical immigrant experience.” Viet Thanh Nguyen called it “an utterly remarkable collection,” and Emily Fridlund wrote: “These stories are so elegantly shaped, so satisfying as individual stories, that their collective power sneaks up on you. There is a quiet and building intensity to the storytelling here, a commitment to chronicling—with deep compassion and a refusal of easy answers—the dignity of human experience against the broader indignities of history. I was moved, heartbroken, and thrilled.”  –ET 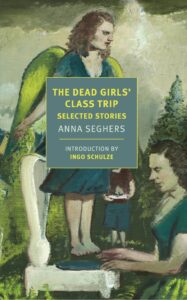 The Dead Girls’ Class Trip is a haunting compilation of stories written by Anna Seghers in her decades-long career. Although they were penned between 1925 and 1965, there is an immediacy to these tales that cannot be ignored. Anna Seghers is best known for her anti-fascist novel The Seventh Cross, and her political activism also comes into play in this collection. (See: “A Man Becomes a Nazi.”) Translator Margot Bettauer Dembo is an excellent guide through the twists and turns and small delights of language on every page. A few of the stories found here cull from myth and legend, lacing the mundane with the magical. And, reader, beware: many of the stories give the impression of turning into a dark corner of the psyche. (See: “Jans Is Going to Die.”) Have fun clawing your way out!  –Katie Yee, Book Marks Associate Editor 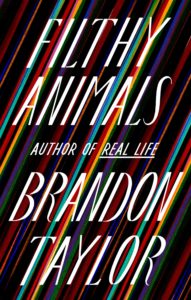 From the Man Booker finalist (and Lit Hub Staff Writer!) comes this debut collection of linked short stories, about young adults entangled in their own complex (and oftentimes competing) desires, repulsions, and attachments. There is a young man who grapples with loneliness, a young woman who is battling cancer, a babysitter on the brink of an emotional break, and couples who struggle to make things work. Roxane Gay praised Taylor as “a writer who wields his craft in absolutely unforgettable ways.” And this collection offers us contexts to think about how fraught longing is, how painful it can be, and why we still yearn for it.  –Rasheeda Saka, Editorial Fellow 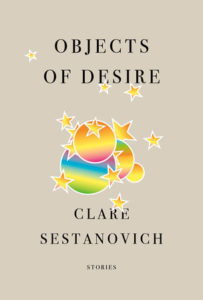 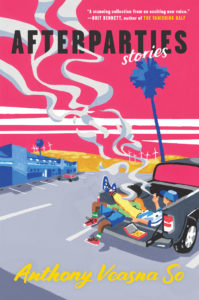 Afterparties, a “history-haunted comedy of Cambodian-American manners,” has been one of our most anticipated short story collections of 2021 for a while now. Even if you’re late to the (after)party, you might remember So’s story, “Three Women of Chuck’s Donuts,” which was published in the New Yorker in February 2020. Or take it from George Saunders, who described these stories as being “like beams of wry, affectionate light, falling from different directions on a complicated, struggling, beloved American community.”  –ET 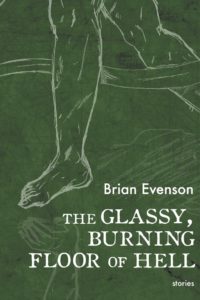 Evenson is one of our greatest contemporary writers of literary horror; I’m always psyched—and a little afraid—when he has a new book out. According to the publisher, his latest collection “envisions a chilling future beyond the Anthropocene that forces excruciating decisions about survival and self-sacrifice in the face of toxic air and a natural world torn between revenge and regeneration.” Gah, and also: give it.  –ET 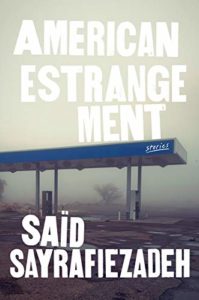 I’ve been waiting for a new collection by Sayrafiezadeh since his excellent debut Brief Encounters with the Enemy, which he published back in 2013. I’m thrilled he’s back. “There are powerful social, economic, political, and ethnic forces shaping the characters in American Estrangement,” Sayrafiezadeh told The New Yorker‘s Cressida Leyshon, “often from afar, often imperceptibly, and they are therefore unnameable. I wanted to avoid having my characters be completely aware of society. I wanted them to be a little clueless—as are we all.” Indeed. If you’re not convinced yet, start with “A,S,D,F.”  –ET 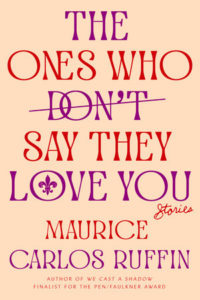 Maurice Carlos Ruffin, The Ones Who Don’t Say They Love You (One World, August 17)

Maurice Carlos Ruffin follows up on his darkly provocative, critically acclaimed debut novel, We Cast a Shadow, with this collection of stories set in and around his native New Orleans. The characters in Ruffin’s stories struggle, in their various ways, to navigate the depths of a great American city too often mythologized for its flamboyant surfaces.  –Jonny Diamond, Editor in Chief 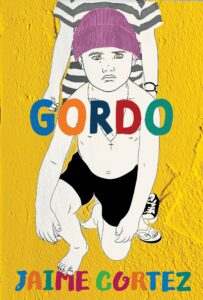 Gordo is the Winesburg, Ohio of the 21st century—but instead of revealing mid-America of the 1910s, Cortez plumbs the lives of those living in a migrant labor camp in California in the 1970s through the eyes of Gordo, “a fat, precocious nine-year-old sissy boy” (his words, not mine: Litquake 2019). “The Jesus Donut” launches this book like a missile. A man who looks like “Mr. Kentucky Fried Chicken” shows up at Gyrich Farms Worker Camp (the name, Guy-rich, indicates Cortez’s parodic sensibilities) with a van full of donuts for sale, amid five kids, including our narrator, Gordo. Thing is, nobody has a cent. That is until Olga pulls a quarter from her dirty sneaker and buys two for twenty cents. “Body of Christ” says Olga as she raises a donut piece to each kneeling kid (something she insists they do for their reward) and they respond, “Amen” in an impromptu, forced communion. I nearly fell off my chair laughing. Cortez’s dialogue, timing, and humor is quick, dark, and hilarious and the voice of Gordo, singular and soaring, full of naïveté and grit that wrangles humor and human complexity with serious high stakes themes, for in the background, migrant workers carry burdens many of us don’t. While I’ve only read two chapters, I can tell Gordo, like Winesburg, Ohio, is capable of changing not only what it means to be American today, but what American literature can be; that of giving voice to the periphery. Hands down, top debut of 2021.  –Kerri Arsenault, Contributing Editor 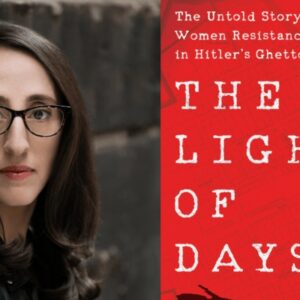 In this episode of Just the Right Book with Roxanne Coady, Judy Batalion joins Roxanne Coady to discuss her book, The Light...
© LitHub
Back to top
Loading Comments...