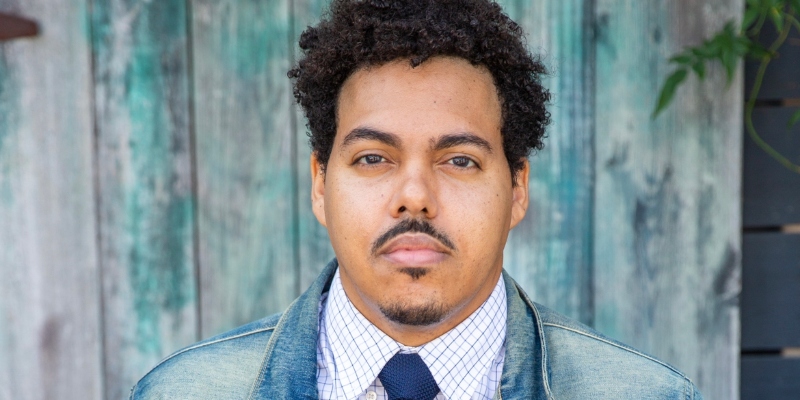 Award-winning author Jonathan Escoffery joins Fiction/Non/Fiction hosts V.V. Ganeshananthan and Whitney Terrell to discuss the complexity of immigrant communities in Florida. Escoffery talks about children of immigrants who fall into a middle space, unable to identify fully with their parents’ country or the one in which they grew up. He also speaks about generational and emotional gaps between his Jamaican American characters, explains why some Florida immigrants’ history and interests might make them lean conservative, and analyzes how fiction can succeed where politicians often fail: in understanding subtlety, nuance, and difference. Finally, he reflects on the political ramifications of categorizing or othering recent immigrants and their families, and reads from his National Book Award-nominated linked story collection, If I Survive You.

Whitney Terrell: People aren’t really going for the Walt Whitman “I contain multitudes” answer to this question that your character keeps getting asked. Can you talk a little bit in general about the process of “finding a category” in American life or maybe in human life in general? When Ron DeSantis—who we were talking about at the top of the show—flies Venezuelan asylum seekers to Martha’s Vineyard, he’s engaging in a classic and time-tested way that white politicians have always demagogued race. Those are the others who don’t belong. And yet, as the story makes clear, white Americans aren’t the only ones who are buying into this need to categorize who is us and who is them.

Jonathan Escoffery: Yeah, well one way that I think of this phenomenon, of this need to categorize people, is that, as complex as human beings might be, people really want simple methods of sifting information. If they can apply their preconceived notions to whole groups of people, often by placing these populations on either side of a binary—good or bad, American or foreigner, us or them—they won’t have to actually do the work of approaching individuals as human beings full of limitless potential.

That potential might include the potential to add value to your life, or that potential could be to let you down in one way or another. And for a character like Trelawny, he upsets people in part because his multiracial heritage along with his second generation immigrant background is harder for people to categorize. Unfortunately for Trelawny, he begins to internalize this need to find a unique category for himself, because he feels forced to see himself through the eyes of others.

V.V. Ganeshananthan: The book—in many of its choices, and in its structure as a collection—refuses to categorize these characters, even as the characters see categories for each other. But, for instance, the father, Topper, acts at times in a dismissive manner to Trelawny, calling him “defective.” He does some clearly problematic things in his marriage.

And in some collections he would be completely vilified, and he gets a fair amount of that here, but he also gets a story from his point of view, which is told as sympathetically as possible. This is a story that I think some of our listeners have already read, because it was the one that won the Plimpton Prize. I wonder if you can talk a little bit about “Under the Ackee Tree.”

JE: Yeah. So with that story, I wanted to explore the divide that sometimes occurs between the generations; who makes the difficult decision to up and move their family from everything they know in their country of birth and emigrate to a place like the U.S. I wanted to explore the other generation, the subsequent generation that might be born in the U.S. For a lot of us Black children of immigrants, we might feel somewhat excluded from that full citizenship or that ability to count ourselves as the ideal American children.

For some of us, there’s this phenomenon of idealizing a kind of homeland that maybe never actually existed. I wanted to have that conversation between Topper, at least one half of the decision-making party who decided to leave Jamaica and winds up in Miami in particular, and Miami-born Trelawny, who believes, at least for a time, that his parents have made a massive mistake in moving the family from Jamaica. And I think what I came to realize is that that would be a very painful thing for Topper to hear, that, you know, even though he’s been able to rebuild his life in America, and he’s been able to not only build a business but rebuild, in a sense, his middle-class status that he held at one point in Jamaica, and to have his son say that all of this really was a bad decision—

WT: You gave up all this stuff and did all this hard work and—

JE: Right! And I wish you hadn’t. And things would have been better had you not done any of that stuff. Of course that’s a difficult thing for Topper to hear. And, you know, he responds in a way that he shouldn’t, by my estimation; he calls Trelawny defective and he says he never would have made it in Jamaica had they actually stayed there. Trelawny responds rather violently, and their already kind of fraught father-son relationship takes an even further downward spiral. We see Trelawny having to live through the consequences of that action as he lives out of his car and has to take some—well, at least chooses to take some–really odd jobs.

WT: I thought, Sugi, about Lan Samantha Chang’s book, The Family Chao… it seems to me, Jonathan, in your book, and in that book, and maybe in some other books, there’s starting to become a literature of this dialogue between first and second generation families, right, and the intergenerational interplay of the way that immigration has affected them and the way that they think about that. I wonder if you are noticing that as a phenomenon that’s just emerging in our literature.

JE: In a sense. I’m trying to think of specific examples of this. In college, I remember reading oftentimes Latina authors who were kind of talking about this experience, especially with Cuban Americans who were looking back at the movement from Cuba to a place like Miami, and often the next generation is trying to sort out exactly what this all meant, and how they are to exist in their Americanness. And for me, as someone who’s lived that second generation immigrant experience with my Jamaican parents, it’s something that I’m very interested in exploring, and I wanted to do that for this family of Jamaicans in a sense.

I mean, in particular with a place like Miami, obviously, I’m using the word immigration, but sometimes it’s asylum seekers, it’s people who identify as refugees. But because it’s such a multicultural city, it’s made up of these Caribbean immigrants and their children, I think there’s less of an attitude that one needs to very quickly assimilate into some kind of mainstream American identity. At times, it seems like you’re actually rewarded for being able to carry on the traditions of the family.

In some places, I’ll have this conversation with people, and they’re saying, “Don’t worry, you’re American.” And I think what they mean to say is yes, you belong here. But when you grow up in Miami, American is not necessarily the better thing to be, you know what I mean? So, the assumption is not… like, no, no, you don’t have to rush my Americanness. We are very happy to hang on to our Jamaicanness or our Cubanness, or whatever it is. That seems to be the attitude of a lot of my friends. I’ll put it that way. And so I think for a lot of us, because we hang on to that aspect of our identities, there’s this realization that the immigrant story doesn’t just move in the one direction of coming to the U.S.

There’s also oftentimes, for the following generation, this kind of longing for full acceptance into that other culture. And, you know, in my case, I’m talking about Jamaicans. So we have a Trelawny who’s imagining if he’s not the ideal all-American boy because he doesn’t have the blond hair, blue eyes from the commercials—I won’t name any name brands, but you know, from the ads—then maybe he can be the ideal Jamaican. Unfortunately, what he finds is he’s not quite able to be embraced as the ideal Jamaican either. And so he remains searching in that way.

If I Survive You • “Under the Ackee Tree” (Paris Review)

The 15 Best Book Covers of September 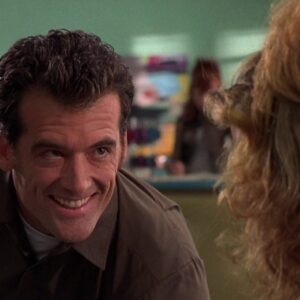