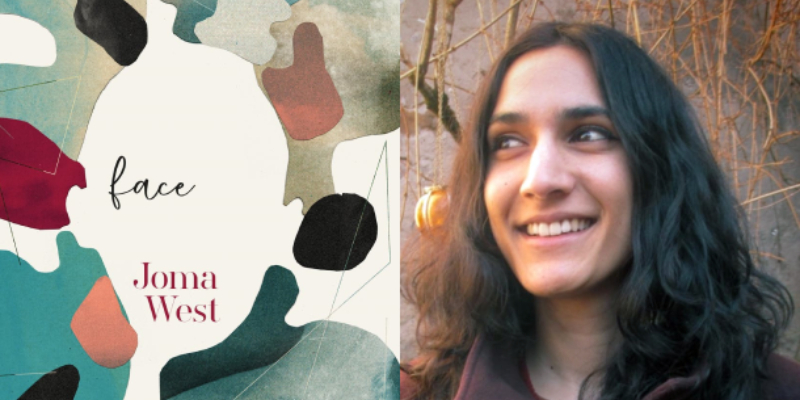 People have always cared about their social status and how others perceive them, but advances in technology have changed how we ascend the social ladder, giving us new tools to manipulate our image and new measures of success as we seek “friends,” “likes” and the ever-elusive virality.

In Joma West’s debut novel Face, climbing the ladder is everything. The way you act and dress, who you couple with, how you move and talk—it all adds up to “face,” which, in turn, determines your job, where you live, who you befriend and the quality and quantity of opportunities available to you. Every second—at home, in public or on the “In”(ternet)—is carefully choreographed. It’s a cold world, where even children are curated to advance social standing.

With everyone—even enslaved “menials”—hiding their thoughts and feelings, people turn to anonymous confessors to express their emotions. Through a Rashomonic narrative where the reader re-experiences the same scenes from different characters’ points of view, West reveals the tensions underlying every interaction and the emotional cost of living in a society that values external success over internal well-being.

Rob Wolf: The word “face” has a special meaning in your story. It’s kind of like what we mean when we say “saving face” or “putting on a brave face” in the sense that it’s about your public image, but it’s more complicated than that.

Joma West: Face is a game, a way of life, a survival mechanism. It’s essentially everything that you are when you’re on the hierarchy. If you’re a menial you have no face, so it doesn’t matter, but if you’re someone on the social ladder of any kind, your face is everything. And it is what ensures that you are at the level that you’re at, and it also ensures how you climb the ladder as well.

RW: There’s a character named Vidya and her job says a lot about the world you’ve created, so I thought maybe we could talk a bit about her. Who is Vidya? What’s her job?

JW: She’s the head of the most famous boutique baby-making or baby-designing shop in this world. Everyone who is anyone wants her to design their baby, and designing a baby means looking for the right genetic material … but they don’t make it in a test tube. They actually inseminate a person, so you’re never really sure what you’re going to get, and you need to have a lot of skill and artistry when you’re trying to create this perfect thing.

RW: Children in this world are accessories. People talk about creating a baby like they’re customizing a piece of furniture

JW: I wanted to explore a little bit how when you live in a world where children are considered an accessory and a tool for building face or “moving up the ladder,” as they say, what does that do to people’s relationships and especially the parent-child relationship? No one is carrying their own child to term. They don’t build the relationship in those nine months. They essentially farm it out to someone else so they don’t need to think about it the whole time, and then they’re being brought up with that same distance… It makes sense that, at least with the kids that we see, Naomi and Reyna, they have absolutely no friendly feelings when it comes to their parents.

RW: People’s alienation is underscored in so many different ways. For instance, there’s this cultural disgust with touch even to the point that when a couple in the story, Tonia and Eduardo, have a baby through a surrogate, the infant immediately slipped into a transparent plastic sleeve so the parents never have skin-on-skin contact.

JW: The idea came from a conversation with a friend who said that they were disgusted by how media was pushing sex at them all the time. They were seeing so much stuff that made them want to shrink inside, and I thought, “Oh, that’s interesting. What if we took that further?… What if people don’t touch each other? How would that affect them? What would become important when you no longer are driven by that desire for physical connection? And how would you have babies in a world like that as well?” So I wrote a short story, which was about Tonia, and that became the first proper chapter of Face.

RW: There’s a moment where it sounds like Tonia has an urge to hug Eduardo and she doesn’t understand it. And then this reflex kicks in and she gets nauseous and throws up. There’s a recognition in the story that there’s something natural about touching, yet because people have become so alienated from it, the thought of it makes them physically sick.

JW: I really wanted to have a moment like that. I really felt that Tonia loves Eduardo. There was a genuine affection in their relationship unlike a lot of the relationships in the story, which are just for face, just for what you can gain.

RW: Can we talk a little bit just about what perspective you bring to this story? You are a third culture writer. I wonder how that informs your work.

JW: My father’s British and my mother is Kenyan-Indian, and I grew up moving around Africa because of my dad’s job. And so there’s a sort of nomad kind of lifestyle there, which means, when people ask you, “Where’s your hometown?” or “Where did you grow up?” I don’t have that. Home was always just where my parents were. I think that sort of displacement has definitely given a flavor to all of my writing. I write places that aren’t real places, but you can connect with them from the emotional-character level. I find it difficult to write places, to go into descriptions and things like that. I’m very character driven and places are always an afterthought, and I think that that’s very much from my upbringing.

Joma West is a third culture writer whose work straddles both fantasy and science fiction.

Rabih Alameddine on Only Writing When You Have Something to Say 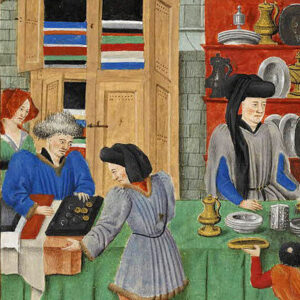 In many ways, the story of medieval economic thought begins with the life of the founder of the Franciscan Order, Saint Francis...
© LitHub
Back to top