The Authors of Mad Honey Take the Lit Hub Questionnaire

Jodi Picoult and Jennifer Finney Boylan’s novel Mad Honey is out now, so they answered our questions about how they came to co-write a book together, becoming closer through the process, and the books they feel strongly about.

Jodi Picoult: J.K. Rowling. She is one of the most vocal trans-exclusive radical feminists, and she seems to be using her platform these days to exclude trans women from the overarching category of “women”—claiming that being inclusive somehow diminishes women. She also, as a victim of abuse, points to trans women and alleges that too many are really just men hoping to get into women’s safe spaces to hurt them… when in reality, a trans woman is far more likely to be hurt than a cisgender woman. One of the reasons for making Olivia a former victim of abuse in Mad Honey was to give an example of a battered women who can still choose compassion and understanding, when it comes to gender identity.

Jennifer Finney Boylan: I wish my mom—who died in 2011, at the age of 94–would have loved this book. She was such a great reader, and she loved Jodi Picoult’s novels. She would have been delighted by the whole crazy story about how we wound up writing this book together. You know the story, don’t you? I had a dream that I was co-authoring a book with Jodi, and when I woke up I tweeted out my dream. Jodi saw my tweet, and said, what was the book about, and I told her, and she said, Let’s do it. Mom would have loved that. There was something mysterious and magical about it—that something that began as a dream turned into something real.

“We learned a lot about ourselves in writing this together. I am hoping we each rubbed off on the other, in a good way.”

JP: I do not believe in writer’s block. I started writing when my kids were little, and I could plop them in front of the TV or scribble while they were napping. When you have very little time to write… guess what? You WRITE. Writer’s block is for people who have the luxury of procrastination. If you don’t feel like writing, write. You can always edit a bad page—you cannot edit a blank page.

JFB: Jodi and I learned a lot about our different writing approaches in writing Mad Honey. She does all her research and figures it all out in her head before she writes a word. I’m much more likely to write a few pages and see what the characters are doing. For me, the first draft IS the research. And when you write that way, it’s more common than not to make a few wrong turns, or to have to heavily revise everything all the time. It may be more time consuming to write this way—everything I do goes through 6 or 7 drafts at least—but it’s the only way I can think—on the page. I think Jodi was kind of bewildered by my process, but then I was surprised by hers. We learned a lot about ourselves in writing this together. I am hoping we each rubbed off on the other, in a good way.

LH: Who is the person, or what is the place or practice that had the most significant impact on your writing education?

JP: Mary Morris. I was studying at Princeton and she became my thesis advisor. She literally held my hand as I transitioned from writing short fiction to long fiction. Her fiction and her non-fiction are so beautifully wrought. One of my favorite stories of my career came from my thesis—a novel—at Princeton. I had two readers—Mary and Paul Auster. Mary wanted to give me an A, Paul wanted to give me a B. He said, “Mary, you know she’s not going anywhere.”

I was published shortly after graduation, and Mary and I were still in touch. I visited her in NYC and we went to pick her daughter up from school—and Paul Auster’s child was also a student, so he was hanging around waiting as well. He walked right up to me and shook my hand and said, preemptively, “I was wrong.” I always thought that was very classy. Mary and I are still good friends, and it’s been so cool transitioning to colleagues rather than teacher-student—although I’ll always feel like I have something to learn from her.

JFB: My writing professors at Johns Hopkins were John Barth and Edward Albee. In their very different ways, they encouraged me to take myself seriously—as an author, as a critic, and as a citizen of the literary community. Taking yourself seriously, by the way, doesn’t mean lacking a sense of humor. Both of those men are deeply funny writers, in addition to being profoundly humane and generous. It was John Barth who taught me his definition of plot. In his words, it is—ready? “The gradual perturbation of an unstable homeostatic system and its catastrophic restoration to a new and complexified equilibrium.” Which I know sounds like crazy-ass hooey unless you read it very slowly and think about it, which is when you begin to understand its genius, and its humor. I once wrote a piece about John Barth, and my younger self. I titled it, “The Catastrophic Restoration.”

“In writing this book together, Jodi Picoult and I became friends.”

LH: What book has elicited the most intense emotional reaction from you (made you laugh, cry, be angry)?

JP: When I read The Life of Pi I tossed it across the room because it was so brilliant and I was so angry that I hadn’t thought of writing that sort of story first. It’s all about the power of language and stories, and how we tell stories to convince ourselves of truths—MIND. BLOWN.

JFB: When I was eight years old or so, I read Charlotte’s Web. I remember coming to the end and seeing that Charlotte really was dead, and I put the book down and I WEPT. I’ll never forget that, being so deeply immersed in the world of story that I was moved to tears—or laughter, or amazement. I’ve had that experience lots of times since, I’m glad to say, including from Jodi’s books, not least “The Pact,” which I still remember reading almost 20 years ago.

It was EB White, by the way, who wrote, “You have been my friend. That in itself is a tremendous thing. I wove my webs for you because I liked you. After all, what’s a life anyway? We’re born, we live a little, we die. A spider’s life can’t help being something of a mess, with all this trapping and eating flies. By helping you, perhaps I was trying to lift up my life a little. Heaven knows anyone’s life can stand a little of that.”

In writing this book together, Jodi Picoult and I became friends. Each of us weaves webs for a living. We wove Mad Honey together out of friendship. In that way, Jodi lifted up my life a little.

JP: I would be a terrific pastry chef… or a detective. I think that what detectives do (take small bits and fashion them into stories) is very close to what I do on a daily basis.

JFB: I would like to have gone to divinity school and become a minister. Not because my Christian faith is particularly strong—because it’s not, at least according to what that faith seems to mean to many people now. But I do think we are here to love each other; that love is really all we have to save each other, and the world. I think I could deliver a pretty good sermon, once I got going. 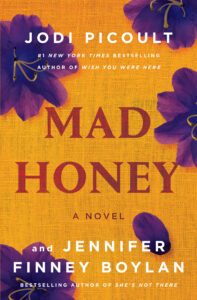 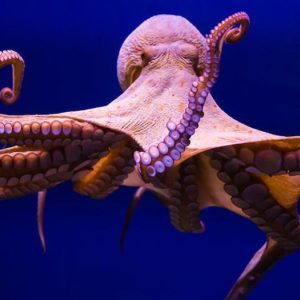 Sometimes we get so caught up in all the terrible things the internet is doing to our brains and our society that we forget...
© LitHub
Back to top
Loading Comments...