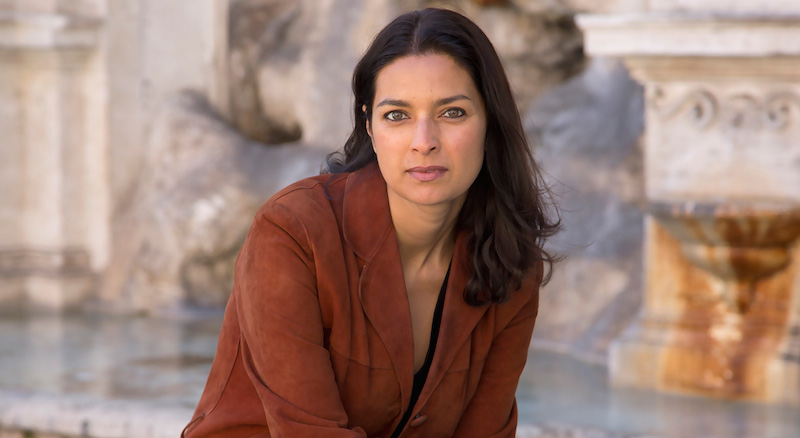 Jhumpa Lahiri’s new book on translation will be published next spring.

If you’ve been wondering when a new Jhumpa Lahiri book will grace your shelves, you’re in luck! On Monday, Princeton University Press announced that the Pulitzer Prize-winning author’s next book, Translating Myself and Others, will be published next spring. The book will include essays on the meaning of translation, translating her own writing, and a new translation of Ovid’s Metamorphoses, according to the press release.

Lahiri, who has lived in Rome on and off for almost a decade, shares her thoughts about the importance of translation in the new book: “To be a writer-translator is to value both being and becoming.” She adds, “What one writes in any given language typically remains as is, but translation enables it to become otherwise. Thanks to translation—the act of one text becoming another—the conversation I have been seeking to have with literature for much of my life now feels more complete, more harmonious, and far richer with possibilities.”

Lahiri is also an established fiction writer. Her bibliography includes the story collection Interpreter of Maladies (winner of the Pulitzer Prize for Fiction in 2000), the novel The Namesake (later made into a feature film starring Kal Penn), and 2008’s short story collection Unaccustomed Earth. In April 2021, Lahiri published the novel Whereabouts, which centers on “a woman questioning her place in the world, wavering between stasis and movement, between the need to belong and the refusal to form lasting ties.” The novel, originally written in Italian, was translated into English by Lahiri. The book received rave reviews from outlets such as the Los Angeles Review of Books, the Times Literary Supplement (UK), the Chicago Review of Books, and Booklist. Other publications (The Guardian, NPR, and The Atlantic) may not have been as effusive with their praise, but were generally positive. Writing for The Guardian, Tanjil Rashid called the novel “intriguing” and “like a movie by Michelangelo Antonioni.”

Next spring may seem like ages away, but if you’re really itching for some Lahiri content, why not check out this recent Sebald Lecture on literary translation delivered by the author? She discusses the myth of Echo and Narcissus in Ovid’s Metamorphoses, and what it teaches us about identity, originality and finding a voice. She also talks about becoming a translator and the value of translation. Like Lahiri’s work itself, the lecture is revelatory in its quiet wisdom.