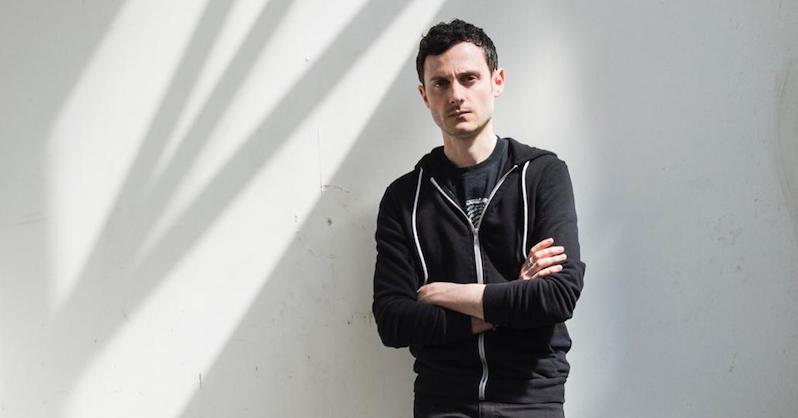 Jean-Baptiste Del Amo’s novel of industrial farming says more about the humans than the cattle.

Next in our series of interviews with the shortlisted nominees for the 2020 Albertine Prize is Jean-Baptiste Del Amo, author of Animalia (translated from the French by Frank Wynne).

“After vaccination the piglets are heedlessly tossed onto the ground,” Del Amo wrote of one of these visits in Lit Hub earlier this year. “Some are injured by the fall, their snouts or tongues bleed, they struggle to their feet. Urging them on with kicks, the farmer herds them down a narrow passageway towards new gates, new buildings. Then we go back to the farrowing house to collect another load.”

Animalia is the first Del Amo novel to be translated into English (in France, he has published four novels). He says that one of the surprises of his reception in the US was how Animalia spurred discussions of animal rights. He insists that this is a story about humanity and inhumanity, in which a “system of production and of exploitation distances us from the better part of ourselves.”

In Animalia, you take a somber view of the countryside and of a small family farm becoming industrial agriculture.  Could you tell us a little more about the framework that you’ve chosen for this novel?

In beginning to work on this novel, I wanted above all to tell a family history, a story of passing on from one generation to another, particularly the transmission of violence.

At this time, I had the opportunity to visit industrial livestock farms and for me the experience was so alarming and impactful that it seemed obvious to me that it should be the framework for this story, that the farming of livestock and its evolution could be a mirror held up to my characters and their insanity.

Eléonore’s family is held in an incredible spiral of violence. In this environment the animals, like the people, lose a bit of their freedom each day. Have Eléonore and her family also lost part of their humanity, and if this farm reflects our world, have we lost part of our humanity?

If by “humanity” we mean the ensemble of elements that characterize our species, one could argue that violence itself is intrinsic to our kind and that livestock farming is only one of its numerous manifestations. This novel poses other questions in going back to the scenes that would be foundational to the violence of this family.

On the other hand, if by “humanity” we mean a form of goodwill towards fellow humans and other living creatures that would be unique to humankind, and if this farm becomes the symbol of unrestrained capitalism, it seems to me that one can effectively say that this system of production and of exploitation distances us from the better part of ourselves.

Your characters expend an absurd amount of energy to simply survive in a time when a life has little worth. Could they exist otherwise in their circumstances?

What I wrote is no other than an essay in reality and I truly consider myself as a novelist. For that matter, the writing of the essay followed that of the novel and Animalia remains for me a pure work of fiction and not a thesis or activist writing. It is a novel that appears to me to speak more about the human condition that the condition of animals.

That is to say, I believe that fiction offers the possibility of immersion, of feeling, of a poetic and therefore physical experience through reading, which an essay doesn’t allow for in remaining factual or analytical.

You recently came to the United States for the promotion of Animalia. How was the book received in the US and in France? Did it provoke questions that you found intriguing?

This was my first novel published in the US, so people were discovering me through this book. In France, it was my fourth and readers already followed me for the past ten years. I am always surprised by the way that a book is perceived. During the entire writing process, it is a very personal, interior experience, and suddenly the writing finds itself on display, for the appreciation and interpretation of others.

It’s at once exhilarating and terrifying. Animalia elicited numerous commentaries on the question of animal rights, which I found really intriguing because, as I said earlier, for me it will always resolutely be a book about our humanity.

I never received any.

What book can you not stop re-reading?

In Search of Lost Time by Marcel Proust and Leaves of Grass by Walt Whitman.

Who are contemporary writers that you admire?

If you had the possibility to make anyone read your book, who would it be?

By trying to fill the page by any means necessary, or by giving up entirely and doing something else.