via House of SpeakEasy

As our country reckons with its history of systemic racism and calls for reform, House of SpeakEasy seeks to examine injustice, intolerance, and inequity by amplifying the voices of Black writers who have performed on stage for Seriously Entertaining. This episode of The SpeakEasy Podcast features a collection of stories from past shows: the National Ambassador of Young People’s Literature and middle-grade author Jason Reynolds, who relates how racial discrimination shaped his mother’s relationship to her parents—and his own relationship to her—from our “All Together Now” show (May 2017); humor writer and New York Times contributing opinion writer Kashana Cauley on the Great Migration and the resulting racial and economic divides in Milwaukee, the second-most segregated city, which for her is a true “No Man’s Land” (May 2018); and, from “Caught in the Act” (December 2017), author, legal scholar and Yale Law School Professor James Forman, Jr., re-imagines what justice, accountability, and prison reform might look like for a country with a human rights crisis in the form of mass incarceration.

Jason Reynolds: “It was expected that my mother would sit in the mailroom for 40 years. But there was a man who was making a lot of noise. Young man, maybe 28, 29 years old. And his name was Dr. King.”

Kashana Cauley: “In my opinion some of the best writing is done from no man’s lands. Like from places that people are ignoring or are not being listened to. Or just points of view that people are not taking up en masse. No one talks about the black people of Milwaukee so I write about them all the time.”

James Forman, Jr.: “As Americans, we have to now ask ourselves what are we prepared to personally do, in our sphere of influence, in the domains that we control, to try to respond to mass incarceration?” 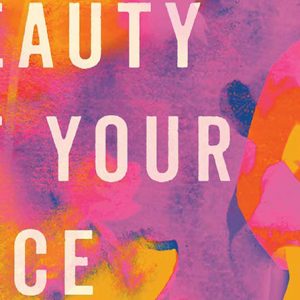 This week on Reading Women, Kendra, Sumaiyya, and RuthAnn share books around July's theme, "Fight Like a Girl." From...
© LitHub
Back to top