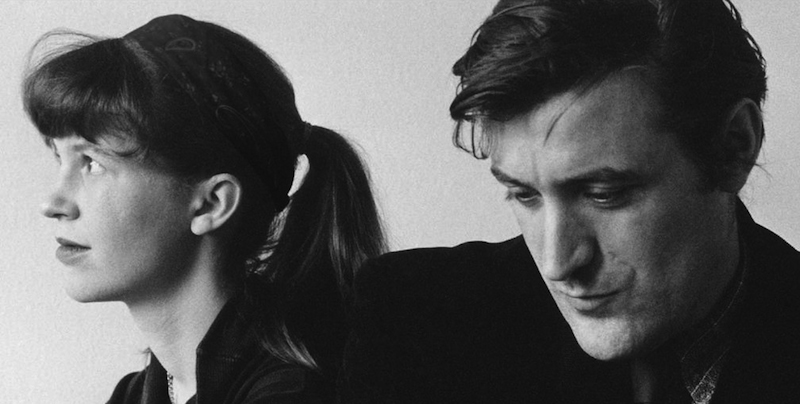 Why Our Best Biographer Hates the New Ted Hughes Biography

If writers ever experience some sort of preternatural inkling that they are about to provoke a flurry of attention, to incite a swarm of bees by pestering the beehive, I bet Jonathan Bate had such a feeling when beginning the work of his recent and brazenly titled biography, Ted Hughes: An Unauthorized Life. You could argue that he counted on it—inserting oneself into the Ted Hughes/Sylvia Plath saga of the last 50 years has been compared to slipping in an oil spill, groping around a dark room, breaking into a locked drawer, and venturing into the Underworld. These metaphors belong to Janet Malcolm, whose book The Silent Woman is widely considered not just the definitive account of the entire amorphous, painful tangle, but also a master class in the very enterprise of life writing. So last week, when Malcolm herself weighed in on An Unauthorized Life and its author, the latest aspiring member of a club she all but presides over, it became clear that Bate had disturbed not only the beehive, but the Queen Bee. Gulp.

Malcolm took aim and stung in The New York Review of Books. She assailed Bate for prurience, malice, and condescension. “A Very Sadistic Man,” her review’s parroting title, is a direct shot at a description of Hughes repeated by Bate, and also echoes her gravest charge: that Bate himself is the sadistic one, that he “wants to cut Hughes down to size” and has used biography to do so. If you know the work of Janet Malcolm, you know that The Silent Woman came about because she felt compelled not by the story of Plath and Hughes as lovers or spouses, but as two people sucked into a vortex of public spectacle, perfectly exemplifying biography and journalism’s shared vampirism. Her review of Bate’s book defends Hughes with the same refrain, that his character has been wrongfully impugned by Plath-obsessed feminists and blame-seeking biographers, in a long line of low lives that now includes Jonathan Bate.

In my reading of Malcolm’s critique (a gentle description for what occurred), a substantial part immediately made sense. Much of the piece indicts Bate for indulging in gossip trafficking, an aspect of popular biography that she finds especially heinous. This includes manipulating facts and their sources, and peddling personal details, particularly of the sexual and salacious kind. Her fixation on “A Very Sadistic Man” is understandable because Bate’s use of the quotation incorporates all three sins—the line, supposedly said once by Plath, is taken from a deposition given by a woman, Jane Anderson, who was suing Ted Hughes and the Plath estate for defamation. Not only is the description a thinly veiled accusation of sexual menace on the part of Hughes; it’s hearsay, and was repeated by someone who had reason to make him look bad. Damningly, Bate does not emphasize this. Another “revelation” Malcolm despises is a story from Olwyn Hughes, which purports that in Plath’s diary she indicated she was sleeping with her friend Al Alvarez, a confidant who, in addition to being profoundly affected by her suicide, has always denied a romantic relationship with the poet. Bate paraphrases the account, but without stating explicitly that it is taken from someone else’s memory of a since-destroyed journal. The reader, Malcolm justly concludes, will probably assume he’s paraphrasing to avoid the copyright laws that would govern a real source, not because he has actually never seen it. It’s a deceptive, weak turn on the part of Bate, regardless of the veracity of the claim. In these matters I was squarely and comfortably in Malcolm’s corner.

But I was confused by the other searing aspect of Malcolm’s condemnation, which seemed to stem from Bate’s dislike itself, from the very existence of the negative feeling. Because Malcolm has never discouraged subjectivity; on the contrary, she relies on it. “Writing cannot be done in a state of desirelessness,” she says in The Silent Woman, and the book is accordingly filled with moments of the writer’s desire: during smoke-filled London lunches with Olwyn Hughes, upon whom Malcolm presses to lead a trip to Plath’s former home; and in her earnest if careful admiration of Anne Stevenson, a future Plath biographer, from afar, as her college contemporary. In a Janet Malcolm work of life writing—and The Silent Woman is life writing, with the subtitle Sylvia Plath and Ted Hughes—you might not get as solid a portrait of the subject as you think you want, but you get Janet Malcolm. This result is exponentially more thrilling. It’s why Elaine Showalter titled her review of the book “The Importance of Being Biased”; Malcolm’s performance, as she intends it to, lifts your eyes from their sordid peaking under the coffin lid, subverting a nasty impulse to forcibly wake the dead.

Malcolm ends her review of Bate saying just as much: “If anything is our own business, it is our pathetic native self.” So what to make of Malcolm’s apparent fixation on Bate’s self, the “malice” she perceives? What if Bate’s business is to dislike, where hers was to defend? Since The Silent Woman, Malcolm has sympathized with the Hughes side, which, now represented only by Ted’s third wife Carol, has withdrawn support from Bate’s project. If it weren’t undercut by the questionable methods that Malcolm excoriates, would she support a negative portrait of Hughes at all? Or does her strident conviction that journalism and biography are based in “sadism and malice” necessitate, where the dead are concerned, a level of protection? Is Janet Malcolm asking us to be nice?

The answer is no, and it took me a moment to realize that I could simply look to Plath for the reason why. (As much as Plath’s story has consumed Hughes’, with all of the fighting and interpreting and reinterpreting over the last half century, Plath too in many ways has receded irreversibly from view. A deserving reproach to be reminded of her, again.) Malcolm actually values Plath most for what Elizabeth Hardwick admired in her as well, in her 1971 review of Ariel, also in the NYRB: that Plath was “never a ‘nice person.’” Malcolm greatly sympathizes with Plath’s demise as “a signature story of the fearful, double-faced fifties,” against which she struggled, and which those fierce last poems of her life take up and burn. A product of the next generation, we might locate Malcolm’s own fearlessness as a woman writing within a male tradition, and her willingness to speak unsavory truths about her own profession, in Plath’s infamous “difficulty.” The “not-niceness” of journalism and nonfiction writing, in Malcolm’s own words, might be her great enemy, but she doesn’t merely fight it with an opposing force of kindness, which implies a hesitation to think and write critically of a subject, and to speak frankly. (A shortcut to all of this might just be to reread Malcolm’s review, which very quickly and colorfully indicates her general feelings on “niceness”).

How can we define Bate’s “malice” in Malcolmian terms? Rather than not-niceness, it is actually, more precisely, his guise of niceness that galls her, what Malcolm calls biography’s “pallid mantle of judiciousness.” In reading Anne Stevenson’s biography Bitter Fame, which was so closely supervised by Olwyn Hughes that Stevenson called Hughes her co-author, Malcolm felt that first-person memoirs offered at the end of the work from friends acted as “a release from prison.” Family friend Dido Merwin’s ability to “let rip” on Plath in her unapologetically personal account was so refreshing compared to Anne’s hemmed in platitudes. She appreciates Al Alvarez’s book on his friendship with Plath, The Savage God, because it similarly gives insight into Alvarez.

It is the structure of conventional biography that requires a false sense of objectivity which Malcolm finds “sadistic,” given that it actively elides the fundamentally unequal and fucked up balance of power between a living writer and a dead, silent person. This is where Bate faltered: to intervene in the “collusion” between reader and biographer against the subject, which puts a premium on “transgressive” behavior like publishing unsubstantiated comments with the air of fact, Malcolm maintains that the good writer must champion doubt. Doubt of the sources, or, fully realized, “doubt [of] the legitimacy of the biographical enterprise”—that’s how she crafts narratives that are more muddled but somehow more true than “unprejudiced” attempts. And Bate is earnestly, almost pitifully confident in his neutrality: “The work and how it came into being is what is worth writing about, what is to be respected,” he states. “The life is invoked in order to illuminate the work; the biographical impulse must be at one with the literary-critical.” And later, “it is for biographers to present the facts and for readers to draw their conclusions,” a neat and, in Malcolm’s esteem, deceptive system.

Which brings us back to the question of whether Bate is really “a very sadistic man.” I would venture to Malcolm-splain that he is so only because his biography is unfortunately deeply conventional, despite his assurance that “Plath biographers have too often played [a] blame game” that he will not. If his focus is as he says the “literary-critical,” why begin with the deposition as preface, with an exhausting legal battle and Hughes’ humiliation? Why not begin with the work? “His was an unauthorized life and so is this” might seem like a sexy line of inquiry, but, as Malcolm has explained, it’s really at the heart of the tradition. Bate’s central criticism of Hughes is a logical angle, that the same “Coleridgean” forces that Hughes believed predestined him to be a great poet also enabled his reckless treatment of the women in his life. But it’s encased in the sickly, rotted-through institution of popular biography, naughty but “nice.” He could have opened with a frank discussion of his tumultuous relationship with the Hughes estate. If not sadistic, Bate is guilty of writing something ordinary.

As an antidote, consider how Malcolm opens The Silent Woman. It’s also with a moment of “bad behavior” from Hughes, in which he destroys Plath’s last diary written before her death. But it’s in his own words—Malcolm does a close reading of two versions of Hughes’ introduction to The Journals of Sylvia Plath, one in which he says an “I” destroyed her words to protect his children, and one in which he calls himself “her husband” instead. By marking two selves in the second version, both the writer of the introduction and the man whose wife gassed herself to death, Malcolm claims that Hughes has engaged in a fundamental practice of writing about the dead as “an honest and serious writer”:

When he made this confession at the end of his first version, it was as if he had suddenly rolled an impassable boulder into the reader’s path. By beginning his second version with the boulder in place, he is able to propose ways of getting around it: by acknowledging difficulty, by resisting temptation to minimize it, by moving sideways.

In other words, he pulled a Janet Malcolm.

Surrealism and Decomposition. Or How I Wrote My Novel. 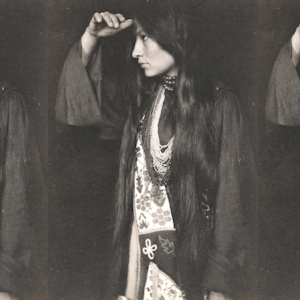 Elizabeth McKenzie on “surrealist” word games, nitrous oxide, and novel writing as an act of decomposition. | Literary...
© LitHub
Back to top