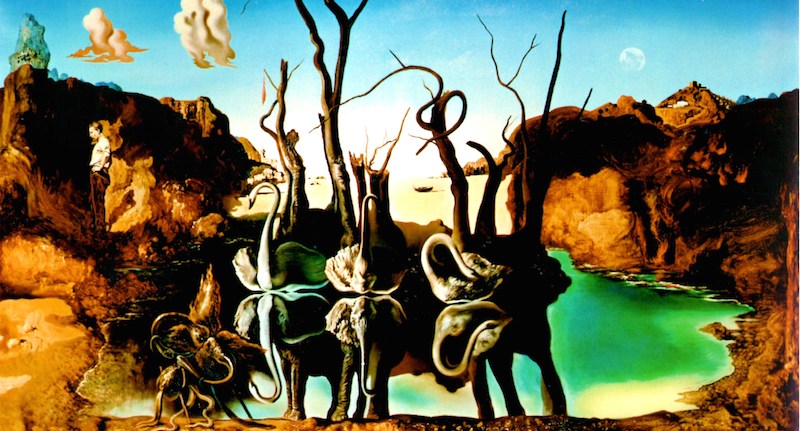 Surrealism and Decomposition. Or How I Wrote My Novel.

In college I was mad for the beat poets and the surrealists. One night, with nitrous oxide wafting in somebody’s room, I remember falling back on the floor and having what I thought the most exquisite vision of my life—it had to do with the ocean floor and brightly colored fish and the weight of water. When it ended, I took up a pad of paper and described the vision in French—not because I knew French very well but because surely that was the most surrealist thing to do.

I read Rimbaud and Breton and Lautreamont and started according my dreams the respect I felt towards art. I wanted to have visions, I wanted, as Rimbaud put it, to take part in the systematic disordering of the senses. I too believed that “I” was not I, but something subordinate to another, more reclusive I, and found a group of friends to whom these things mattered; we wanted to plunder the resources available in alternate forms of consciousness. We found further inspiration in the writings of scientist/philosopher William James, who had a metaphysical bent and experimented with nitrous oxide himself, and wrote that “rational consciousness, as we call it, is but one special type of consciousness, whilst all about it, parted from it by the filmiest of screens, there lie potential forms of consciousness entirely different.” We questioned the oxygen-based reality we had subsisted on until now.

It occurs to me now that this “pluralism” in James, this respectful embrace of the mystical alongside the pragmatic, is for me analogous to what is fundamental to novel writing, in particular as I worked on The Portable Veblen.

In his first Manifesto of Surrealism, published in 1924, Andre Breton writes:

“(Poetry) bears within itself the perfect compensation for the miseries we endure.”

I’d say the novel bears it too. Yet Breton, grandmaster of the surrealists, wrote with contempt about the novel, thought them chubby, waddling bourgeois constructions, and somehow could not believe in the future of the novel and all the artful and subversive forms it could take. Maybe there was already some idea that through the large publishing houses, novels had become commodities, marketed and sold to the masses like vacuum cleaners and fly swatters. In the Manifesto, Breton rails against the tedious inevitably of being told the color of a character’s hair, of the endless dead descriptions of rooms: “Our brains are dulled by the incurable mania of wanting to make the unknown known.” He ridicules a passage in Crime and Punishment, calls it a “school boy description”—he ridicules Dostoevsky!

Yet a few more pages along, Breton declares: “The imagination is perhaps on the point of reasserting itself, of reclaiming its rights.” Thanks to Freud, he says, we can now acknowledge the “strange forces” of our unconscious minds to help augment our imaginations, and that we must seize these forces, and, “then, if need be… submit them to the control of our reason.”

Aha! Here, tucked in to this call for literary revolution, Breton appears to be allowing for the existence of the novel after all. For this is surely a description of the writing of one as I know it.

In those days, I had notebooks full of my “surrealist” word games. I have a vague memory of feeling proud of things like:

A blue salmon ate at my table

With fingerprints on its back.

We didn’t know summer was coming

run down my street on starry nights

spreading rumors about the sea

But, like infancy, this rapturous phase was interrupted by another kind of rapture, when I came upon Saul Bellow’s novel Henderson the Rain King. The lavish narrative voice, the silliness, the exuberance, everything I admired was there, but wedded to a fairly traditional Aristotelian story arc. It seemed to me there was as much life and recklessness in Bellow’s prose as in the impressionistic writings of the surrealists. (Henceforth, I felt “exuberance” was the most admirable quality writing could have; if I saw the word in a review I’d fetch the book, no questions asked, the first example of remember being Fernanda Eberstadt’s exuberant Isaac and His Devils, published in 1992.)

There are certain novels that give novices a perceived key to the writing process. Henderson the Rain King was one for me, like Huckleberry Finn or Catcher in the Rye—deceptively friendly to early aspirations. The charisma of the narrator and the footloose prose seem as natural as being alive, and give us courage to think we can do it too—if only we can get into the right groove for awhile.

When writers are full of things to express but haven’t yet managed structure, however, the attempted novel can crumble and spirits can plummet. And that’s when the surrealists come to the rescue. Indeed, Lautreamont proclaimed “Poetry should be made by all.” The poetic impulse gains traction again and gratifying results can be had quickly, unleashed by these techniques that, as Breton wrote, “adventurously breaks the thread of discursive thought.”

When I taught my first class, it wasn’t long before I deferred to the surrealists. I saw in the students the same thing I struggle with: the need to tell logic to back off, to allow for happy accidents and the unexpected to occur. There is always too much trying to make sense of everything.

We would do exercises with “restraint-based generative devices”—the games of the surrealists. Writers who had been plodding along discouraged would find themselves in possession of something uncanny, even extraordinary, and sometimes written in as little as minutes. They looked at their new writings with a certain shock and awe. How could I have produced this? Where did this come from? This was within me?

The surrealists of the 1920s made way for the Oulipians of the 60s. (The name comes from Ouvroir de littérature potentielle—the “workshop of potential literature.”) From their ilk, Georges Perec explained the paradox of restraint and form: “I set myself rules in order to be totally free.”

In 2007 I published a novel called MacGregor Tells the World. The surrealists figure into the life of the main character in much the way they had figured in mine in college. No longer in search of visions, I felt lucky just to get my coffee in the morning and be able to fully wake up, and yet my conversation with the surrealists hadn’t ended. Then I began to work on some new material—at that point, all I had was an evil hospital where a doctor finds himself faced with ethical issues involving both patients and animals. I was motivated by anger, I hated the hospital where my father had been “experimented” on when he was sick, I hated the doctor who lured us into putting him in a clinical trial, and I was going to wreck that hospital and that doctor, and that’s all I knew or cared about. I was also writing about a young woman in a rundown house in Palo Alto who is an admirer of Thorstein Veblen, and in another section of the manuscript was developing a portrait of an aging Vietnam veteran who could no longer deal with reality. Inspired by surrealist principles, I knew had to wait for the alchemy. I was not yet sure how these things connected, but I needed to take courage from the surrealists and wait and see.

Gradually, working over a passage, I would discover an unexpected link, some kind of parallel or echo, which I could then expand on. Then with time, I’d discover another, submitting the disparate threads to the “control of my reason”—but tempered by lots of spacing out in between. Often, my thoughts took me in the wrong direction, and I had to wait until I was daydreaming in the shower or alone on a long drive to suddenly see a way out of it. I couldn’t despise my logical side, it was useful in many ways, but in my imaginative world I couldn’t trust it. It simply had a sneaky way of imitating tropes from films or TV or other things I’d read.

One day I thought: was writing a novel as much a matter of composition as decomposition?

Decomposition takes time, and it smells in the process—I can testify to many, many putrid drafts. But it’s a natural form of alchemy that happens everywhere around us. Maybe it would be more appealing to think of it as fermentation, which also involves the breakdown of matter into a new substance.

It’s a great thing when writing of surprising richness comes to us quickly and unbidden, as if it has already “fermented” in the subconscious. But when it doesn’t, the surrealists can remind us to “trust the process.” To allow inexplicable juxtapositions to remain in a draft until they begin to work with the elements around them. They can help us return to an obstinately unyielding draft and look for what’s already there. It’s in this stage that our “rational minds” try to shepherd the material in the “right” direction, but beware that the shepherds may need shepherding. Let’s not rein in the rogue image—rather, let’s follow it, see where we end up. The surrealists encourage us to value our bewilderment and all the frustrating loose ends, to let meaning emerge in its own time, to allow for the alchemy that will reward us with something beyond our conscious control to intend.

Feature image: detail from exquisite corpse at the Tate Modern.

Elizabeth McKenzie is the author of The Portable Veblen, just published by Penguin Press. Her work has appeared in The New Yorker, The Atlantic Monthly, Best American Nonrequired Reading, has received a Pushcart Prize, and has been recorded for NPR’s Selected Shorts. Her collection, Stop That Girl, was short-listed for The Story Prize, and her novel MacGregor Tells the World was a Chicago Tribune, San Francisco Chronicle and Library Journal Best Book of the year. She is the senior editor of the Chicago Quarterly Review and the managing editor of Catamaran Literary Reader. 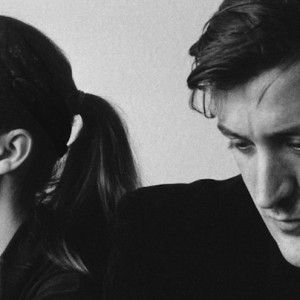 If writers ever experience some sort of preternatural inkling that they are about to provoke a flurry of attention, to incite...
© LitHub
Back to top