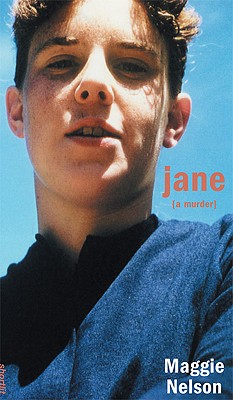 The following is from Maggie Nelson's book, Jane: A Murder, which was a finalist for the PEN/Martha Albrand Award for the Art of the Memoir. Nelson is the author of The Argonauts, as well as an American poet, art critic, lyric essayist and nonfiction author of books such as The Red Parts: A Memoir, The Art of Cruelty, and Bluets. She teaches in the CalArts MFA writing program and was recently awarded a 2016 MacArthur Fellowship.

When I tell my grandfather
I am writing about Jane, he says,

What will it be, a figment
of your imagination?

We are eating awful little pizzas
and my mother is into

the boxed wine. I don’t know
what to say. I wish

I could show him: between
figling (a little fig)

to form. As used in 1592:
The excellencie, dilicatnes, and perfection of this figment cannot be
suffi[ci]entlie expressed.

But he doesn’t want to see.
Besides, that meaning
is obsolete. By 1639:

It is a sin to lie, even in God’s cause, and to defend his justice

We must not conceive that this logical figment
ever had a real existence.

I invent her, then, as a woman emerging from the sea. A tall man meets her on the black sand. You’ve come back, he says. Can barely see her in the sea-light. They make love there, and become horses. As night grows black they become weeds.

She asks him quietly in the dark to tell her about the mother of everything and he did not know of whom she was speaking. She asked the volcano and the volcano belched great streams of wet ash. She lay her head down with fatigue and found her head on a pillow of ink. Upon waking she stretched her arms around the globe and found her fingers weren’t even close to touching.

A PHILOSOPHY OF COMPOSITION

“‘Of all melancholy topics, what, according to the universal understanding of mankind, is the most melancholy?’ Death—was the obvious reply. ‘And when,’ I said, ‘is this most melancholy of topics most poetical?’ From what I have already explained at some length, the answer, here also, is obvious—‘When it most closely allies itself to Beauty: the death, then, of a beautiful woman is, unquestionably, the most poetical topic in the world.’”

Too bad Franny’s mother
wasn’t right—too bad
I don’t just need
a warm bowl of soup
and a long sleep.

From Jane: A Murder. Used with permission of Soft Skull Press. Copyright © 2016 by Maggie Nelson. 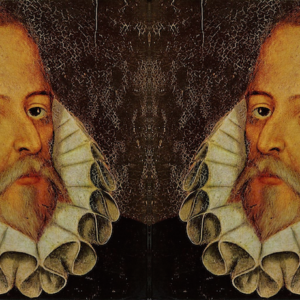 LitHub Daily: September 29, 2016 Bookselling in the 21st century: when your bookstore gets robbed, from Brazos Bookstore. | Literary Hub Twenty-six...
© LitHub
Back to top