On Naming a Cafe After Toni Morrison's Fictional Plantation in Beloved

After more than a decade of preparation and a century of struggle for the idea to come to fruition, the Smithsonian National Museum of African American History and Culture opened on September 24th. Indeed, the three-story building, designed by David Adjaye, is a historic and architectural achievement. The museum is divided into three sections—history, community, and culture—each exploring a facet of Black American life. What the building houses is impressive and significant: Louis Armstrong’s Selmer trumpet (1946) and Harriet Tubman’s lace shawl (1897) are among the thousands of artifacts used to compose a national narrative about Black life in the United States.

I had noted the publicity campaign to trumpet the museum’s opening and had even purchased a copy of this month’s Smithsonian Magazine, but I hadn’t done much in gathering specific details about the museum. That changed after a friend sent me a note about the name of the museum’s café, my casual interest curdling into irritated concern. According to a Washington Post story published last month, the café, which features television personality Carla Hall as its “culinary ambassador,” had to change its name due to a legal conflict. The museum had intended to call its eatery the North Star Café, but the name Northstar Café is trademarked by the owners of a small chain of Ohio restaurants. After receiving a rather sympathetic cease-and-desist letter, the museum called a late fourth quarter audible and drew up another play. They chose Sweet Home Café because, according to spokesperson Linda St. Thomas, that name “kind of has a Southern feel.”

That’s one way to put it. Sometimes when we say southern we mean Black—or even soul, which means Black. Yet, what the new name presents is more of a rorschach than a one-to-one association. Hearing the phrase sweet home might generate thoughts of Chicago, or a Reese Witherspoon rom-com, or even Lynyrd Skynyrd’s “Sweet Home Alabama,” that infamous ode to “southern pride,” essentially a southern rock clap-back to Neil Young’s musical indictment of southern racism. With its references to 1960s Birmingham, Alabama, and notorious governor George Wallace, the Skynyrd song has always been controversial—to some, explicitly racist—though there’s enough thematic ambiguity in there to make it debatable. Wherever you stand on “Sweet Home Alabama” it’s likely not the “Southern feel” St. Thomas intended. Nonetheless, that’s not why the name of the café made me so irritable. My concern is literary in origin.

According to the Post article, the name Sweet Home Café, unlike the café’s original name, “doesn’t have a story tied to it.” Well, that’s not exactly true, if you know where to look… In 1987, Toni Morrison published what many regard as her finest work, Beloved. Set in Morrison’s native Ohio, and based on the story of Margaret Garner, the novel centers on Sethe and Denver, Sethe’s fourth and youngest child, who live in a home haunted by a ghost they believe to be Sethe’s dead daughter. Sethe and Denver are isolated from their community and their remaining family—Sethe’s sons, Howard and Buglar, and her mother-in-law, Baby Suggs, have gone. It isn’t until Paul D, an old friend of Sethe’s, reveals his romantic and familial intentions for Sethe to another character that the reason for that isolation becomes clear: Before the time in which the novel occurs, three of Sethe’s children had been sent ahead to live in Ohio with Baby Suggs, whose freedom had been purchased by her son, Sethe’s husband. Sethe later escaped slavery and joined them, but that freedom was interrupted and jeopardized when Sethe’s former master came to the home to reclaim her and her children as his property. In response, Sethe took her children and tried to kill them before they could all be returned to enslavement. Sethe only succeeded in killing her daughter, whose grave-marker simply reads “Beloved.”

Sethe was willing to kill her children and herself rather than return to enslavement, to a plantation. And Morrison gave that plantation a name: Sweet Home. Southern-sounding indeed.

I am surprised and a little disturbed that no one at the museum noticed the connection. Beloved is not the esoteric matter of a chosen few. Rather, the novel, Toni Morrison, and the rest of her oeuvre are sacred texts in the temple of Black artistic life. Her work is a Selmer trumpet; it is a lace shawl draped upon the shoulders of a great hero. Moreover, Beloved is one of the finest works of 20th-century American literature and very likely the best novel about slavery ever written. It won the Pulitzer Prize. It’s been solidly in the American literary canon for years. So I am confused by the news that the SNMAAHC adopted a name that, at the very least, should have sounded a few alarm bells. This name very much has a story.

As Morrison and others have taught us, names and naming carry particular significance to Black people. We often cite the ritualistic aspects of naming. We source the powerful act of naming to various West African cultures. We understand the transatlantic slave trade, the institution of slavery, and other modes of white supremacy as responsible for the stripping of our true names. Naming is an important and delicate endeavor. It’s a tenet of identity. The removal—or denial—of one’s name and the subsequent act of renaming are part of oppression. We care about names. We care that they are unique. We care that you use your whole mouth and every muscle of your tongue when you say them. We care that when you speak our names you know who we are. This is all something we know, and we know it very well.

It is troubling for the SNMAAHC to go from naming their cafe after one of the most widely known symbols of Black American freedom to inadvertently extending the fictional instantiation of the legacy of slavery in one of the most important novels of US history. The decision clearly misses the link between naming and Blackness—not to mention the value of a good Google search. Consequently, hungry museum-goers will dine at the obtusely named Sweet Home Café because, presumably, it conjures not literary ghosts but rather the dulcet sounds of Dixie. How sweet.

In 1988, Toni Morrison revealed that part of her reason for writing Beloved was that there was nothing to honor the enslaved people who built this nation. “There’s no small bench by the road,” she said. “There is no suitable memorial or plaque or wreath or wall or park or skyscraper lobby.” So, Morrison concluded, Beloved had to be written. I suppose the architects of the SNMAAHC might consider their effort a corrective, an amelioration of that problem. But this cafe faux pas gives me pause. Museums, political spaces that they are, are deliberate. There is a particular intentionality in what they do and how they do it. Any museum that seeks to address the Black experience in the West must know that, at the very least, you must get the name right. Because a name signals what to think, what to associate, what to conjure in the mind. And if the name ain’t right, then one must wonder to what degree the curation is.

Summer McDonald is a Black writer and editor living in Chicago. 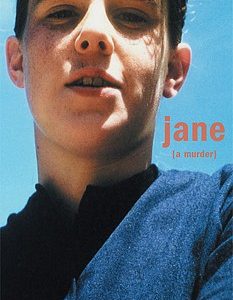 FIGMENT When I tell my grandfather I am writing about Jane, he says, What will it be, a figment of your imagination?...
© LitHub
Back to top