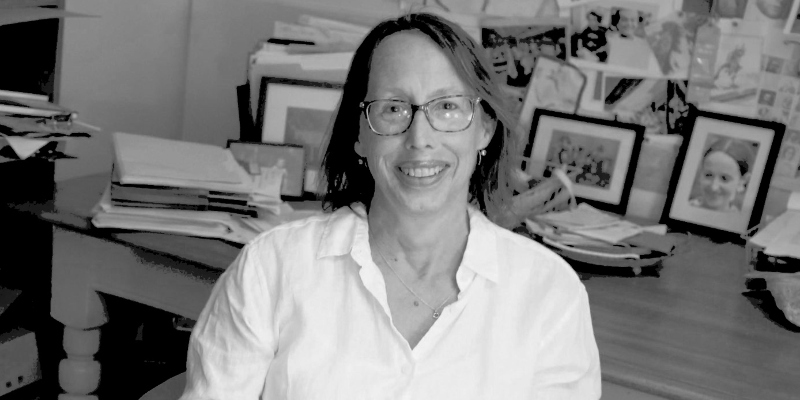 This week on First Draft, Jamie Harrison joins Mitzi to discuss her book The Center of Everything, out now from Counterpoint.

Mitzi Rapkin: I wondered if you had some sort of bible or something that you consulted, because the way you use these characters, it wasn’t like you just came to a chapter and talked about some character who is more minor—you would just slip their names into paragraphs and events like a real person would with their real history.

Jamie Harrison: I’ve never unfortunately—even when I wrote mysteries—been able to just sit down and write it beginning to end. I might have the first one; I was sort of arrogant and thought I could get away with everything. And then of course, I had to rewrite it. I unfortunately don’t write things in order. I write things as I want to write a scene, and then I’m left with this mess that I have to put together. And I think that that helps you salt in a more realistic sense of when a character thinks of somebody else.

So much of what’s difficult about writing, at least for me, is the order that you give things in, the order of information. And maybe that is something you get from writing mysteries, because it’s key. You can write a beautiful paragraph, but you have to put it in the right place for it to resonate, and that’s a lot of work. And I have a great editor. I think everybody should be edited. One thing that drives me nuts is when I hear a writer talking about how they just don’t need that, and I think everybody does, with very few exceptions. So, you know, you move things around, you see what works, and you make sure that you have these little Easter eggs in there for people who are tracking the full story.

The other thing about this book is it really did start with two stories. I wrote an early version, probably of Polly in New York for a screenplay, about 20 years ago, when she’s a little girl. That section, some iteration of it, has been in my head for a very long time. I also wrote a short story where Polly is in New York again in her twenties. She’s working at a restaurant and two men come into the restaurant and it becomes sort of a courtship. It’s a tease; it’s a seduction with food. That was a short story. And then there are two characters in this that were in my novel The Widow Nash, but they’re much, much older now. I love those characters so much. I suddenly realized I could use them in the story, and it changed the whole nature of it—so this went through a lot of iterations.

Jamie Harrison, who has lived in Montana with her family for more than thirty years, has worked as a caterer, a gardener, and an editor, and is the author of six novels: The Center of Everything, The Widow Nash and the four Jules Clement/Blue Deer mysteries, slated to be reissued soon by Counterpoint Press: The Edge of the Crazies, Going Local, An Unfortunate Prairie Occurrence, and Blue Deer Thaw. She was awarded the Mountains & Plains Independent Booksellers Association Reading the West Book Award for The Widow Nash and was a finalist for the High Plains Book Award.

Bearing Witness to the Legacy of Ireland's Mother and Baby Homes 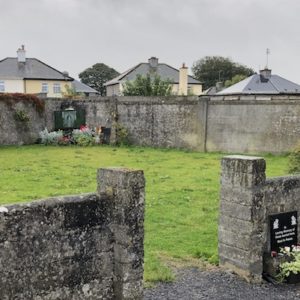 Bearing Witness to the Legacy of Ireland's Mother and Baby Homes

At a random apartment viewing in Dublin a few years ago, the woman moving out, who happened to be born the same year as me, told...
© LitHub
Back to top