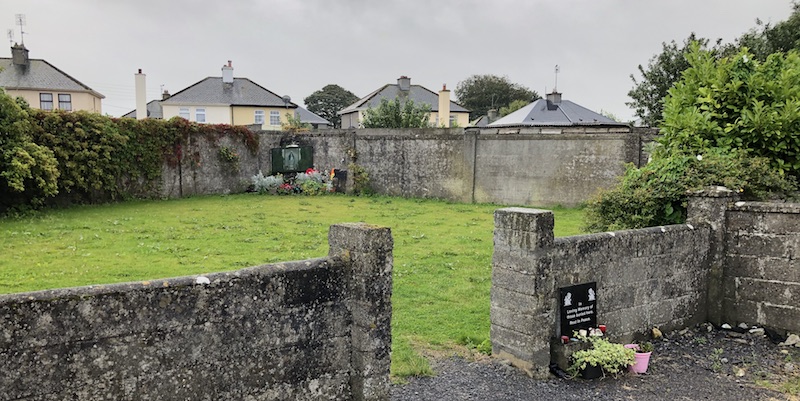 Caelainn Hogan Traveled the Country to Speak to Survivors

At a random apartment viewing in Dublin a few years ago, the woman moving out, who happened to be born the same year as me, told me she had been adopted as a baby from an institution run by nuns, where “unmarried mothers” were sent in secret. These women were usually forced to work, had their names changed, and were separated from their children. As a millennial whose generation mostly thought these institutions were part of a distant past, she was only beginning to search for answers.

For the last few years, these strangely intimate and sudden revelations have been a part of my life, because almost everyone in Ireland has a story about how these religious-run institutions have affected someone they loved. Sitting hungover with a friend in the sun or asking someone at a shrine for directions, I would suddenly find out they or someone they knew was a survivor of these so-called homes.

In 2017, I had been working as a freelance journalist internationally for more than five years and had just come back home to Ireland from an assignment in Syria, where I had written about people fighting cancer in the midst of a conflict for The New York Times Magazine. That same year, a test excavation found significant human remains inside a disused sewage tank on the grounds of one of these mother and baby institutions in Tuam. The remains were of both infants and school-aged children, and their deaths were dated to the time the Bon Secours nuns ran the institution.

This harrowing finding came more than a year after news broke around the world that a local amateur historian had found death registrations for least 800 children who had perished at the “home.” Her research forced the state to launch an independent statutory investigation.

As an Irish woman who grew up in a country slowly breaking free of a repressively conservative culture, I wanted to understand how this system of religious-run, state-funded institutions in Ireland that separated thousands of women from their children came to be normalized and how it had shaped my country.

At the time, Ireland was going through radical change. A few years after legalizing marriage equality, a referendum to repeal the constitutional ban on abortion was looming. At the same time, survivors of the religious-run institutions were breaking silences around how the church and state had treated pregnant women and children within these institutions. These testimonies were a catalyst for change.

Many people are familiar with these institutions through films like “Philomena,” which follows the story of a woman who was sent to Sean Ross Abbey, where a thousand children died. Joni Mitchell wrote a song about the Magdalene Laundries, where women and girls were sent, some for their entire lives, and forced to work as “penitents.”

For more than a year, I traveled the country speaking with survivors, as well as the religious and lay people who ran these institutions. Many of the individual nuns I met were eager to speak about their experiences, over copious cups of tea and plates of biscuits or scones. But there was still an institutional hierarchy and silence. I found that one mother and baby home operated until as late as 2006, in close coordination with anti-abortion crisis pregnancy agencies set up by Catholic priests and bishops. I spent time looking through national and religious archives.

I always knew “the nuns” lived there but I never knew what they did.

What I didn’t expect was how personal my journey would become; how I would find out that people I knew were directly impacted, including people my own age and even younger.

The institutions I was writing about turned out to be literally close to home: around the corner from the house where I grew up, even though I had never known they existed. Down the road was a place where many people I would speak to had been kept by a religious agency while awaiting adoption.

Behind the Catholic church and school across the road, there is a park with a high wall flanking the fields and through the bars of a small gate, a blush-pink building is visible. I always knew “the nuns” lived there but I never knew what they did. The book starts with this building, with my first visit to speak with the religious sister who was the parochial head of that order, a congregation that operates internationally and ran the largest mother and baby home in Ireland.

My parents were unmarried when I was born in Ireland’s national maternity hospital in 1988, the year after the legal status of illegitimacy was finally abolished. There was still a stigma, though—my own mother could easily have been sent to one of these institutions. Condoms weren’t fully legal in Ireland when I was born. Divorce was only voted in when I was six, by a slim margin, after the Catholic hierarchy had actively campaigning against it. I grew up in a country rocked by a legacy of clerical and institutional abuse being exposed after decades of the state functioning as a de-facto theocracy.

The first time my mother told me about the two abortions she had, sitting at the kitchen table, it was during the referendum and while I was still reporting on the institutions. The first time was as a young woman through Planned Parenthood in the US and the second was while living in Ireland, which meant she had to travel to England alone.

From the beginning, before I even started writing, I knew I wanted to include some of my own experience within the narrative. Being part of a generation who grew up as the ultimate authority of a de-facto theocracy in Ireland was being dismantled, I felt it was important to highlight that I had never known a time when the church was unquestionable in my country. I grew up in an Ireland of lapsing Catholics, many of whom kept their personal faith or spirituality but rejected the institution of the Church because of what it had covered up. In contrast, my parents’ generation knew an Ireland where questioning the Catholic hierarchy, even the local priest, was unthinkable.

In my visits to archives, I saw where the records from church and state were held, including baptismal records for children born in these institutions and other documents. It was important to see the tangible binders that showed nuns, bishops and local authorities describing these pregnant women as “offenders” and “penitents.” In one case, the archivist turned out to be a former priest convicted of child sexual abuse.

Survivors of the institutions, by talking about their experiences publicly, by talking about the abuse and injustice, forced this country to reckon with itself. They fundamentally changed the Ireland that formed me, as a person and a writer. From the beginning, for me, the book was a very personal quest to understand how my country normalized this system of institutions. I wanted to use my own experiences of reporting out this question, to use the “I” within narrative, as a guide and in some ways a mirror. I worried sometimes that including my personal perspective might take space away from the people the book was focused on but I feel it allowed deeper insight into the conversations and interaction.

In the book, there is a particularly bizarre moment that takes place at the housing estate beside the burial ground at Tuam. The burial site is in the corner of a children’s playground, which was built over the former site of the Tuam home, a site of such cruelty, where babies were taken from their mothers. It is in the middle of a housing estate, where people are trying to live their lives, to go on dates. A woman whose house backs onto the burial site told me neighbors found bones in their garden. I hoped this moment in the book, focused on my experience, would help show how harrowing and ridiculous it is that families are still having to ask the government to identify the remains of children buried there and to rebury them with dignity.

In the middle of my reporting, a young man came up with a can of beer and started chatting me up. He said he thought what the nuns did was awful, then, in a flirtatious move, asked me if I was on Snapchat. I have read this section of the book publicly a few times; you can sense people holding their breath when they hear about the remains of children still buried in sewage chambers, and then, out of nowhere, this last image of a man propositioning me beside a mass grave. People sometimes laugh at that point, often a nervous release of energy; for me, the irreverence of that incident, by a young man I was asking to comment on the horror, helps communicate a surreal reality.

The decision to use a first-person narrative, to include my experiences of reporting, made it easier to knit the histories of the various institutions and the many testimonies of people with direct experience of that system together. I wanted to show how alarmingly recent this system of institutions in Ireland operated and to how this legacy continues to impact the lives of survivors. To do that, I tried to allow the reader to witness my own process of understanding and to include the stories that were personal. I wrote about meeting people my own age and included the stories of friends whose loved ones went through these institutions and my conversations with survivors adopted from an institution around the corner from my home. I also believe it was important to highlight how little I knew personally about a system that had fundamentally shaped my own country. It was not taught in depth in school and it was not spoken about, yet it was all around me.

It took time to learn when it worked to put myself within a story or to write through the “lens of experience,” as one editor encouraged me to do; not to center myself, but to think more deeply about what resonated with me in moments or what the experience of that moment meant. Even when you are not within the narrative, what stays with you as a witness will make that reality tangible for others.

Caelainn Hogan is an Irish writer and journalist. Her first book Republic of Shame explores the ongoing legacy of religious-run institutions for "fallen women". She has reported internationally on conflict, migration and marginalization. Her work has appeared in the The New York Times Magazine, National Geographic, Harper's, The New Yorker, The Guardian, VICE Magazine, and The Washington Post, among others. She lives in Dublin. 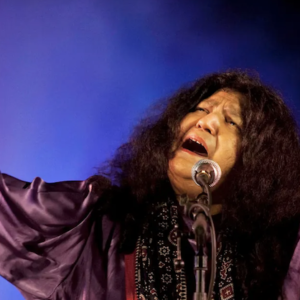 This frugal diet of living is getting to me Sometimes in the desert the wind will blow through my shell-shaped ears and...
© LitHub
Back to top