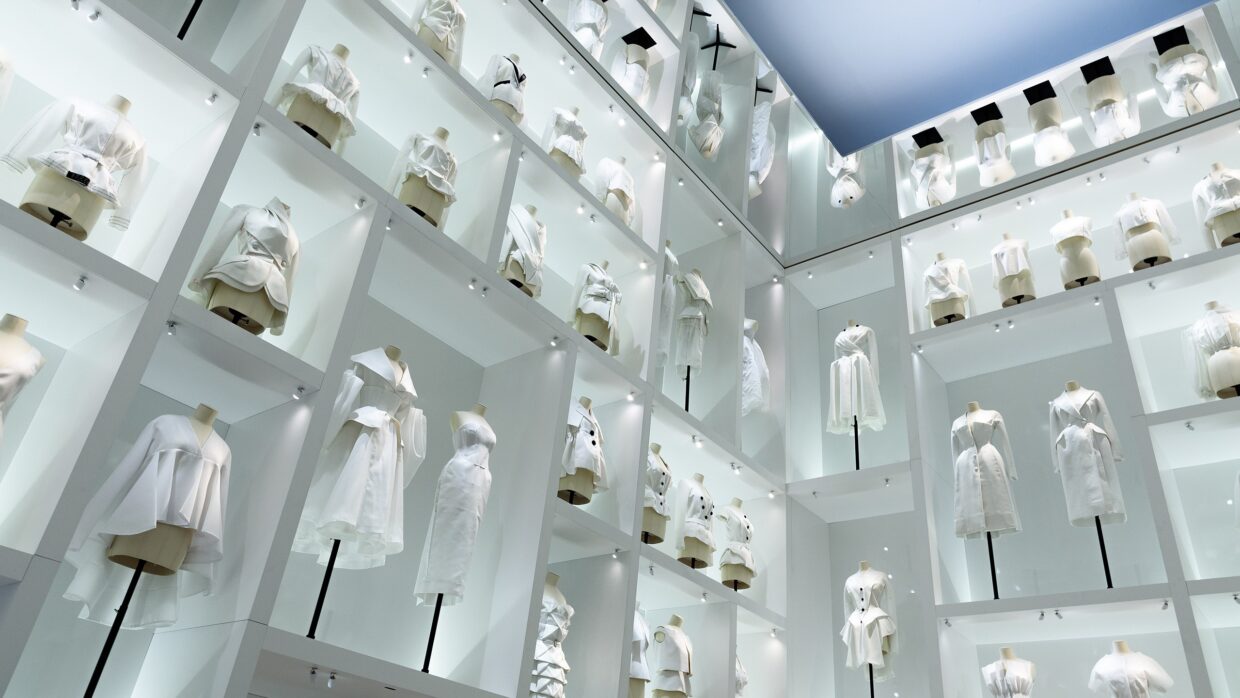 London, 2017. Lucille will do anything for her beloved grandmother. So when Granny Sylvie volunteers to send her to Paris to retrieve a beloved Dior creation left in the city many years ago, Lucille accepts. Why not escape for the weekend, when home means dealing with her hostile, demanding boss and a mother so uncaring that she’s forgotten Lucille’s birthday for five years in a row? Not long after arriving in Paris, however, Lucille discovers that the one dress is actually eight, and two of those are missing, including the Maxim’s, which she was specifically tasked with bringing back to London. Soon she is searching all over the city, in the company of her new friends Veronique and Leon, while her boss screams his frustration over the phone.

This present-day story intertwines with one set in Paris in 1952, featuring Alice Ainsley, the young, newlywed wife of Britain’s ambassador to France. Alice’s wealth and her position in society require her to look and act the part of the perfect hostess. Who better to dress her for that role than Christian Dior, whose New Look is taking the fashionable world by storm? Alice soon becomes the envy of her insulated social set, but her apparently blissful existence conceals great insecurity and hurt. Her husband has lost interest in her since the honeymoon, and the couple only grows farther apart over time.

Jade Beer does a wonderful job of interweaving these two timelines, keeping us guessing as to how they connect well into the book. And the contrast between Lucille’s modern approach to life, even when it lets her down, and Alice’s more limited options, despite her apparent prosperity, reveal the vast gulf between the 1950s view of women and our own, as well as the subtle ways in which one generation’s choices influence those of the next.

C. P. Lesley: You mention in your author’s note that The Last Dress from Paris grew out of a Dior exhibition that you visited. Tell us about the exhibition and what made it so inspiring for you as a novelist.

Jade Beer: So that was back in February 2019. That exhibit came to London, at the Victoria and Albert Museum. It was called Christian Dior: Designer of Dreams, and it really charted the development of Christian Dior, right from the inception in 1947 up to the present day. I actually shouldn’t have been there that day; I had a ticket, but I was so swamped at the office that I wasn’t going to go, until my creative director said “You’ve got to.” I was very inspired by the dresses. But what I kept coming back to was the women who had worn them. Who were these women, and wouldn’t it be the most amazing thing if you could sit down with them and they would talk to you about what happened to them on the occasions when they actually wore these dresses? That was the thing that, probably more than anything, that I held onto when I left the exhibition that day.

C. P. Lesley: The novel begins in 2017, with Lucille, although a large part of it does take place in 1952 and 1953. What can you tell us about Lucille’s life and personality, as revealed at the beginning of the story?

Jade Beer: Lucille is really coasting through life at the beginning of this book. She has an obnoxious boss who has no respect for her, so she has very little respect for him. She’s tolerated a boyfriend who doesn’t excite her at all, and rather sadly she’s ignored by her own mother, who when the book opens has missed Lucille’s birthday for the fifth year running. She’s putting up with a lot of things that are not quite right, and she’s not being vocal about it. But despite that, she does have ambition and intelligence, and she is capable of more. I think the most important thing is that her grandmother knows she’s capable of a lot more.

C. P. Lesley: Her grandmother, Sylvie, sets the action in motion by soliciting Lucille’s help. What does she want of Lucille, and why does Lucille agree?

Jade Beer: When we meet those two, it is Lucille’s birthday, and they’re having tea together in Sylvie’s cottage on Wimbledon Common. Lucille had to bake her own birthday cake, because nobody thought to do that for her. Her grandmother is feeling the weight of the disappointment and how life could be so much more, and she presents Lucille with a birthday card that has a message in it, saying that she’s going to send Lucille to Paris and that she wants her to have an adventure. But there is a slight catch to it, because she wants Lucille to retrieve and bring back a couture Dior gown that she left there in the 1950s.

C. P. Lesley: With chapter 2, we move into the historical timeline with the introduction of Alice Ainsley. Talk to us about her situation, what she’s doing in Paris, and what we know of her personality at this early stage in her life.

Jade Beer: She’s young when we meet her, only twenty-five; she’s the only daughter of socially ambitious parents who are quite pleased with themselves that they’ve managed to marry her off so well. She’s just returned from her honeymoon in Italy with her husband. We see her adjusting to this life in Paris as the wife of the British ambassador to France. She lives in a government residence, which is this impressive historical home; she has staff; she’s got a generous clothing allowance; and she sets about her role of hosting very glamorous and very important parties, which are all pretty much for her husband’s benefit. She’s very intelligent, she’s beautiful, she’s ambitious, but she finds herself in a world where her role is very tightly defined—not least by Albert, her husband. He has lost interest in her, and we get the sense early that all is not right there. She’s someone who at the beginning appears to have a very enviable lifestyle, but it’s not long before we realize that’s she’s quite desperately unhappy.

Jade Beer is an award-winning editor, journalist, and writer. In addition to The Last Dress from Paris, she has published the contemporary novels The Almost Wife and What I Didn’t Say.

C. P. Lesley is the author of two historical fiction series set during the childhood of Ivan the Terrible and three other novels. Her latest book, Song of the Sinner, appeared in January 2022. 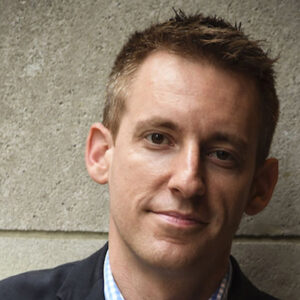