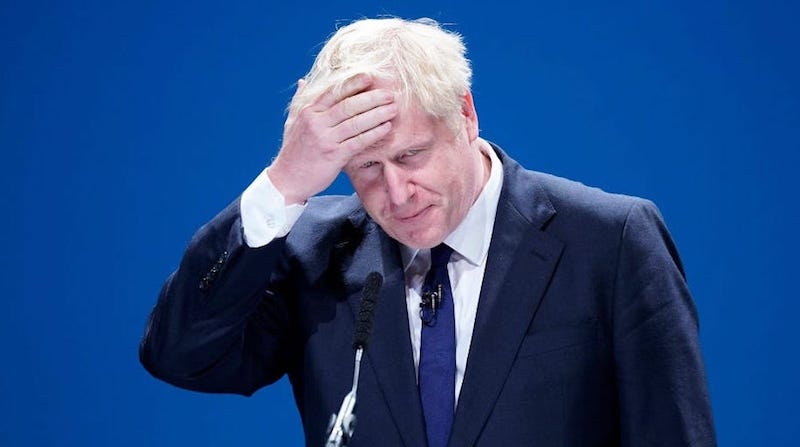 Looks like Boris Johnson was inspired by Shakespeare’s quarantine productivity: according to The Sunday Times, Dominic Cummings—former aide to the prime minister, Brexit leader, and COVID-positive road-tripper—plans to claim in a COVID-related parliamentary inquiry on Wednesday that Johnson skipped numerous critically important meetings on the coronavirus response because he was working on a biography of Shakespeare. Cummings will also testify that Johnson is responsible for tens of thousands of avoidable deaths by being averse to lockdowns, and that the United Kingdom adopted an irresponsible “herd immunity” COVID strategy until late March of 2020. Et tu, Dominic?

Johnson was notably missing from five important COBRA meetings in January and February last year; cabinet officials are concerned Cummings will say Johnson spent those missed meeting hours writing his Shakespeare book in order to fund his divorce from his second wife Marina Wheeler. The biography in question, Shakespeare: Riddle of a Genius, was originally scheduled for release in 2016, then pushed to 2020, and then was placed indefinitely on hold after Johnson was named prime minister. Hodder & Stoughton, his previous publisher, said they “have no plans to publish Boris Johnson’s book on Shakespeare for the foreseeable future.”

It’s well-documented that having to press pause on Riddle of a Genius pained Johnson. In 2019, just before becoming prime minister, Johnson told a Tory leadership event his woes: “It is obviously possible to make more money by not being a full-time politician. You have to make sacrifices sometimes . . . Being a full-time politician means that I won’t be able to, for instance, rapidly complete a book on Shakespeare that I have in preparation. It means that unjustly neglected author will no longer get the treatment he deserves as fast as it might otherwise happen. That will grieve me because I love writing about him.” Shakespeare, that unjustly neglected author!

Johnson’s spokesman, when asked today if the prime minister had missed COBRA meetings to write his book, said, “No, not that I’m aware of.” Jennifer Arcuri, with whom Johnson had a legally questionable affair during his time as London mayor, said when going public with details that reading Macbeth was “a kind of foreplay routine [Johnson] had.” (Reason and love keep little company together.)