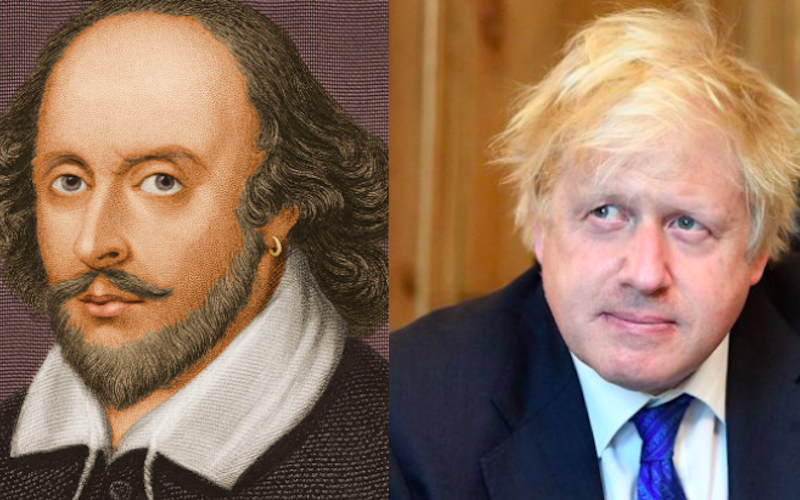 Is Shakespeare the forgotten victim in Boris Johnson’s political ascent?

Boris Johnson, author of the novel The Guardian called “not quite a novel,” was announced as Britain’s next prime minister today, because apparently the British saw what was happening in the US and thought it looked pretty tasty? One early victim of Johnson’s victory is, of course, Shakespeare, about whom Johnson is writing a book. Shakespeare: Riddle of a Genius was originally scheduled for release in 2016, was then pushed to 2020, and is now on hold indefinitely. His publisher, Hodder & Stoughton told The Bookseller that they had “no plans” to publish the book “for the foreseeable future.”

According its still-live Amazon page, Shakespeare: Riddle of a Genius is an exploration of the “unparalleled global phenomenon” of William Shakespeare. “With characteristic curiosity, verve, and wit, Boris Johnson sets out to determine why and how” people are still so hot on this Shakespeare character.

Condolences to all, but especially William Shakespeare, a riddle who may never be solved.