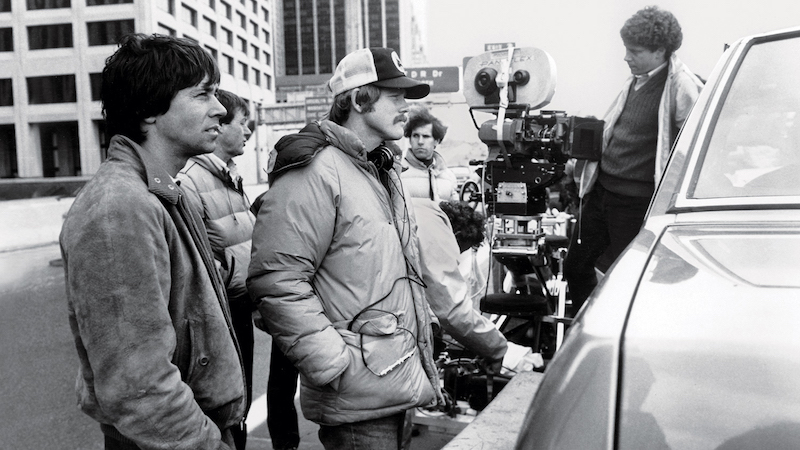 From the Family Farm to the Hollywood Hills, From A New Joint Memoir With His Brother Clint Howard

As I write this, I am sitting in a car in Queensland, Australia, getting driven to the set to begin the second week of shooting on my 26th feature film as a director. I am multitasking, jotting down notes for this book while framing shots in my head and glancing at the call sheet to remind myself of the work that’s scheduled for today. Now, I have been looking at call sheets in the back seat of a car since the 1980s. But this time, I really look. My name appears in three different places. Director, producer, cofounder of Imagine Entertainment . . . Ron Howard. That’s me.

I’ve never been one to take for granted the eventful life I have led. Still, seeing my name in print triggers something in me—a feeling of stepping outside of myself. It could all have been so different. My name could easily have been Ronny Beckenholdt, had my Oklahoman parents not made the brave, crazy decision as young lovers to move to New York to become actors. Dad wouldn’t have changed his name from Harold Beckenholdt to Rance Howard. Mom, the former Jean Speegle, would have become Jean Beckenholdt. And today, I would be . . . what? Wait, I know! How about a farmer in north-central Oklahoma, where my dad’s folks were from?

As Farmer Ronny, I grow corn and soybeans on the 40 acres that my family didn’t have to sell to a conglomerate to keep the lights on. I use some of this yield to fatten up the few pigs I still raise. It’s long hours and hard work, but fortunately I have the company of my brother, Clint, five years my junior. Clint and I also have a side business cleaning out and repairing independent oil wells in the area—anything to squeeze a buck out of the land. When commodity prices are up, we do okay. Every day at dusk, we wearily call it a day, taking off the ballcaps that protect our bald Beckenholdt heads.

I’ve arrived on set and it’s time to start setting up the day’s first shot. But another what-if strikes me before filming gets underway. Suppose my folks did stick with show business? Suppose they followed their dream to California, driving cross-country in 1958 with all their earthly belongings packed into a ’52 Plymouth, including four-year-old me? In this scenario, some things turn out the same as they did in real life. I become a successful juvenile actor, playing Opie Taylor on The Andy Griffith Show and Richie Cunningham on Happy Days. I am a household name in the 1960s and 1970s.

My name could easily have been Ronny Beckenholdt, and today I would be . . . what? Wait, I know! How about a farmer in north-central Oklahoma.

But here’s the twist: those roles are what I am best remembered for. I never pursue my teenage ambition to become a director. I simply keep on acting into adulthood, with mixed success—though I do enjoy the warm notices I’ve been receiving lately for playing “the grandpa” in various Christmas movies on the Disney Channel.

Neither of these scenarios is a bleak one; I would have considered them positive outcomes. As a matter of fact, the Beckenholdt farm is still in the family, run by my cousins, and I have plenty of actor friends my age who, though they’ve had their ups and downs, wouldn’t trade their experiences for anything. But I have been fortunate to see my life turn out incredibly well—to not only realize but surpass my dreams of making a living as a storyteller.

Until recently, I was not particularly inclined to contemplate the “why” of this. But when my father died over Thanksgiving weekend in 2017, at the age of 89, his passing kicked off a round of introspection on my part. Clint and I were now orphans; our mother had died in 2000. It was a sad time but also, in the big picture, a time when we found ourselves counting our blessings. For both of us, life was good and fulfilling in all the ways that mattered most.

Clint and I made a pilgrimage to Dad and Mom’s now-unoccupied house—our old house—in search of photos and home movies to use in Dad’s memorial service, which was held two months after his death. As we went through Dad’s personal effects, Clint and I shared family stories in a verbal shorthand unintelligible to outsiders: “Mom and the paint cans.” “The bathroom graffiti at Desilu.” “Bicycle-pump blood.”

Our parents’ story had come to an end, a lot for us to process. As we contemplated this reality, we experienced a shock of recognition. Their journeys were rich and strange, in ways we hadn’t realized until that point. That made our journeys rich and strange, too.

I had never before viewed my life this way. For years, my stock answer, when people asked me “What was it like to grow up on TV?,” was that it seemed utterly normal, because it was the only childhood that I ever had. Clint, who was still a grade-schooler when he starred in Gentle Ben, another hit television series, would tell you the same.

My answer was too pat, though. To us, our childhoods seemed normal, but they were really anything but. We grew up in circumstances that were profoundly unusual, dividing our time between attending public schools, being tutored on set, and working in an industry fraught with way more snares and traps than we were aware of in our innocence.

Our parents’ own show-business aspirations were never realized as fully as ours, yet neither of them ever articulated or even telegraphed any bitterness or resentment toward us. They were show people but they weren’t narcissists. They were stage parents but they weren’t monsters. And Clint and I, even though we were as familiar with soundstages and makeup artists as we were with playgrounds and Wiffle Ball, grew up in their down-to-earth image.

Mom and Dad managed this feat with remarkable grace, navigating their boys through terrain that, by all rights, should have left us psychologically damaged. And make no mistake, Clint and I didn’t get through our childhoods unscathed. We both have our share of emotional scar tissue. But like Indiana Jones in that famous scene where he narrowly escapes getting crushed by a giant rolling boulder, we somehow made it through intact, ready for the next adventure.

As the parent of four children (now thankfully all grown), I wonder: How the hell did Mom and Dad pull this off? How did we? 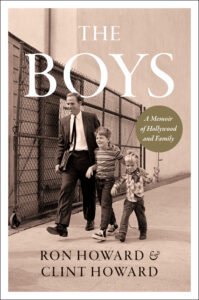 Excerpted from the book The Boys: A Memoir of Hollywood and Family by Ron Howard and Clint Howard. Copyright © 2021 by Howard Boys LLC. From William Morrow, an imprint of HarperCollins Publishers. Reprinted by permission.

Ron Howard is one of this generation's most popular directors. From the critically acclaimed dramas A Beautiful Mind (2001) and Apollo 13 (1995) to the hit comedies Parenthood (1989) and Splash (1984), he has created some of Hollywood's most memorable films. Howard made his directorial debut in 1978 with the comedy Grand Theft Auto (1977). He began his career in film as an actor. He first appeared in The Journey (1959) and The Music Man (1962), then as Opie on the long-running television series The Andy Griffith Show (1960).

How Christian Leaders Made the Case for the Crusades as an Act of... Love?

Not Everybody Loves Sebald: 5 Book Reviews You Need to Read This Week 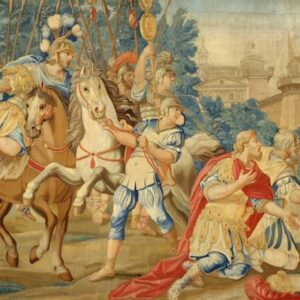 How Christian Leaders Made the Case for the Crusades as an Act of... Love?

Seven hundred years after Augustine’s conversion, Pope Urban stood before a packed hall at Clermont—in what was then...
© LitHub
Back to top
Loading Comments...