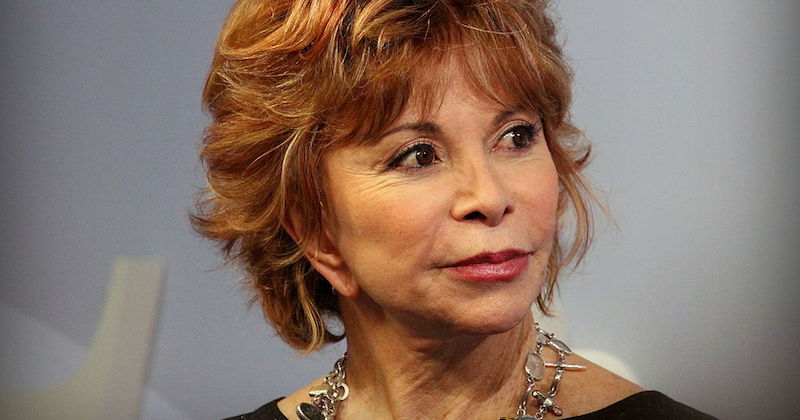 "In the absence of ambition I had good luck."

Though I always had passion when I was a young woman, I don’t think I had literary ambition. I think the idea never crossed my mind because ambition was a male thing; when applied to women it was an insult. The Women’s Liberation Movement allowed some women to appropriate this concept, just as they did with assertiveness, competitiveness, desire for power, eroticism, and the self-confidence to say no. Once in a while the women of my generation grabbed the opportunities that were available—not that there were many—but we rarely had a plan for success.

In the absence of ambition I had good luck. Nobody, let alone I, could foresee the immediate acceptance that I enjoyed with my first novel and have experienced with the rest of my books. Maybe my grandmother was right when she prophesied that her granddaughter was going to be fortunate because I had a birthmark in the shape of a star on my back. For years I thought that birthmark was unique, but as it happens it’s very common, and moreover it fades over time.

I was always disciplined in my work because I internalized my grandfather’s admonition that leisure time was dead time. I followed that rule for decades, but I have learned that leisure can be fertile soil where creativity grows. I am no longer tormented by an excess of discipline, as I was before. Now I write for the pleasure of telling a story word by word, step by step, enjoying the process without thinking of the result. I don’t tie myself to a chair eight or ten hours a day, writing with the concentration of a notary. I can relax because I have the rare privilege of having loyal readers and good publishers who don’t try to influence my work.

I write about what I care for, in my own rhythm. In those leisure hours that my grandfather considered wasted, the ghosts of imagination become well-defined characters. They are unique, they have their own voices, and they are willing to tell me their stories if I give them enough time. I feel them around me with such certitude that I wonder why nobody else perceives them.

The ability to overcome obsessive discipline didn’t happen in one day; it took me years. In therapy and in my minimal spiritual practice I learned to tell my superego to back off and leave me alone; I want to enjoy my freedom. Superego is not the same as consciousness; the former punishes us and the latter guides us. I stopped listening to the overseer inside me who demands compliance and performance with the voice of my grandfather. The race uphill is over; now I stroll calmly in the land of intuition, which has turned out to be the best environment for writing.

My first novel, The House of the Spirits, was published in 1982 after the boom in Latin American literature, as the set of magnificent books written by a group of famous writers from my continent was called. The boom was a male phenomenon. Women writers in Latin America were systematically ignored by critics, professors, students of literature, and publishing houses. If they were published at all, it was in small editions without adequate promotion or distribution. The reception my novel got surprised everybody. It was said that it had taken the literary world by storm. Wow! Suddenly it became obvious that the readers of novels were mostly women, and not just in Latin America. There was an important market out there, just waiting for publishing houses to grab it. That’s exactly what they did, and now as much fiction is published by women as by male writers.

And this is where I have to pay posthumous tribute to Carmen Balcells, another of the passionate and remarkable women who helped me along the journey of my life. Carmen, a famous literary agent from Barcelona, was the godmother of almost all the great writers of this Latin American boom, as well as of hundreds of other Spanish-language authors. She spied some merit in my first novel and she had it published, first in Spain and then in many other countries. Whatever I have achieved in this strange craft of writing I owe to her.

I was an unknown person who had written her first little novel in the kitchen of her apartment in Caracas. Carmen invited me to Barcelona for the launch of the book. She didn’t know me at all, but she treated me like a celebrity. She threw a party in her house to introduce me to the city’s intellectual elite, critics, journalists, and writers. I didn’t know a soul. I was dressed like a hippie and was totally out of place, but she calmed me with just one sentence: “Here nobody knows more than you; we all improvise.” That reminded me of Uncle Ramón’s advice: Remember that everybody is more scared than you are.

That dinner party was the only occasion where I have seen Russian caviar served with a soup ladle. At the table Carmen raised her glass to toast my book, and at that very moment the electricity went out and we were left in pitch darkness. Without a moment’s hesitation, as if she had rehearsed it, Carmen said: “This Chilean woman’s spirits have come to toast with us! Cheers!”

Carmen was my mentor and my friend. She used to say that we were not friends; I was her client and she was my agent, that we only had a business relationship, but that was not true at all. (Nor was her proclamation that she would have liked to be a kept woman. I can’t imagine anybody less gifted for that role than she.) Carmen was at my side during my most significant moments, from Paula’s illness to family weddings to my divorces, always supporting me unconditionally, always present.

This woman, who was able to confront the biggest bully, consulted an astrologer; she believed in psychics, gurus, and magic. She would easily get emotional and cry. She cried so much that Gabriel García Márquez dedicated one of his books to her: To Carmen Balcells, bathed in tears.

The ability to overcome obsessive discipline didn’t happen in one day; it took me years.

She was generous to an extreme. For my mother’s 80th birthday, she sent 80 white roses all the way to Chile, and when Uncle Ramón turned 99 she did the same for him. She never forgot his birthday because they were born the same day in August. Once she gave me a complete set of Louis Vuitton luggage because she considered mine cheap and old. It was stolen at the airport in Caracas the first and only time I used it, but I didn’t tell her because she would have replaced it immediately. She would send me so many chocolates that I still find some hidden in the most unexpected corners of my house.

After the sudden death of this formidable Catalan lady, I had the feeling for a while that I had lost the life vest that kept me afloat in the stormy literary sea. But the agency she created with her talent and vision continues smoothly under the management of her son, Lluís Miquel Palomares.

I have Carmen’s photograph on my desk to remind me of her advice: Anybody can write a good first book, but a writer is proved by the second and by those that follow; you are going to be judged harshly because success in women is not easily forgiven; write what you want; don’t allow anybody to interfere with your work or in the handling of your money; treat your children like royalty, they deserve it; get married, because a husband, no matter if he is a moron, looks good.

Just as Carmen warned me, it has taken me decades to get the recognition that any male author in my situation would take for granted. It has been very hard to achieve acceptance with Chilean critics, but I have always had my readers’ affection. I don’t hold a grudge about the bad reviews because criticism is a national trait; in Chile anybody who rises too far above average is crushed, with the notable exception of soccer players. We have a noun and a verb for this: chaqueteo and chaquetear, which mean to grab someone by the lapels and pull him or her down. If the victim is female, the cruelty and speed are doubled to prevent her from becoming too confident. If I didn’t suffer from this chaqueteo I would worry; it would mean that I am of no importance whatsoever.

After I had published 20 books, which have been translated into forty-something languages, a Chilean writer whose name I don’t remember said that I was not a writer, I was a typist. Carmen Balcells asked him if he had formed his opinion based on having read any of my work. His reply: “Over my dead body.” This was when I was nominated for the National Prize for Literature.

In 2010, with the support of four former presidents, several political parties, and Congress, I received the award. Only then did I finally win some respect from Chilean critics. Carmen sent me ten pounds of orange peels covered in dark chocolate, my favorite. 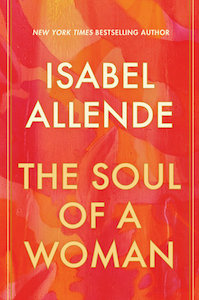 Excerpted from The Soul of a Woman. Used with the permission of the publisher, Ballantine Books, an imprint of Random House, a division of Penguin Random House LLC. All rights reserved. Copyright © 2021 by Isabel Allende.

Born in Peru and raised in Chile, Isabel Allende is the author of a number of bestselling and critically acclaimed books, including The House of the Spirits, Of Love and Shadows, Eva Luna, Paula, and In the Midst of Winter. Her books have been translated into more than forty-two languages and have sold more than seventy-four million copies worldwide. She lives in California.

On the Ultra-Relatable, Modern Burnout of Chekhov’s “Ward No. 6” 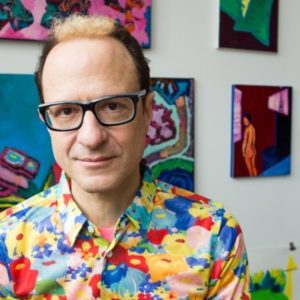