On the Intrinsic Power of What People Call (and Miscall) You

In an essay she named “Working While Female,” Hallberg gave us more description:

I never really felt anything like despair, until our experiment ended after a week, and we decided to go to our boss so that we could tell him exactly what it was like writing while female.

He didn’t believe us. He actually said “There are a thousand reasons why the clients could have reacted differently that way. It could be the work, the performance… you have no way of knowing.” For the first time in two years, I *almost* lost my cool. I wanted to grab him by the arms and shake him, scream in his face until he heard me, stress cry and scream at the sky until the world made sense. But I did not cry. That would be breaking The Rules that had kept me alive in this company for this long.

But I will always wonder. What did my boss have to gain by refusing to believe that sexism exists?”

Linda Rosenkrantz, co-founder of Nameberry—a conglomeration of books, websites, and chat rooms, consulted primarily by people naming newborns, some four million people a month—understands the power of names to influence a person’s life’s path, for better, for worse. Today, we have a cabinet that is the most white and most male in a quarter century, and it is dominated by the likes of Mike, Rex, Steven, James, Jeff, Ryan, Tom, Rick, John…

When we spoke, Linda, who is also the author of Talk, told me that more American parents are naming their baby boys after guns than ever before: Trigger, Shooter, Caliber, Magnum. Lethal, even. Sabre and Arrow are on the rise for girls. In the US, parents are relatively free to name their offspring as they please, which is not the case in other places. In Denmark, for instance, parents can’t name a kid Pluto. In France, Nutella. Germany, Adolf Hitler. Sweden, Ikea, and so on. Linda talked and talked about names—it’s her job, after all to think about the power of names. How, for instance, Trump rises up to obliterate Drumpf. Why, at the same time we are learning about Hallberg and Schneider’s experiment, Margaret Atwood is writing about The Handmaid’s Tale’s nameless protagonist for The New York Times Book Review: “Why do we never learn the real name of the central character, I have often been asked. Because, I reply, so many people throughout history have had their names changed, or have simply disappeared from view.” Why, at the same time, we are thinking about the Oscar-winning actor Mahershala Ali as well.

Ali stood center stage at the Oscars. He’d just won best supporting actor for his role as Juan in Moonlight, and, in addition to thanking his teachers, cast and crew, co-stars, the academy, and colleagues, Ali thanked his wife, Amatus Sami-Karim. Four days earlier, she had given birth to their daughter. Thank you, Ali said to Sami-Karim, “for being such a soldier.”

As Ali walked off stage holding his Oscar statue, the first Muslim actor in history to do so, Oscars host Jimmy Kimmel chose to use the unprecedented moment to laugh about how ever Ali and Sami-Karim would name their newborn baby. “You can’t name her Amy!” Of course they could have named their daughter Amy, or any name at all. They chose Bari Najma Ali.

In a flash, Roxane Gay, author of Bad Feminist, Difficult Women, and An Untamed State, called it: “You receive the greatest honor of your career and immediately after a white man reminds you that you are different,” she said in a Tweet. “What fuckery.”

There was more fuckery to come. When a line of tourists plucked from the street gawked their way past a star-spangled front row, taking selfies, shaking hands, and stopping along the way to chat with Kimmel, the first question Kimmel asked was no surprise: What’s your name?

His response to one woman, however, was shock. “Your name is Yulree?!” he said, Kimmel’s waggish stupefaction, rather than Yulree Tio (neé Chun), his purported guest, taking center stage. Sure, it’s Kimmel’s job to dazzle and eclipse, but you had to wonder: Had he heard a word of Ali’s acceptance speech? “I want to thank all my teachers,” Ali had said. Teachers “who taught me, ‘It’s not about you… you’re in service to these stories.’” In an echo of Hallberg’s question, what’s gained by not seeing offense? Easy laughs here—headlines, sure—but at what cost?

Tio, like Ali, was gracious. “It rhymes with jewelry,” she explained to Kimmel, who then turned to Tio’s husband and asked the same.

Among the powerful responses published after the fact (by Sinem Bilen-Onabanjo, for The Guardian Nigeria, Charlene Jao, for The Mary Sue, Lawrence Yee, for Variety, blogger Phil Yu), author and journalist Vanessa Hua wrote an essay for the San Francisco Chronicle. “There’s a name for it—racism,” it was titled. In it, Hua cited a study demonstrating that Asian job candidates in the United States “were twice as likely to get a call back if they changed their names and excluded race-based honors and organizations (a finding that held true for African Americans, too).” Names promote, or punish, depending on how a person receives and perceives them. In The Atlantic, historian Cody C. Delistrary has reported that if you have a “black-sounding” name, you need to send out 50 percent more applications to get a job interview. You are three times more likely to get a job interview with an “English sounding” name, like Adam Henton, according to one study, than a “Muslim sounding” name, like Mohamed Allam. Names influence what schools we attend, the grades we receive, how much we get paid, if and where we get published. Last year, novelist Catherine Nichols systematically resubmitted a manuscript using the name George, and found editors more likely to accept the work of George. There are, as the New York Times reported, fewer women running big companies than men named John. “Among chief executives of S&P 1500 firms,” the story reads, “for each woman, there are four men named John, Robert, William or James.”

Names appear to have power over justice itself. “All else being equal,” reads one study on the influence of names in the selection of US judges, “changing a candidate’s name from Sue to Cameron tripled a candidate’s likelihood of becoming a US judge; a change from Sue to Bruce quintupled it.”

Freud believed “a human being’s name is a principal component in his person, perhaps a piece of his soul,” nomen est omen. Ralph Ellison was named Ralph Waldo by a father who loved to read. Ellison became a writer, in part, he believed, because of “the suggestive power of names and the magic involved in naming.” Lucy Stone, the first woman to earn a college degree in Massachusetts, in 1847, kept her maiden name, a radical act at the time. In the 1920s, she became the namesake of The Lucy Stoner League, a group of women who advocated keeping maiden names. She said, “My name is the symbol of my identity and must not be lost.” And what of the identity of those whose names have been stolen, or erased? Almost all African-Americans lost their surnames to their owners during slavery, Henry Louis Gates Jr. wrote in a column for The Root, called Tracing Your Roots, that responds to readers trying to trace ancestry and find the origins of family names.

“A proper name,” John Stuart Mill once wrote, “is but an unmeaning mark which we connect in our minds with the idea of an object, in order that whenever the mark meets our eyes or occurs to our thoughts, we may think of the individual object.” But people, of course, are not objects, even if they are treated that way. Which isn’t to say that how we treat object names isn’t important, too. Last year, President Obama (no stranger to fuckery in the name of names, punished for years by the Right for his) returned Mount McKinley’s name to Denali—“the great one”—the name Alaskan Natives have been calling America’s highest mountain for generations. Geographer Lauret Savoy, author of Trace: Memory, History, Race, and the American Landscape, explored the name change in an essay. “To consider place-names as givens,” she wrote, “is to see a reflecting surface and not what lies beneath.”

In his essay “Breaking Tongues,” Sinthujan Varatharajah says, “To have a name is a privilege.” The name that he was given, he writes, “came with sounds, senses and feelings, many of which are positioned outside of western semiotics. The name was a cache for memories, lost histories and songs.” Varatharajah’s first name, he writes, gets “reduced to nothing more than ‘Sin,’” mostly by white people who “[think] that my already butchered name was still too long and complicated.” It is a privilege, he says, “to be given the dignity to be addressed the way we choose to be.”

In The Language of Names: What We Call Ourselves and Why It Matters, Anne Bernays and Justin Kaplan, turning to onomasts from the American Name Society to the journal Onomastica Canadiana, summarize the power of names: “Full personal names, first and last taken together, stand at the intersection of opposing pulls: bearer with family and kinship ties, and so focus both the present and the past.”

We’d do well to add the future here. How we treat each other because of our names shapes our world going forward—our courtrooms, corporations, books, and films. Names matter. And what we do, the choices we make—what we give, what we take—this matters, too.

Catherine Buni is a writer and editor whose work has appeared in the New York Times, theAtlantic.com, the Los Angeles Review of Books, and Orion, among others. She is also the founding editor and publisher of the Appalachian Mountain Club’s award-winning magazine, Outdoors, and an editor at large to the journal Appalachia. 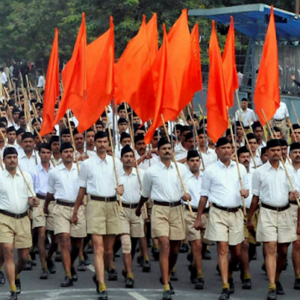 On an August 2015 morning, two young men on a motorcycle stopped outside the home of Malleshappa Kalburgi, a 78-year-old...
© LitHub
Back to top