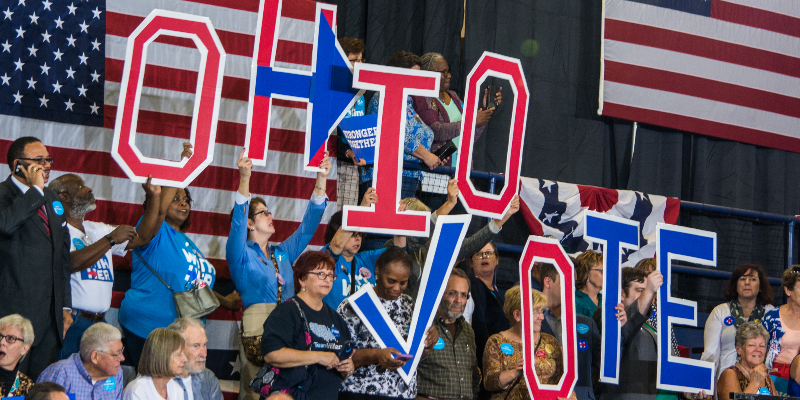 David Giffels in Conversation with Andrew Keen on Keen On

On today’s episode, David Giffels, author of Barnstorming Ohio, discusses how Ohio offers a valuable reflection of the national questions and concerns, especially with the upcoming election.

Andrew Keen: The one thing that you haven’t talked about, which is also in your book, is the gender issue. Ohio brings together the different economies and cultures of America, but it’s also like the rest of the country in its divisions between men and women. And not only do you write about your son, the police officer, in the book, but also about your daughter, who came of age in the last election and, of course, will be voting again this time around.

The current poll in Ohio is that Biden and Trump are running almost identical. Ohio, of course, is famous because it’s elected the president I think since 1964, and of the thirty-one elections since 1896, it’s voted with the winners in 29 spots. Women will probably decide the election in Ohio. Tell me about the women of Ohio, David, particularly your daughter. What does that tell us about the future of America and about the upcoming election?

David Giffels: Sure. I wrote about the way that women were energized, especially in the wake of the election of Donald Trump. Sometimes when you’re a writer, when you’re a journalist, sometimes low hanging fruit isn’t the worst thing in the world. So, I’m researching this chapter and thinking about the role that women are going to play and how in 2018, they really kind of shaped and in some ways revolutionized the midterm election. And I thought, wait a minute, I have a young female voter living in my household. Why don’t I interview her? So I kind of casually said—her name is Leah—I said, Leah, can I interview you? Can I talk to you about your experience voting?

She turned 18 just in time to register to vote in 2016. A young woman who just happened to walk in to one of the most complex moments for a young woman to be voting, probably in American history, a choice between the first mainstream female candidate for president and the most openly misogynistic candidate, at least in the modern era. I talked to her about it, and it’s interesting because it’s not like we’d never talked about politics before, but I had never really heard her reflect on that experience, and it was very eye-opening as a father and as somebody who’s thinking in larger ways about these questions.

She said as she heard more about Donald Trump and his treatment of women, she was more energized politically to the point where after he was elected and she felt really disappointed, she also, at eighteen, when the world is your oyster—up until that point, her career choice had been narrowed down to emergency room surgeon and Saturday Night Live staff writer. Those were her two choices, which when you’re eighteen, you get to do that. But she said it made her want to consider law as a pursuit because she wanted to fight for women’s rights, because she felt so offended by the symbol of Donald Trump.

So, she moves forward as an emerging feminist and as an emerging political thinker and helped me see firsthand what this energized female electorate looks like. When I would talk to experts and they would tell me that, as you said, that they believe that women—and I think it’s especially educated white suburban women—may be a, if not the, deciding factor, I saw it firsthand. I saw somebody who might not have been as engaged politically but is charged by this moment and and will be a more active participant in the process than we might expect young people to be. And I can wonder and maybe hope that her example extrapolates across a larger population. But I did spend time talking and researching about the effect of 2018 and post-2016 that makes me feel like there is going to be a larger surge of female voters.

Andrew Keen: Well, David, I’m gonna put you on the spot now, to end. As I said, the polls are predicting at the moment basically a dead heat in Ohio. You’ve barnstormed Ohio. You know as much about the state as anyone. Who’s going to win in three weeks—in Ohio, not just in America. What’s your sense?

I have to say anecdotally, just driving across Ohio a few weeks ago, I saw so many Trump signs, particularly outside the cities. I was in Columbus and there were a lot of Biden signs, but everywhere else it’s ubiquitous Trump. So I have to say, my own anecdotal sense is that Trump’s going to win, but I’m probably wrong. What do I know.

David Giffels: Well, it’s not that you’re wrong, it’s that I know the route you drove. I could take you to the dividing lines where you’ll stop seeing the Biden signs and you’ll start seeing the Trump signs.

I’m not enough of a fool to predict three weeks out how this is gonna go, because I know how this changes. I will say, though, that two weeks ago or three weeks ago, it seemed like it was a foregone conclusion that Trump had Ohio wrapped up. The fact that it has narrowed to a dead heat this close to the race, and the fact that Ohio really does reflect this national trend, tells me that if Ohio has drawn to a dead heat, that’s not good news for Donald Trump.

Andrew Keen: I certainly hope. And one of the things that strikes me is the chances are still that Ohio will vote Trump, but the chances are also he’ll lose the election, so in that sense, Ohio will become less like America. It won’t be the bellwether state anymore. 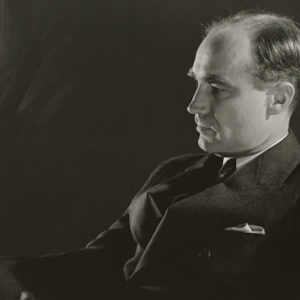 Henry Robinson Luce said he became a journalist because it enabled him to “come nearest to the heart of the world.” He was born...
© LitHub
Back to top