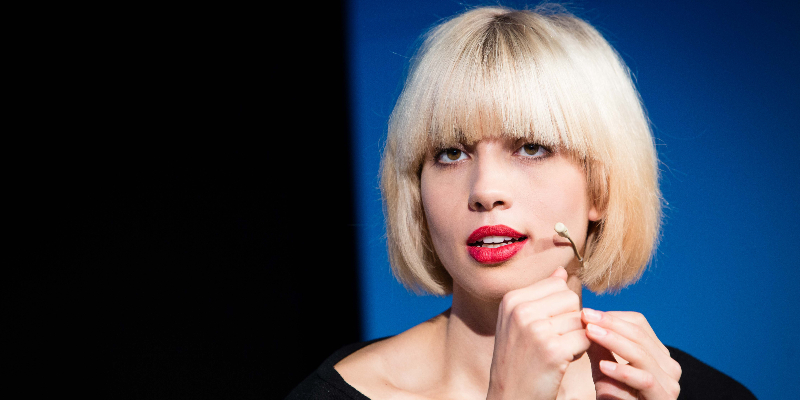 Paul Holdengräber is joined by Nadya Tolokonnikova on Episode 122 of The Quarantine Tapes. Nadya is an artist and activist and a member of Pussy Riot. Nadya talks about her early awareness of political and social issues coming from the environmental conditions in her hometown. She emphasizes the importance of community and being informed as a key part of making change. In a conversation that takes a sharp look at the intersection between art and politics, Nadya and Paul discuss her recent work around environmentalism as well as Nadya’s perspective on anarchy, community, and ongoing activism in the US.

Nadya Tolokonnikova: Well, that’s a big question. It’s not like I have accomplished that already in Russia and I came here to the states to help you to take back control. But more information is a big tool that all of us can use, and building your own alternative systems of information, informing your fellow citizens about what’s happening is really, really important, too. After we were released from jail, we built an organization that is called Mediazona. It’s a media outlet that we manage by ourselves and we funded by ourselves. Right now, a big part of this organization is funded by the people who started crowdfunding three years ago. And it’s grown really fast. It shows that people are thirsty for real, not fake, news. And that actually gives me hope. We write a lot about activism, and in particular about environmental activism.

Paul Holdengräber: In the early days of Pussy Riot, you said at one of your rallies, “Only when politics meets culture is something interesting born.” I’m wondering if you remember saying that, first of all, and what that might mean to you now.

Nadya Tolokonnikova: I don’t remember that moment when I said that, but I guess I would say something similar. For me personally, politics and culture, they always co-exist together, and I never knew how to answer the question, what comes first, politics or art?

I don’t trust all the cultural workers who are necessarily political. If they are aware of the political conditions and the way they affect their art, if they’re aware of the political context, and if they decide consciously they don’t want to make any political statement, that’s okay. But I really don’t appreciate an artist and any cultural workers who are closing their eyes on the political context. And to me, art—personally, to me; it doesn’t mean it has to be like that for everyone. I think there is beauty in our differences. For me personally, art is always about questioning the status quo. And that’s why I see a lot of beautiful potential on the intersection between politics and art.

Nadya Tolokonnikova is a Russian conceptual artist, political activist, and the founder of the art collective Pussy Riot, which has been the world’s most prominent art group in recent years and a global symbol of activism. In 2012 Nadya was sentenced to two years’ imprisonment following an anti-Putin performance by Pussy Riot in Moscow’s Cathedral of Christ the Saviour. Shortly after her release in December 2013, Nadya announced the opening of an independent Russian news service Mediazona. Nadya has spoken before the US Congress, British Parliament, European Parliament and has lectured as an honorary speaker in Harvard, Cambridge, Glastonbury music festival and at many other universities and events. Nadya is a Lennon Ono Grant for Peace recipient, has appeared as herself on Season 3 of House of Cards and has performed the song “Refugees In” as part of Banksy’s Dismaland. She’s created the music videos “Chaika,” which exposes Russian corruption, “Make America Great Again,” which was eerily made before the 45th American president was elected, and other law enforcement tracks “I Can’t Breathe” (in honor of Eric Garner), “Police State,” “Bad Apples,” and most recently “Elections” in protest of the Russian “elections.”

What We Still Don't Know About the Cuban Missile Crisis 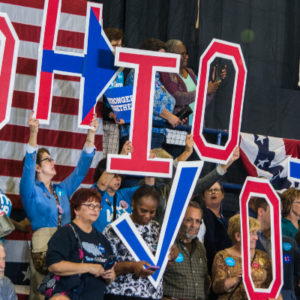