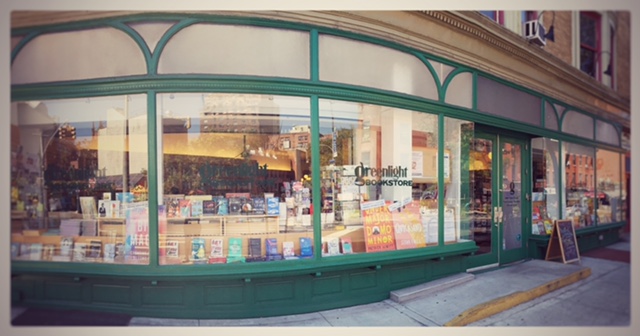 In Brooklyn, where Cesar Aira got to meet Cecil Taylor

Both separately, then together, Jessica Stockton Bagnulo and Rebecca Fitting had a dream to open a bookstore. They had spent a combined 26 years working in bookstores and in publishing before becoming business partners; neither were well-suited to office life, and both loved working in bookstores. They knew full-well that running a store was different than working in a store, but it didn’t make them want to do it any less. Discovering a shared and kindred interest, they partnered to create Greenlight.

In June of 2009, construction began at 686 Fulton Street, aided by the community of neighbors, book industry colleagues, friends and family. With overwhelming generosity, people came daily to help the artisans, contractors and bookstore staff to clean, scrape, paint, stain shelves, and check in and sort books. With their help, Greenlight Bookstore was ready for business by October. Five years on, Greenlight has become an important feature in the Fort Greene, Brooklyn community.

Rebecca: We really like displaying chapbooks and books from independent presses. These books are some of our favorites and there are so many that we would like to face out. We would also create a space for writers, for workshop type meetings or craft talks. Most of our staff are writers and reach out to a wide range of different genres. They write as graphic novelists, screenwriters, poets, fiction, non-fiction and more.

Jarrod (Manager) and Jess (Bookseller): We serve Ft. Greene, Brooklyn really well. Our customers keep coming back because Greenlight is a welcoming place and our booksellers are knowledgeable and try to figure out what a person is interested in reading and then offering a book they’ve either read or know is making the rounds on the must-read lists. Our staff picks sell fast and there are customers who come in looking for one bookseller to see what they are reading. We’re also able to work with all sorts of authors and publishers from the biggest you can imagine to authors who are sewing the binding of their own books. It’s just what we like and we can help those readers who like all these different publishers as well.

Jarrod and Jess: We have some favorite dogs. There’s Pumpkin who knows how to open the treat container and Jules who won’t walk past the bookstore without coming in to say hello. They’re actually friends.

Jarrod and Jess: We have celebrations. Our events and parties are so much fun. The store is packed and everyone is feeling good. Sometimes visitors want to stay all night and ask questions of the authors. One of our favorite memories is when Cesar Aira did his first event in the U.S for The Musical Brain. The store was filling up and Cecil Taylor, who lives in the neighborhood, walked in and sat down. The last story in the book is called “Cecil Taylor.” That night Cesar Aira got to meet Cecil Taylor and read the story to the audience. It was amazing.

Jarrod and Jess: Realizing that there was an infinite amount of knowledge out there and that whatever we wanted to discover and learn, it could be at our fingertips.

Jarrod and Jess: Trying to get a job at Greenlight.

Jarrod and Jess: The proundness of it all. When you’re a bookseller you’re a handseller, one book at a time. Both Jessica and I experienced that working in bookstores, which is part of what made us want to take it further. When you’re a bookstore, you’re a taste-maker, which is the same thing as being a handseller, but on a bigger scale. The events you schedule, the books you feature, the people you hire—with hope, they all affect your customers in ways you intend, and occasionally in ways you didn’t intend. 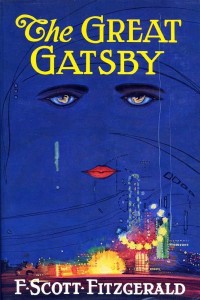 STAFF RECOMMENDS: A perennial favorite and one of the sources of our name, Fitzgerald’s masterpiece is always a staff pick at Greenlight Bookstore. 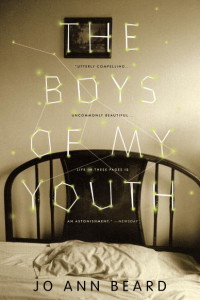 JESS (BOOKSELLER) RECOMMENDS: Every time I read the essays in this book, I have to tap my chest afterwards to start my heart beating. Beard takes you through her childhood friendships, relationship to her siblings, the end of a marriage, the death of her mother, the boys of her youth, and near misses. And sometimes it occurs all in one essay. This is one remarkable collection of writing. 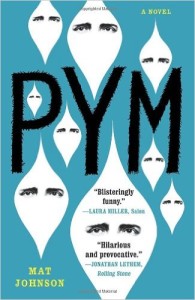 DANTE (BOOKSELLER) RECOMMENDS: A fired professor of American literature Chris Jaynes, has an utter fixation with Edgar Allen Poe’s only novel The Narrative of Arthur Gordon Pym. When he finds a manuscript that confirms the reality of Poe’s fiction, he brings together an all-black crew of six to follow Pym’s trail to the South Pole. With little but the firsthand account from which Poe acquired his story, Jaynes and his crew embark on an epic journey that is funny, entertaining and highly compelling. 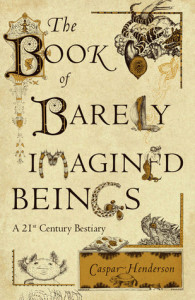 JULIAN (BOOKSELLER) RECOMMENDS: Inspired by Borges’ mythical bestiary, Henderson’s fascinating cabinet of curiosities/museum-in-a book has as many interesting things per page as anything I’ve read. Each chapter starts with a (real) creature, then spirals into a blend of natural history and philosophy, illuminating subjects like the evolution of vision and the natures of memory and illusions. Endlessly rich and compassionate, with hundreds of margin-notes and allusions to literature. 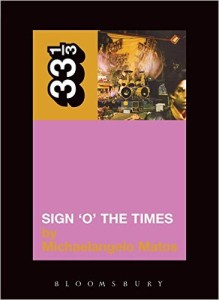 GEO (MANAGER) RECOMMENDS: An entertaining, engrossing pop culture study on one of Prince’s most complex and divisive albums (divisive when it first came out, at least—everyone loves it now). If you buy this book, and I’m the one at the register, tell me what your favorite track is. 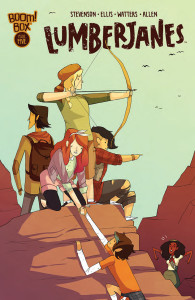 JESSICA (CO-OWNER) RECOMMENDS: This is the story every adventurous, nerdy, smart, goofy, in-love-with-life girl should read. My grownup girlfriends are indignant they didn’t have it when they were younger, and my 3yo. daughter wants to be a Lumberjane when she grows up. There is not a token girl to round out the gang. They are (variously) good at math and kung fu and leadership and animal husbandry and problem solving; they are dressy or butch or tomboyish or punk or suburban; their dialogue is peppered with inside jokes about feminist icons and clever silliness a la Scott Pilgrim. Oh, and boys would totally be into it too, if they like things that are funny and smart and unexpected yet totally satisfying. 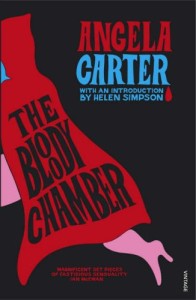 ANNIE (OFFSITE SALES/SCHOOL PARTNERSHIPS) RECOMMENDS: Angela Carter’s spin on classic fairy tales and beasts is terribly dark and terribly sexy, and her language is both gloriously poetic and primal. If you long to transport yourself back a few hundred years and hear ribald, uncensored versions of the tales you thought you knew, you cannot ask for a better companion that her. 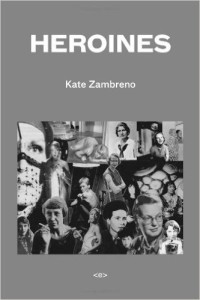 GRACE (RECEIVER) RECOMMENDS: Part literary scholarship, part memoir, Kate Zambreno’s Heroines explores the forgotten or oft-misremembered diaries, letters, and memoirs of literary wives, lovers, and artists from the modernist age. While freeing Jane Bowles, Zelda Fitzgerald, Virginia Woolf, and co. from the silence placed upon their work by their male contemporaries, Zambreno, perhaps to her surprise, must face this same silencing when she starts an impassioned blog on the subject. 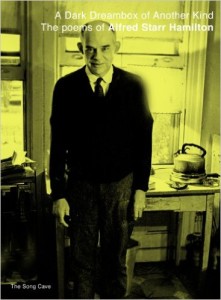 JARROD (MANAGER) RECOMMENDS: Discovering Alfred Starr Hamilton is like finding a million dollar bill that’s been nestled deep in the cushions of obscurity for the last 40 years. A reclusive resident of a New Jersey boarding house who repaired gumball machines for a living, Hamilton possessed a bizarre poetics and perception of the world that was completely his own. Try to imagine the best elements of Emily Dickinson, Joseph Ceravolo and Richard Brautigan coalesced into a weird mystic hermit. All praises be unto The Song Cave for this comprehensive collection of Hamilton’s poetry. Open this dreambox immediately! 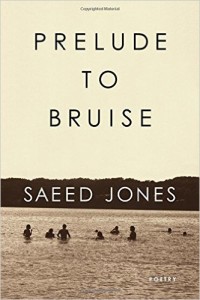 ANGEL (BOOKSELLER) RECOMMENDS: This book is so good it will give you night sweats. Jones’ debut collection, Prelude to Bruise, is a cross between James Baldwin’s Giovanni’s room and a jukebox that plays only Nina Simone. Each poem radiates from unearthed insight into the history of sexuality, masculinity, repression and violence and how they encircle the black body. Both the devoured and the devourer, this book should be savored like the last slice of pie on earth. Get it in your life. 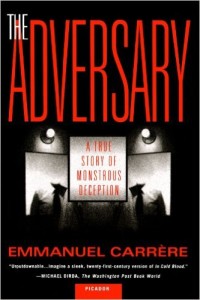 ALEXIS (BOOKSELLER) RECOMMENDS: The story of Jean-Claude Romand tests the limits of believability. To all appearances, he led a comfortable bourgeois life with a good career as a doctor at the WHO and a nice family at home. When his family is murdered and he attempts suicide, the unraveling begins. Carrère crafts an eerie study in identity and evil in his telling of Romand’s unfathomable story. 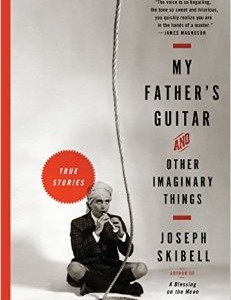 I don’t remember when it occurred to me to ask the telemarketers for money. Like everyone else in those days, we were inundated...
© LitHub
Back to top
Loading Comments...