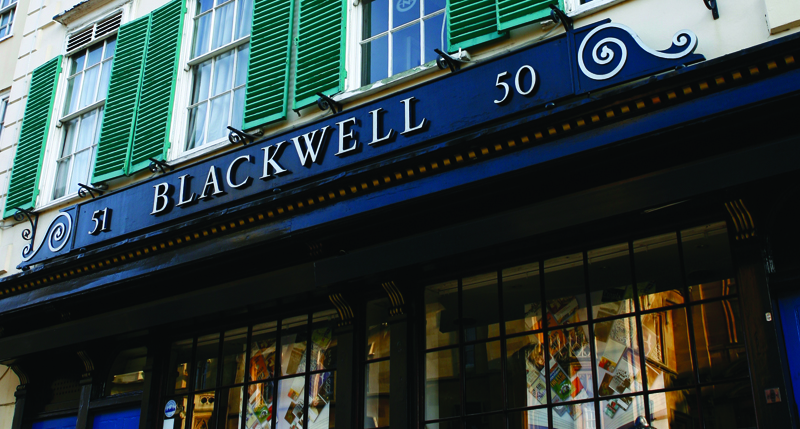 Interview with a Bookstore: Blackwell’s Bookshop

Operating Continuously since the 19th Century

When Benjamin Henry Blackwell opened the doors to Blackwell’s on 1st January 1879, books were firmly in his blood. His father, Benjamin Harris Blackwell was a librarian and had been heavily involved in the Temperance Society. The society promoted self-education and encouraged reading as well as religion. Originally, after he had spent some years being apprenticed to a local bookseller, he had hopes of becoming a librarian like his father, but after being turned down for the post of City Librarian for Cardiff he decided to open a shop of his own.

Rebecca MacAlister (Manager): The poetry corner. It is situated in a small nook on the first floor and has some of the original bookcases from when the shop opened in 1879. It also has the doorway to the “Gaffers Office” in it, which was the office of Basil Blackwell, kept in its original state. Basil Blackwell took over from his father and for over 60 years he oversaw the growth of a bookselling empire 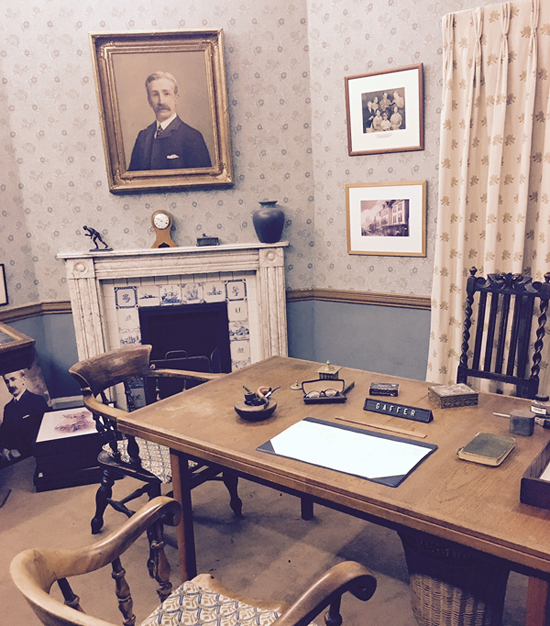 Zool Verjee (Sales Development Manager): A bespoke “theatre-style” author events space which would mean we could run events without endless moving of tables, getting out of chairs, and then putting it all back together again at the end of the evening! However, we still manage to hold a yearly theatre production (for an eight-week run) every year down in the Norrington room.

David Kelly (Sales Manager): An outstanding range and knowledgeable booksellers with varied expertise. We have over 125,000 thousand titles in stock and Booksellers who have worked here from one day to 47 years! It’s also worth mentioning our unbelievable events programme: we hold over 300 events, which includes signings, talks, and readings every year.

Rebecca: The philosopher Nigel Warburton has to be one of the shop’s best customers. He is often here buying books for friends and family, can be seen here running our regular monthly event “Philosophy in a Bookshop,” and is just truly one of our shop’s best friends! 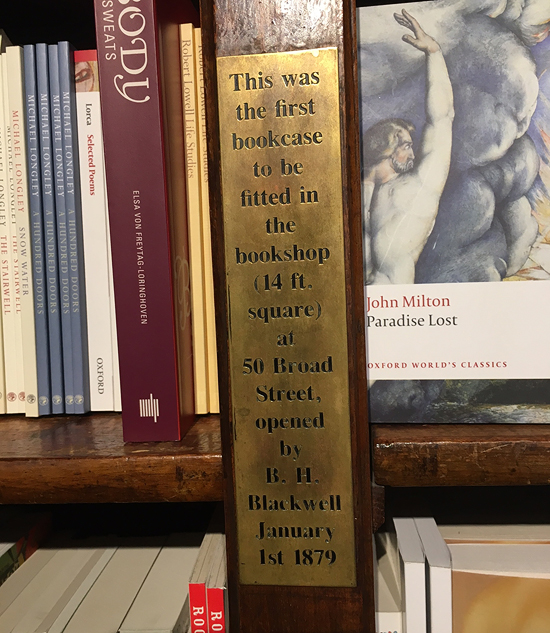 Rebecca: Last year we had the President of the Dominican Republic drop into the shop with his wife and security team. As they were still shopping at the time we normally close, a few of us stayed on to continue to serve them. By 8 p.m. we were popping out to get food and coffees for him as he was still shopping! He did end up spending quite a lot and he and his people were just really lovely!

Nicky James (Customer Service Manager): As a second generation bookseller, tidying the Garfield books in my parents’ bookshop in Canberra, Australia at the tender age of five.

Zool: Knights Bookshop in Abingdon (doesn’t exist any more sadly)—there really was no greater treat than being able to choose a book to buy and taking it home in its orange paper bag! 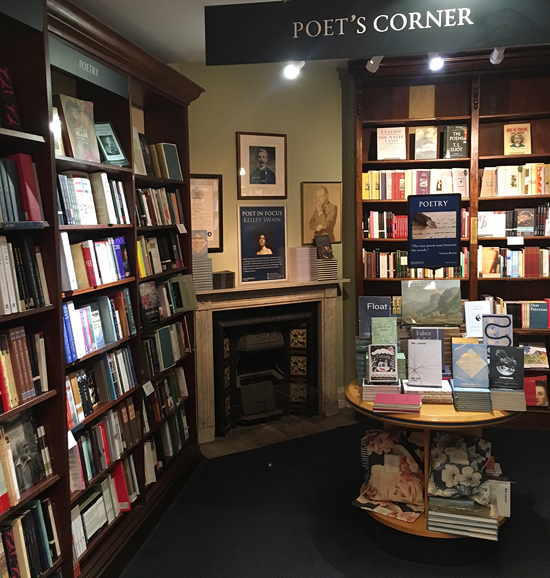 Being Miserable or a hired assassin (the one question we all agreed on!).

Every day we are surprised by the wonderful new books and authors in the boxes we unpack. Working in a bookshop can be like opening presents on Christmas day! 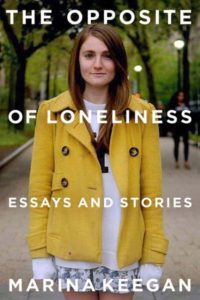 JAMES (LITERATURE AND LANGUAGES DEPARTMENT) RECOMMENDS: “The Opposite of Loneliness” is the opening essay of this posthumous collection of writing’s by late Yale graduate, Marina Keegan. After being killed in a car accident at the age of 22 and a couple of weeks after writing this inspiring essay, Marina’s family produced a collection of her works that are hopeful and which call for a better future for all of us. Beautifully written and utterly inspiring. 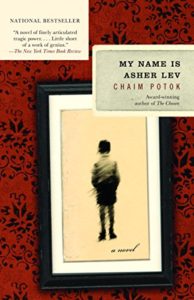 ZOOL (SALES DEVELOPMENT MANAGER) RECOMMENDS: This is probably the book of which I have bought the most copies in my life, as presents for friends. I challenge you to find a more heart-rending and emotionally compelling book. This is about orthodoxy meeting the modern world and what happens when the two conflict. 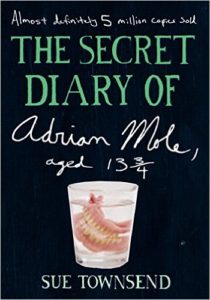 BEN (CHILDREN’S MANAGER) RECOMMENDS: This is the book that made me a book worm. I have had the same copy since I was a child, which is falling apart and I have to put back together every time I read it I think most people can identify with Adrian Mole in some way, which is what makes this book so wonderful. 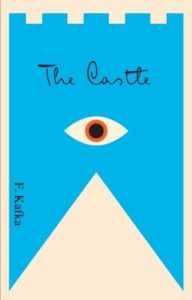 REBECCA (MANAGER) RECOMMENDS: You don’’t get an adjective named after you unless you’re pretty remarkable. The Castle by Kafka is the book that represents every astonishing, bewilderingly realistic but not-quite-understandable dream you and I have ever had. It is the literary antecedent of Murakami’s The Wind-Up Bird Chronicle and Kazuo Ishiguro’s The Unconsoled 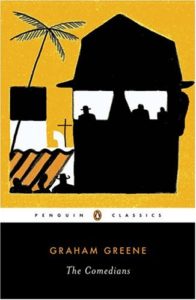 ZOOL (SALES DEVELOPMENT MANAGER) RECOMMENDS: Graham Greene is my favourite author of all time, and it’s this or The Power and the Glory that vie for my favourite novel by him. It features three ex-pats, drenched and suffocated up to their wretched necks in Paper-Doc era Haitian terror. 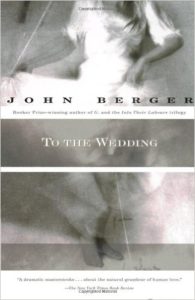 RAY (BOOKSELLER) RECOMMENDS: his is a novel about the coming together of a far flung european family to a wedding. The bride to be is HIV positive. No!, I hear you groan, too depressing. Relax, you’re in the hands of an author who not only has the eye of an artist, the heart of a poet and the soul of a angel warrior, Berger’s largesse of spirit inspires compassion and hope where you may see none. This beautiful, truly magical book is a paean for humanity. Berger is the only author I know of that evokes not just awe and respect for his work, but sincere love for the man himself. 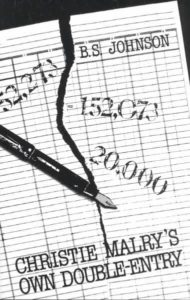 DAVID (SALES MANAGER) RECOMMENDS: A hilarious take on form and fiction that centres on a renegade accountant who, frustrated with the unfairness of life, begins to record the debits and credits from his everyday life. B S Johnson is one of this shore’ s most original writers, lauded by Beckett but often forgotten by the general public.

8 Australian Writers You Should Know 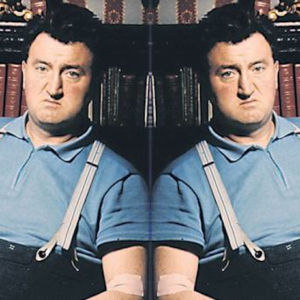 “Believe the autocrat. He means what he says.” Masha Gessen provides 6 rules for survival under autocracy. | NYRB ...
© LitHub
Back to top
Loading Comments...