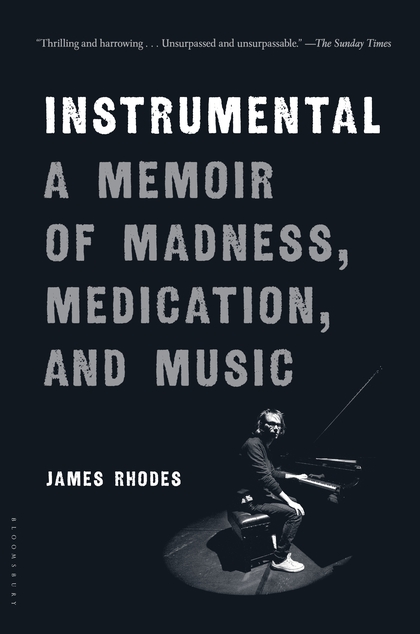 The following is from James Rhodes' memoir, Instrumental. Rhodes has released six albums, all of which topped the iTunes classical charts. He has performed in venues around the world, including halls in Paris, Australia, Hong Kong, Germany, Austria, Switzerland, Spain, and more. He has made TV programs in the UK for the BBC, Sky, and Channel 4, and he writes frequently for The Guardian, The Telegraph and The Times.

James Rhodes’ passion for music has been his lifeline—the thread that has held through a life encompassing abuse and turmoil. Whether listening to Rachmaninov on a loop as a traumatized teenager or discovering a Bach adagio while in a psych ward, Rhodes has survived his demons by encounters with musical miracles. These—along with a chance encounter with a stranger—inspired him to overcome physical and sexual abuse as a child and become the renowned concert pianist he is today.

I was driven back to hospital.

It felt like all the fight had been kicked out of me. I was floppy, pliable, indifferent. Shuffling around the ward, dribbling a bit, losing a few more brain cells and memories thanks to yet another cocktail of meds. And then on a visitors’ Sunday I was called in and told someone was there to see me. Which was odd because aside from a brief, disastrous visit from Jane and Jack a few weeks previously, I’d never had a visitor before.

It was an old pal I hadn’t seen in a long time. An awkward, slightly autistic, fragile guy. A piano fanatic (we’d met because we’d both shared a mutual hard-on for Sokolov bootlegs back in the day). He’d heard I was there and wanted to offer support. And music. When he’d called to arrange the visit he’d been told that no presents other than toiletries etc were permitted (I wasn’t allowed to have things delivered to me by this stage because I’d already had knives and razors intercepted). He offered me a giant bottle of shampoo and winked at me. Out of earshot of the nurses he told me to open it up when I was alone. Which I did. And inside this emptied bottle was a tiny plastic bag. And inside the tiny plastic bag was the brand new, recently launched iPod nano. It was the size of an After eight mint. And the headphones were wrapped around it lovingly. He had filled it up with gigabytes of music. And everything changed.

Under the covers I went. Headphones on. Middle of the night. Dark and impossibly quiet. And I hit play and heard a piece by Bach that I’d not heard before. And it took me to a place of such magnificence, such surrender, hope, beauty, infinite space, it was like touching God’s face. I swear I had some kind of spiritual epiphany then and there. The piece was the Bach-Marcello Adagio—a work written for oboe and orchestra by a baroque composer called Alessandro Marcello that Bach loved so much he transcribed it for solo piano. Glenn Gould was playing his Steinway, reaching out from forty years in the past, three hundred years in the past, and letting me know that things were not only going to be OK, they were going to be absolutely fucking stellar. It felt like I’d been plugged into an electrical socket. It was one of those rare “Elvis moments” that I will never forget. It shattered me and released some kind of inner gentleness that hadn’t seen the light of day for thirty years.

And now I was determined. I knew this place wasn’t the right place for me. I could not get well. Not with so many meds, so much madness, so much daytime TV and boredom. I needed to get out of there properly, once and for all. Get released, find some space, get home to my son. I needed to get well. But first I needed to show them I was well enough to leave.

And so I did. We did. That cold, ruthless, patient, clever fucker who controlled some part of my mind took charge. Happily. He was born for this shit. We started cooperating, not too quickly to make it unrealistic, nor too slowly to miss my self-imposed deadline of a Christmas release. I cried on demand, hugged my inner child, drew appropriately angry pictures in art therapy, participated in group sessions, came across with just the right amount of concern, remorse, anger, hope, contrition in my individual therapy. I sat through hearings and interviews saying the right things and then backed that up with doing the right actions. I helped others, cracked jokes with the staff, started whistling happily within earshot of the doctors, took my meds, got up early and meditated in the garden in full view of the night staff. I did everything I needed to in order to get to that Monday afternoon two months later in mid-November when they sat me down, basically told me I was a poster boy for mental health treatment, they were delighted with my progress and were very pleased to tell me I had been given the all-clear. I could leave in three days, as long as I agreed to a vigorous outpatient follow-up course and maintained my medication routine.

My grateful, solicitous, faux-humble smile was Oscar-worthy. I even included the obligatory “Are you sure I’m ready for this?” routine, voicing my concerns. I got them to actually convince me to leave. Mark Rylance would have applauded my performance. I was stupidly proud of what I’d accomplished, and three days later strutted out of that hospital, ditched my meds and went home to bed.

A quick aside about the rather nonchalant “ditched my meds” bit. Do not, under any circumstances, do that. Not ever. Imagine squeezing a giant dollop of properly homemade mayonnaise onto a piece of raw chicken, leaving it out in the sun for four or five days and then shoving the whole thing into your mouth, lying down in bed and waiting. And you will come close to what it’s like to come off psychotropic medication cold turkey.

A few things about Bach that need clearing up.

If anyone does ever think about Bach (and why would they?), the chances are they will see in their heads an oldish guy, chubby, dour, bewigged, stern, Lutheran, dry, unromantic and in dire need of getting laid. His music is considered by some to be antiquated, irrelevant, boring, shallow and, like the beautiful architecture in Place des Vosges or Regent’s Park, belonging to other people. He should be confined forever to cigar adverts, dentists’ waiting rooms and octogenarian audiences at the Wigmore Hall.

By the age of four, his closest siblings have died. At nine his mother dies, at ten his father dies and he is orphaned. Shipped off to live with an elder brother who can’t stand him, he is treated like shit and not allowed to focus on the music he loves. He is chronically abused at school to the point that he is absent for over half of his school days to avoid the ritual beatings and worse. He walks several hundred miles as a teenager so he can study at the best music school he knows of. He falls in love, marries, has twenty children. Eleven of those children die in infancy or childbirth. His wife dies. He is surrounded, engulfed by death.

At the same time that everyone he knows is dying, he is composing for the Church and the Court, teaching the organ, conducting the choir, composing for himself, teaching composition, playing the organ, taking Church services, teaching harpsichord, and generally going mental in the work arena. He writes over 3,000 pieces of music (many, many more have been lost), most of which are still, 300 years later, being performed, listened to, venerated all around the world. He does not have twelve-step groups, shrinks or anti-depressants. He does not piss and moan and watch daytime TV drinking Special Brew.

He gets on with it and lives as well and as creatively as he can. Not for the fanfare and reward, but, in his words, for the glory of God.

This is the man we are dealing with here. Drenched in grief, emerging from a childhood of disease, poverty, abuse and death, a hard-drinking, brawling, groupie-shagging, workaholic family man who still found time to be kind to his students, pay the bills and leave a legacy totally beyond the comprehension of most humans.

Clearly he was not going to be emotionally normal. He was obsessed with numbers and maths in a scarily OCD way. He used the alphabet as a basic code, where each letter corresponds to a number (A B C = 1 2 3 etc). BACH. B=2, A=1, C=3, H=8. Add them up and we get 14. Reverse that and we get 41. And 14 and 41 appear all the time in his works – number of bars, number of notes in a phrase, a hidden musical signature placed at key points in his works. It probably kept him safe in that weird way all those afflicted with light-flicking, counting and tapping tics feel safe. When it’s done right.

Aged twelve he would sneak downstairs when everyone was asleep, steal a manuscript that his dickhead brother wouldn’t let him look at, copy it out and hide it before carefully placing the original back where it belonged and going to bed for few hours’ sleep before rising at 6 a.m. for school. He did this for six months until he had the entire musical score that he could study, pore over, inhabit.

He loved harmony so much that when he ran out of fingers he would put a stick in his mouth to push down additional notes on the keyboard so he could get his high.

You get the idea.

When his first wife, the great love of his life dies, he writes a piece of music in her memory. It is for solo violin, one of the six (of course) partitas he composed for that instrument. But it isn’t really just a piece of music. It is a musical fucking cathedral built in her memory. It is the Eiffel Tower of love songs. And the crowning achievement in this partita is its last movement, the Chaconne.

Fifteen minutes of shattering intensity in the heartbreaking key of D minor.

Imagine everything you would ever want to say to someone you loved if you knew they were going to die, even the things that you couldn’t put into words. Imagine distilling all of those words, feelings, emotions into the four strings of a violin and concentrating it into fifteen taut minutes. Imagine somehow finding a way to construct the entire universe of love and grief that we exist in, putting it in musical form, writing it down on paper and giving it to the world. That’s what he did, a thousand times over, and every day that alone is enough to convince me that there is something bigger and better than my demons that exists in the world.

30 Books in 30 Days: House of Lords and Commons 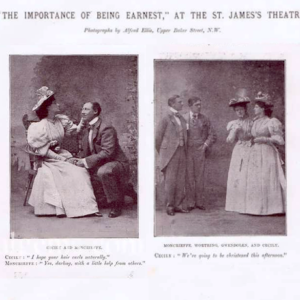 Lit Hub Daily: February 14, 2017 In honor of the early Christian martyr, Saint Valentine, some stories about love: The doomed real-life love at the heart...
© LitHub
Back to top