Sasha Sagan on Why We Should Celebrate the Solstice

I’m not that into Christmas. Maybe because I’m not Christian. But this sentiment has often proven unsatisfactory to acquaintances and fellow cocktail party guests whenever the year is drawing to a close.

It’s just a time to be together, to eat, to give gifts, they tell me. Christmas, despite the name, doesn’t need to be all wrapped up with Jesus Christ, they tell me.

No amount of “I’m a secular Jew” will placate them.

I like Hanukkah, but it always feels like a consolation prize. It wasn’t even a major holiday on the Jewish calendar until the 1970s. It doesn’t have any of the subversiveness of Passover or of the gravitas of the High Holidays.

The truth is I want very badly to be with my loved ones and eat and give gifts and be near bright lights when the days are short and the nights are long and cold up here in the Northern Hemisphere. I like merriment as much as the next gal.

But I don’t want to celebrate something simply because other people do, least of all something religious that means a great deal to a great many people. It’s disrespectful to pretend. It cheapens their belief by watering down the ritual when half-hearted tag-alongs just go through the motions.

Given the choice, I’d rather celebrate something I know is true. And at the end of December something indisputably true does happen. Because of the axial tilt of the earth and our orbit around the sun, the hemisphere leaning towards the sun experiences the pleasures of summer and the one leaning away, the short, dark days of winter. Around the 21st of December, the six and a half billion of us in the Northern Hemisphere start to lean toward the warmth and the light again.

That is cause for celebration.

Not only is it great news for anyone with seasonal affective disorder, it’s the stuff of ancient legends and creation myths. It provides that tingle that comes with the resolution of a great mystery, the chills of revelation. And it’s true.

These events were set in motion five billion years ago when our solar system began to coalesce around the newborn sun. We humans have celebrated the earthly repercussions as long as we have celebrated anything.

I do not in any way suggest that devout Christians refrain from observing Christmas with conviction. But if you have conflicted feelings about the ethical implications of looking into the eyes of your child and telling him that a great big fat man is going to sneak into the house and leave them a gift, maybe it’s worth considering an alternative.

Imagine, for a second, a different ritual, one that begins at the stroke of midnight on the longest night of the year. You slip into your child’s room, gently wake them with a kiss and whisper into that little ear, “I have something wonderful, something epic and thrilling to tell you, something so large and magnificent that no human being can stop it: starting tomorrow the days will start getting longer again, and slowly the plants will bloom again, the sunshine will return. Summer is coming”.

Maybe with the aid of a diagram or a globe and a flashlight, you can teach your little one why this is so. And remind them to think of the people of the Southern hemisphere who are, at this very moment, enjoying the shortest night of the year, but tomorrow their days will begin to shrink, their winter will slowly approach, inch by inch, and in six months we’ll have traded places.

Then, perhaps, a feast and presents? What is more exciting when you’re a kid than getting to be up late at night with your parents?

Countless holidays around the world pay tribute to the motion of the Earth around the sun. The ancient Romans reversed their social hierarchies for Saturnalia around the Winter Solstice. In China, the mid-Autumn Moon Festival celebrates the harvest near the autumnal equinox. Passover and Easter fall close to the Vernal Equinox, as does Nowruz, the Persian New Year celebration. Cultures from the Druids to the Mayans designed temples as stages for the sun’s dance on the Summer Solstice.

We’ve known and celebrated these phenomena for millennia, we just ascribe different meanings to fit our changing cultures and religions. The way the Earth moves through space, however, is not at the mercy of invasion, revolution, forced conversion, crusades, inquisition or war. It does not bend to dangers here on Earth.

There is, of course, another argument for holidays: tradition. There is a pleasure in repeating the rituals and recipes of your ancestors, it’s a kind of connectedness, a kind of special time travel. I connect to that completely.

My husband, who was raised Christian, and I light the menorah on Hanukkah and exchange gifts with his family under the Christmas tree. We like these traditions. But even they are rooted in Pagan rituals and were originally used to mark the passage of time.

Someday when we have children of our own we’ll awaken them at midnight on the longest night of the year. We’ll tell them that our ancestors, all of our ancestors, contemplated with awe the Earth’s place in the universe. And we carry on that tradition tonight.

Sasha Sagan's essays and interviews have appeared in The Cut, O the Oprah Magazine, Violet Book, Atmos, and beyond. She’s the author of For Small Creatures Such As We: Rituals for Finding Meaning in Our Unlikely World. She lives in Boston, Massachusetts with her husband and daughter. You can follow her on Twitter and Instagram @SashaSagan 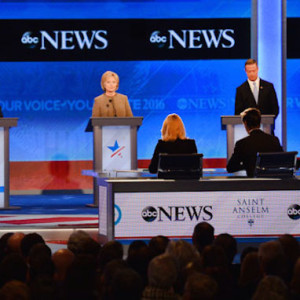 We are proud and delighted that Literary Hub continues to offer us a platform for pointing out and translating...
© LitHub
Back to top