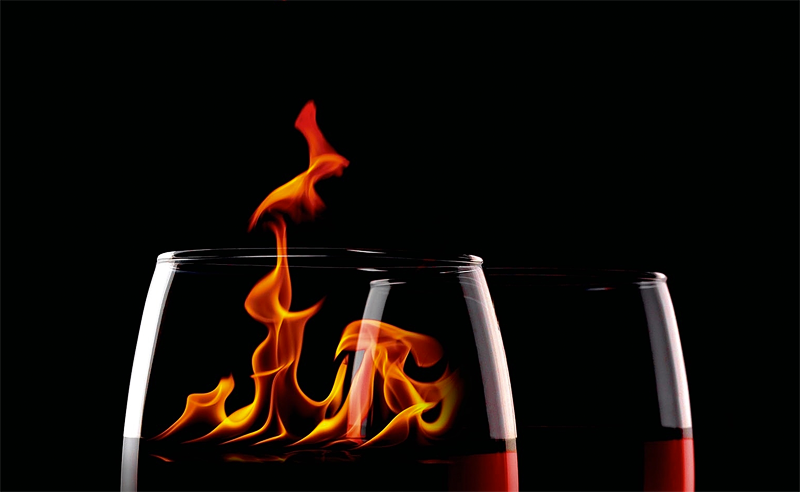 This week we see cultural crossovers—wine and art critics review books about wine and art. A book editor, looking back over 2015, discovers a book she wants to preach about. Celebrated short story master Joy Williams honors Lucia Berlin, whose posthumous collection appears on a majority of “best fiction of the year” lists. And a world-class critic revisits a novelist who has been her most persistent passion.

Dinkelspiel’s true crime story of greed, murder, obsession and an arsonist in the California vineyards was grist for wine critics as well as book reviewers (and the headline writer for the New York Post who came up with “Grapes of wrath—when $250M in rare wine was set on fire”).

Tangled Vines made Peter Hellman’s Wall Street Journal list of The Best Books for Wine Lovers, described as a “sordid” tale that begins with “a 2005 fire at a giant California warehouse, which destroyed 4.5 million bottles of wine. Among them were 175 bottles of 19th-century wine made at a vineyard owned by the author’s great-great-grandfather. Ms. Dinkelspiel tracks three century’s worth of dastardly deeds on the California wine scene, including multiple murders.”

Washington Post wine columnist Dave McIntyre includes Tangled Vines in his books to give a wine lover for the holidays. “Dinkelspiel weaves elements of a mystery novel with historical narrative, dissecting the personal rivalries of modern Napa while tracing the provenance of the oldest wine lost in the fire through the history of California wine,” he writes. “The result is the most engrossing and engaging book about Napa Valley since James Conaway’s two-volume saga, Napa and The Far Side of Eden.”

Esther Mobley, the San Francisco Chronicle wine critic, also finds much to praise. “Even as Tangled Vines details the wine industry’s sordid history and its modern-day tendency toward excess (‘the language around wine, such as tasting notes that talk about essences of chocolate, graphite, and berries, can be over the top’), its great achievement is to convey a sense of wonder about wine — an assertion that, maybe, it’s worth all this trouble and expense.”

Eric Asimov, wine critic for the New York Times, has quibbles (“the great Burgundy is Comte de Vogüé Musigny, not Musigny-Vogue”), but concludes that Dinkelspiel’s “storytelling is clear and absorbing, a reminder that no matter how much beauty and poetry we may find in the glass, for many it’s ultimately all about the money.”

And what do reviewers who are not wine critics think? Here’s Désirée Zamorano (Los Angeles Review of Books): “From its explosive prologue to the very last sentence, Frances Dinkelspiel has written an utterly riveting true crime book.”

Julian Barnes has been reviewing exhibits for the London Review of Books and other publications for many years. As a prelude to his next novel, The Noise of Time, due out in January, here’s a slim volume of his art criticism. Who better to review it than art critics?

Art critic Deborah Solomon (New York Times Book Review) calls Keeping an Eye Open “an engaging and empathetic volume that lavishes attention on issues that more doctrinaire critics would be likely to shortchange. He is touchingly alert to varieties of unhappiness, especially of the marital sort, and capable of musing on the private lives of artists without sounding like Dr. Phil.” Solomon points out that most of the artists Barnes considers are acknowledged masters of European painting, unfashionably dead, male and white” (he reserves his highest praise for Georges Braque). “Barnes’s sympathy shrivels in the presence of more recent figures,” she writes.

John Baker (San Francisco Chronicle) is mostly approving, acknowledging the advantage of the novelist’s gifts. “He consistently finds involving ways to interweave observations about artists’ lives, the procession of critical opinion, the circumstances of art’s presentation and his own responsive preoccupations,” Baker writes. He also praises Barnes’ “recognition that every account of an artwork is an elaborate story, with many sources to draw upon. His re-weighting of those potential sources as he proceeds from one case study to another provides much of the book’s drama.”

Sometimes a critic retraces steps, reconsiders (or considers) a book months after its publication. Such is the case with Seattle Times book editor and columnist Mary Ann Gwinn, whose rave review of Sam Quinones Dreamland was published this week. (The book came out in April, and made it onto year-end lists at The Seattle Times, Slate, the Boston Globe and Entertainment Weekly.)

“Every so often I read a work of narrative nonfiction that makes me want to get up and preach: Read this true story!” Gwinn begins. “Such is Sam Quinones’ astonishing work of reporting and writing…. Dreamland documents how the prescription-opiate epidemic in America intersected with the heroin scourge, as a crackdown on prescription opiates turned people addicted to Vicodin, OxyContin and other opiates toward cheap Mexican heroin.”

Kevin O’Kelly (Christian Science Monitor) calls it “a book that every American should read. And I state that without reservation. The story Quinones tells is an illustration of the failures of medicine in the so-called free-market system, of the destructiveness of corporate venality, and of the desperate and criminal lengths to which people mired in poverty or tormented by addiction can be driven.”

Quinones’s chapter-long riff on OxyContin’s rise is a masterpiece,” he writes. “I would reprint here it in full, if I could; it’s that important and well reported. But I’ll just quote a passage in which he frames the story:

The decade of the 1990s was the era of the blockbuster drug, the billion-dollar pill, and a pharmaceutical sales force arms race was a part of the excess of the time. The industry’s business model was based on creating a pill – for cholesterol, depression, pain, or impotence — and then promoting it with growing numbers of salespeople. During the 1990s and into the next decade, Arthur Sackler’s vision of pharmaceutical promotion reached its most exquisite expression as drug companies hired ever-larger sales teams. In 1995, 35,000 Americans were pharmaceutical sales reps. Ten years later, a record 110,000 people — Sackler’s progeny all — were traveling the country selling legal drugs in America.

Quinones adds layers of nauseating detail: the exorbitant bonuses for Purdue salespeople who peddled OxyContin to primary-care docs under-trained in treating chronic pain; the promotional videos that under-reported the pill’s addictive potential (never vetted by the FDA, as they ought to have been); the OxyContin-branded hats, toys, mugs, golf balls, CDs, pads, and pens that rained down on doctors; the Purdue lawyers who made phone calls to folks talking candidly about addiction in small-town newspapers. At one point, during a 2007 sentencing hearing for Purdue executives, the mother of an OxyContin overdose victim tells them, “You are nothing more than a large corporate drug cartel.”

Laura Miller (Slate) included Dreamland in her “best books of 2015” list. “Dreamland—true crime, sociology, and exposé—illuminates a catastrophe unfolding all around us, right now,” she writes.

Lucia Berlin, who died in 2004, published her stories in quarterlies and small presses. Her posthumous story collection, A Manual for Cleaning Women, drew starred reviews (“the best writers you’ve never heard of”) and raves, huzzahs from Elizabeth McCracken, a recent winner of the $20,000 Story prize (“It’s just an incredible book. Lucia Berlin is a laugh-out-loud & burst-into-tears writer,” she tweeted in June), a slot on the shortlist for the Kirkus Prize, and more.

The Wall Street Journal celebrates Berlin’s collection for showing up on eight of the 21 best of the year lists they surveyed.

“From the ’70s through the ’90s, she published seventy-six short stories in six collections, not a single one of which was appropriately lionized at the time,” Joy Williams (Bookforum) writes. “Of course, neglect happens within the fickle chambers of the literary politburo, but discovery time has come around at last for Berlin…” Williams praises her “tough, joyous, and slantwise sensibilities,” and concludes, “She was a lover and a fatalist. She struggled, she praised, she lived keenly, and she died. And she wrote, thank God.”

Cynthia Ozick, novelist and critic extraordinaire, reminds us that gossip is at the core of fiction in her essay in this week’s New York Times Book Review in which she discusses Henry James’ Washington Square, among other novels. As always, her insights into James, who has been a lifelong passion, are acute. We can’t wait for her Critics, Monsters, Fanatics, and Other Literary Essays, due in July 2016. 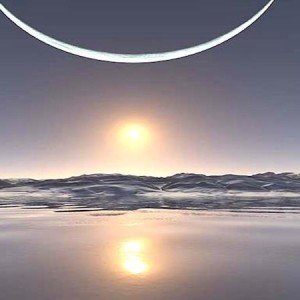 I’m not that into Christmas. Maybe because I’m not Christian. But this sentiment has often proven unsatisfactory to acquaintances...
© LitHub
Back to top
Loading Comments...