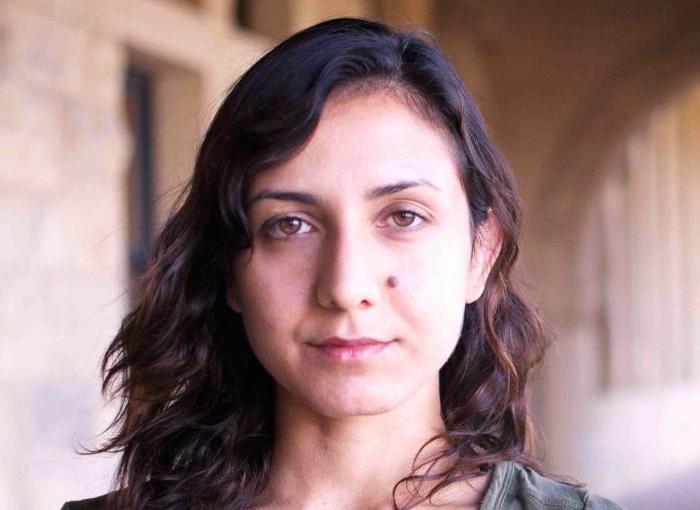 Ottessa Moshfegh: What It Means to Be a Voice in the World

On Doubt, Unreliable Narration, and the Messiness of Near History

Contemporary novels set in the past often treat bygone years gingerly. While we might write about our own generation with warts and all, there can be more of a remove when writing about contemporaries of our ancestors, as though they didn’t swear, fight, or engage in unseemly behavior. Perhaps it’s the sense that our parents or grandparents seem at a remove, at a place where they should be idealized. Perhaps it’s that question of age: telescoping the transgressive protagonist of a period piece into a present-day octogenarian can be a disorienting experience in ways that an author might not have imagined. It seems a kind of conventional wisdom, at least.

Perhaps it’s the wholesale defiance of this that gives Ottessa Moshfegh’s longform fiction so much of its power. Eileen is set in the 1960s, in a community located outside of Boston. Its title character, the novel’s narrator, works at a prison for boys. She lives with her alcoholic father (and seems to have her own problems with drinking), and gradually finds herself drawn to a counselor who begins working at the prison. Their friendship uncovers a number of bleak secrets and pushes Eileen to some grim revelations. The novel is narrated by Eileen from a vantage point of several decades later. We know that some seismic event is looming–“[t]his is the story of how I disappeared,” Eileen writes early on—but it isn’t entirely clear what form it will have.

Moshfegh’s previous book, the short and hallucinatory McGlue, pushed even further into the mind of its protagonist, a 19th-century sailor who may or may not have committed a murder, and who may or may not be in denial of a number of aspects of his personality. Alcohol looms large here as well—while some authors make ambiguity or omission a hallmark of their work, Moshfegh makes decisive use of alcoholic blackouts in both works.

“The past is all imaginative for me,” Moshfegh said over the phone when asked about her use of older time periods as settings. “I mean, [the] present-day feels harder to fictionalize because I’m living it. But you know, I wasn’t alive in 1964. I wasn’t alive in 1851. So to me, they are fiction, you know?”

In a 2014 piece for Bustle, Joanna Novak turned the spotlight on Moshfegh, with particular note paid to McGlue. “Moshfegh’s writing gives voice to characters on the brink of decency; her sentences alternately ricochet and stream-of-consciousness Virginia Woolf to shame,” Novak wrote. That gives a good sense of what it’s like to read McGlue—it’s a bit like being trapped inside the mind of an unreliable narrator who’s on the brink of confessing to his own unreliability. And while her work is impressively constructed and technically complex, it’s not the kind of writing that revels in its own difficulty. McGlue (and Eileen, for that matter) is harrowing, but it’s also lucid, even when it describes the workings of a mind that’s anything but.

“I didn’t feel when I was writing McGlue that I was learning anything about novel writing,” Moshfegh said. “I don’t really see McGlue as a novel. I don’t know what McGlue is.” She had written it, she told me, in 2010 and 2011, during her second year at graduate school. “McGlue has just been sitting in a drawer doing nothing until Fence published it,” she said. “I hadn’t even been thinking about it.” But for all that it’s a difficult book to handle—an effect of its protagonist’s penchant for self-abuse and violence—it’s also a thrilling read.

In an interview with Lorin Stein for BOMB, Moshfegh wrote that, “I just write down what the voice has to say.” And it’s through those distinctive voices that her own strand of fiction has emerged so boldly. Though I’d also argue that voices aren’t all that invigorates her work. The landscape—specifically, the New England landscape—also haunts both books. “That is my homeland in a really weird way, New England,” she said in our interview.

“[The landscape], haunts me I guess. It seems like I can’t really get away from it. And it’s there. There’s something about the winter and the way things seem to shut down and hibernate and life really changes. It always struck me as fiction territory, you know? Like people fighting alone,” she said. “I’m really interested in the interior in fiction, or have been. That’s changing. But it’s a really interior book. Not much happens outside in that book. Like most of what happens is either inside, inside the home, inside the prison, or inside a car.”

That sense of the hermetic takes on another dimension in Eileen. Given its structure as the remembrances of an older version of the narrator looking back on her life, there are a handful of reminders that what we’re reading has been edited. “The town where I lived and had grown up—let’s call it X-ville,” Eileen writes early in her story, and that jarringly stylized town name periodically surfaces throughout the narrative. It’s a reminder that, for all that this is a nominally realistic work (readers of both Richard Yates and Patricia Highsmith will find much to like), this is less a history than a series of memories. More critically, it’s a series of memories told by someone who is, at best, deeply ambivalent about her own past, about her connections to her family, to her community, and to the larger society around her. It’s both intimate and grand in scope, abounding with exuberant paradoxes.

“McGlue was written with almost zero editing,” Moshfegh said. “It came out painfully word-by-word, but almost exactly as it appears in the printed [text]. And for part of the writing, Eileen was much more holistic with editing. I kind of blurted it out completely wrong and then had to whittle and recapture it in order to get Eileen’s voice right.” Originally, Moshfegh told me, Eileen had been written in the third person. “I read that and it didn’t work at all,” she said. “I almost threw the book away and then revised it. I had completely misconceived the first story and rewrote it from Eileen’s point-of-view as a much older woman.”

There are layers within layers in this novel—unpredictable characters within an unpredictable narrative, even as we know that something lies in wait at the end of this particular novel. At times, it delves into the irreverent.

It may not have been at that particular Christmas assembly performance, but I remember a boy who played Mary ripping out the pillow from under his costume and throwing it on the ground and sitting on it. A wise man mimed a strip tease once. So the boys were charming in a way.

It’s a novel that reveals certain charged elements on repeated readings. For all that Eileen knows more from her vantage point of several decades later than her younger self did, not everything is made explicit; not everything is formally known.

Up next for Moshfegh is a collection of short stories, several of which were featured in The Paris Review. She’s also working on a novel, but was reluctant to talk about it: “I don’t want to say too much because it might fuck up what I’m working on.” Eileen was a learning experience for Moshfegh as well—a more structured work than McGlue, which follows a more abstract set of conventions.

To hear her talk about it, the form was vitally important to the finished work. “I don’t think it’s experimental in its form very much, you know? To me it seems pretty conventional,” she told me. “I don’t think it is totally. But in terms of its form . . .  I needed to learn how to do that. I had never done that before. And it was very educational.”

“I learned about discipline. I learned about patience. I learned about doubt and I learned about faith and I learned about the industry and the machine and more self-doubt and then doubting the world,” she said. “The book was coming, it sold. I had to deal with what it meant to have my name on something, what it means to be a voice in the world, and the kind of voice I wanted to be. And do I want to be in the world at all? So it’s a huge thing for me. And you know, [it’s] just the beginning too. It’s been a trip and I’m really curious how the book will be received. In another way, I almost don’t even feel like the book is mine anymore.” Consider it its own entry in a history of the surreal, then—a history where histories collide, and parallels come back to haunt us. It’s a reminder that the emotions of the past were as messy as anything we can summon up today. 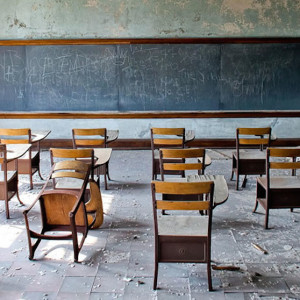 Jennifer (a pseudonym) reached out to me after seeing an interview I gave about the McMartin Preschool trial, which launched...
© LitHub
Back to top