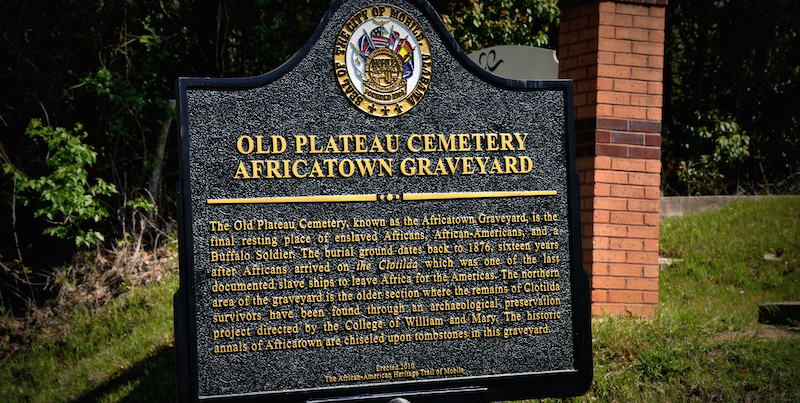 Ben Raines on the Survivors of the Clotilda

Hard against the highway, dwarfed by the looming smokestacks of the largest papermill in the world, stands a small brick chimney, its house long since gone. There is no sign to explain its significance, no fence to protect it. But the chimney is the last thing still standing in Africatown, Alabama built by community’s founders in 1870. The bricks were handmade by the captives who arrived aboard the Clotilda, the last ship to bring enslaved Africans to America in 1860, on the eve of the Civil War. The town the Africans built on land they purchased from their former enslavers after Emancipation became a thriving community of more than 10,000 by the 1950s, a story of extraordinary ascendance.

Today, reduced by decades of systemic racism and industrial scale pollution, Africatown is a broken community of fewer than 2,000 with more abandoned houses than businesses. With the discovery of the wreck of the Clotilda in 2019, many see a chance to restore the historic community and bring it to international prominence.

For the captives smuggled on the ship, the Middle Passage ended deep in a cypress swamp just upriver from Mobile, Alabama, in 1860. The hot and steamy July night would have been strange and terrifying to the Africans, with the air throbbing with the noise of millions of insects and the cypress trees along the riverbanks wearing ghostly drapes of Spanish moss on their limbs. The captives had been stolen from various villages during brutal raids by the kingdom of Dahomey, located in modern-day Benin. After six weeks in the ship’s hold while crossing the Atlantic, they emerged into the thick and embracing humidity of the Alabama night, naked save for the metal collars around their necks that were used to chain them to the ship’s floor.

Because the Clotilda’s journey had been illegal, Timothy Meaher—the Alabama steamboat captain who financed the illicit voyage—kept the Africans hidden in the swamp for ten days after arrival. On their 11th day in America, some old clothes were provided, and the 110 captives were quietly divvied up between a handful of enslavers.

Within days of arriving at the plantations where they would spend their captivity, the Africans demonstrated two traits central to their survival in the coming years: they stuck together and they fought back. Many of them were from the same village and had grown up together or were related. Their bonds to each other were lifelong and made stronger through shared hardship.

After five years in slavery, the survivors of the Clotilda were freed through emancipation. Within a few years, they had saved up enough money to purchase land from their former enslavers and built houses for one another. The village they made for themselves would remain outside of American society, a haven where they controlled everything. The 30-plus founders named it African Town; having only been in America for five years by the war’s end, they ruled it according to the laws and customs of their homeland.

Alabama has so often been on the wrong side when it comes to matters of race and history—here is a chance to rewrite that narrative on an international stage.

And they stood up for themselves. Early in their enslavement, a group of Clotilda shipmates overwhelmed Meaher’s plantation overseer when he whipped an African woman in a field. They took the whip from the man and beat him with it. After they were freed, the survivors of the Clotilda boldly confronted their former enslavers and demanded a form of reparations, with Cudjo Lewis famously asking Timothy Meaher to give the Africans land to repay their years of forced labor, which Meaher refused. They  fought for their right to vote, successfully sued one of the nation’s largest railroad companies, built a school for their children because the whites wouldn’t give them one, and started the area’s first church. By the early 1900s, Africatown,  the only community in the nation founded by enslaved Africans, was the fourth-largest community in the United States governed by African Americans. It attracted the attention of Booker T. Washington and Zora Neale Hurston, who documented the town’s history and success in the book Barracoon.

By the 1950s, the town had 12,000 residents, movie theaters, grocery stores, barbershops, schools, and restaurants. Two kids who grew up playing baseball for the original Africatown school were on the 1968 “Miracle Mets” team that won the World Series.

Then things began to fall apart.

Throughout the years that Africatown was thriving, much of its housing was still under the ownership of the Meaher family, whose ancestors had enslaved the Clotilda’s passengers in the 19th century. In the 1920s, the family began to lease and sell much of its old plantation land in the community to heavy industry; then, in a catastrophe for the town, the Meahers decided to bulldoze more than 500 of their rental houses. The decision was made in protest of the city of Mobile finally providing running water to Africatown in the 1960s, though water and sewer service had been common throughout the Mobile area since the 1920s.

“People have lived perfectly happy and healthy for years without running water and sewers,” Augustine Meaher, grandson of the steamboat captain, said of his African-American tenants in 1968, claiming in a newspaper interview that they wouldn’t be able to afford a water bill on top of the $4 a month rent he charged. “He don’t need garbage service… He don’t need a bathtub—he’ll probably store food in it. Wouldn’t know how to use it.”

The Meahers rendered entire city blocks into vacant lots with their bulldozers and leased or sold their land for heavy industry, including to International Paper, which built the largest papermill in the world in Africatown. In the 1980s and 90s, Mobile County, which includes Africatown, ranked in the top five counties in the nation for air pollution. Emissions data from the Environmental Protection Agency show that the six-square-mile community of Africatown received most of the pollution reported in all of Mobile County, which measures 1,644 square miles, including all of the nearly 1 million pounds of chloroform, nearly 1.8 million pounds of hydrochloric acid, and a host of other chemicals linked to cancers, birth defects, fertility problems, kidney and liver damage, nose and throat irritation, asthma, and loss of hearing and color vision. In effect, tiny Africatown, all by itself, suffered as much air pollution annually as the four most polluted counties in the nation for many lung-searing chemicals.

The museum would house the wreck of the Clotilda and telling the story of the people smuggled aboard it.

In 1992, to facilitate the movement of 18 wheelers from the factories and the state port, officials decided to route a five-lane highway through the heart of Africatown tied to a gigantic new bridge over the Mobile River. Huge swaths of the original properties purchased by the Africans from Meaher and other enslavers were confiscated through eminent domain, and the last of the cabins built by the Africans were destroyed. The roadway also effectively destroyed Africatown’s business district, which filled the neighborhoods surrounding the old two-lane street replaced by the highway.

Today, there are no businesses in Africatown—not even a gas station, a Circle K, or a drugstore. Nothing. Meanwhile, in recent months, the Meaher Family Land Trust Group has successfully petitioned city officials to rezone multiple Meaher-owned residential properties in Africatown to allow for the heaviest class of industrial use. The rezoning passed over the vigorous objections of Africatown’s community groups.

One hundred and sixty years after she was burned and sunk, I discovered the wreck of the Clotilda in the swamps of Alabama. Out of 20,000 ships used in the global slave trade, just 13 have been found, and the Clotilda is the only ship ever found that was involved in the American slave trade. The discovery of the ship has re-animated the town’s history, galvanizing residents’ efforts to commemorate it.

Today, people in Africatown, many of them descendants of the original Africans who established it, envision a museum in the community that would serve as a national monument to the enslaved, housing the wreck of the ship and telling the story of the people smuggled aboard it.

An Africatown International Design Idea Competition is now underway, inviting teams of architects to submit plans for a resurrected Africatown. The goal is to create a functioning city again, with shops and restaurants tied to a new museum and other historic sites in the community.

Such a project is not unprecedented: the French government and the Smithsonian Institution are currently working together to build two $25-million museums in Benin that will honor the nation’s many cultures and remember its dark legacy as a leader in the global slave trade. How can Africatown not be considered as deserving?

Alabama has so often been on the wrong side when it comes to matters of race and history—here is a chance to rewrite that narrative on an international stage. The city of Mobile should put an immediate moratorium on rezoning property for heavy industry in Africatown. Then, the city should focus its attention on aligning with the goals of the design contest—namely, recreating a functioning community where people can shop, live, and see their history celebrated in a world-class museum. Africatown’s founders deserve nothing less. 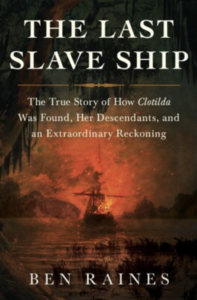 The Last Slave Ship: The True Story of How Clotilda Was Found, Her Descendants, and an Extraordinary Reckoning by Ben Raines is available via Simon & Schuster.

Ben Raines is an award-winning environmental journalist, filmmaker, and charter captain. He lives with his wife in Fairhope, Alabama. 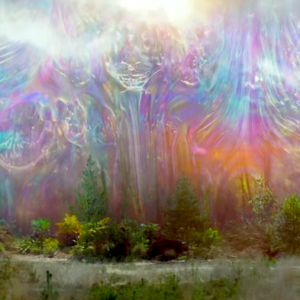 As is the case with every novel I write, I do as much research as I can to authenticate a speculative story with a kind of slippery...
© LitHub
Back to top
Loading Comments...