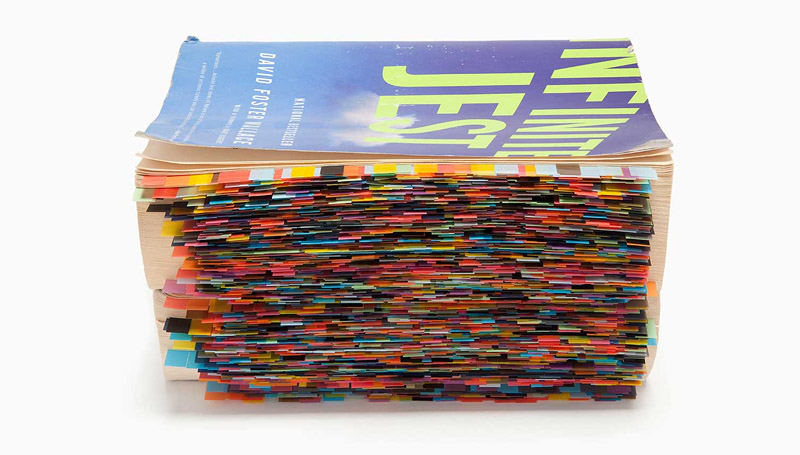 An Interview with Kostas Kaltsas, the Greek Translator of Infinite Jest

Scott Esposito: Could you briefly explain how you came to be the Greek translator of Infinite Jest? (I know this is a rather big question. Basically I’m trying out figure out why a Greek publisher decided to take on this book now, and what it is about you (as a reader, as a writer, as a translator) that made you the right person for this project.)

Kostas Kaltsas: The publisher (Gutenberg Publications) was interested in creating a new series of “modern classics” in translation, to accompany their existent classics series (which includes names such as Sterne, Melville, Dickens, Verga, Thomas Mann, etc.). They weren’t necessarily looking for best-sellers–just important novels that for whatever reason had never been translated into Greek. Infinite Jest was near the top of their list.

I was recommended to them by the translator they’d initially approached, who graciously told them “Thanks, but here’s who you need to talk to.” I’d developed a small reputation as a Wallace “expert”–I’d published a few pieces in Greek lit magazines on contemporary U.S. lit among which were a couple of very long pieces on Wallace, and I’d recently come back from Paris where I’d co-presented a paper on The Broom of the System in the Infinite Wallace International Conference. I also had at least one tough translation under my belt (Jonathan Lethem’s Motherless Brooklyn), which got good reviews. So they thought I could probably pull it off.

SE: How far along on the project are you, and when is the book expected to be available in Greece?

KK: I embarked on the translation just over a year ago and I’m about a fifth of the way in. So I’m more or less on schedule–the publisher and I had agreed it would take me around 4-5 years to finish it (I’m also in the midst of a PhD, and working very long hours). So I’m not sure yet about a publication date. Because of the novel’s length (and the fact that moving from English to Greek you usually end up with a book that’s up to 20% longer, both because of the text itself, and the differences in standard publishing formats) there was a suggestion it could be split into two volumes. If that happens, the first volume should be out in a couple of years.

SE: Are there particular challenges that the Greek language or culture presents for a translation of this book? That is, are there certain aspects to the tone, or the references, or the creation of character that make it difficult to bring into a Greek context? Or, on a strictly linguistic level, are there aspects of Wallace’s English that are just hard to get into Greek syntax or language?

KK: In the words of Wallace himself: “Dont [sic] even ask.” There’s the great variety of different registers that often have no equivalent whatsoever in Greek (the “Wardine” and “yrstruly” sections are a nightmare). The mixing of registers in some passages is despair-inducing. The references to U.S. culture are sometimes difficult to get across without resorting to endless footnotes. Crucial puns and linguistic jokes need to be preserved, somehow (“O.N.A.N.”!). And then there’s the obvious and not-so-obvious problems about moving from the Latin alphabet to the Greek one: figuring out how the more unusual names are pronounced; translating acronyms that are immediately recognizable to something that the reader could at least figure out. (Random example: the “N.C.A.A.” in “O.N.A.N.C.A.A.” sticks out in the original, so the reader is at least partially oriented the first time she comes across it, but in Greek you end up with something like “A.B.N.A.N.K.A.Σ.” which is just hopeless.)

The problems most specific to Greek are possessives and subordination. Greek sentences are just structured very differently. This means two things:

1. Certain effects cannot be maintained if you want to end up with a parsable sentence (The Pale King’s ‘The station’s flagpole’s flag’s rope’s pulleys” comes to mind: in Greek, this only works as “the pulleys of the rope of the flag of the flagpole of the station”; the “zooming in” effect becomes a “zooming out” one.)

2. It’s hard enough translating 600-word-long subordinate-clause-laden sentences while maintaining as similar a rhythm as possible; it gets worse when translating into Greek because it’s a highly inflected language. This means for example that in the case of subordinate clauses nouns are very often found in the genitive. The problem is that a lot of Greek nouns are never found in the genitive (some diminutive forms, for example). So I end up spending a lot of time trying to figure out some way of using the nominative while not making the sentences any more complex than they already are. Having said that, I don’t want to make them any less complex than they are. I’m with Lance Olsen on this: “Their M.O. is hypotaxis, not simply as a showoffy stylistic swagger, but as fraught existential position.”

SE: Are there any particularly noteworthy resources (e.g. dictionaries, friends, websites, etc) that you have used in translating Wallace’s English into Greek?

KK: Stephen Burn’s David Foster Wallace’s Infinite Jest: A Reader’s Guide, and Greg Carlisle’s Elegant Complexity: A Study of David Foster Wallace’s Infinite Jest, the Infinite Jest Wiki, the Wallace-L mailing list, the O.E.D., the Cambridge Dictionary of American Idioms, McGraw-Hill’s Dictionary of American Idioms, a couple of dictionaries of Modern Greek, a dictionary of Ancient Greek (especially helpful for coming up with neologisms), various online dictionaries of mathematics, optics, architectural terms, film studies…(There are days when I get a lot of “Our systems have detected unusual traffic from your computer network” messages and have to keep typing in CAPTCHAS to prove I’m not a robot.) Just about the only thing not giving me the howling fantods is the pharmacology stuff: I’ve got a background in molecular pathology and toxicology, which makes things a bit easier. When I’m really stuck, I beg my partner and a good friend (who is also a translator) for help.

SE: Did any of the political turmoil that has been occurring in Greece for the past several years play any role in the decision to translate this book? And do you feel that this is an interesting context for Wallace’s book to appear in?

KK: Only indirectly. Gutenberg never believed in best-sellers–they’re interested in great literature. While the crisis has seriously affected the Greek publishing trade, their take on things (with which I completely agree) is that this only makes it even more important that readers are given an opportunity to read good books from around the world, rather than whatever happens to be selling a lot for reasons that have little to do with its true value (or lack thereof). But I would agree that the economic crisis, and now the refugee crisis, are definitely ‘interesting times’ for the book to be about to appear in. Of course, it’s not difficult to find IJ relevant to practically anything one might be going through at any given time–it’s too rich a novel not to. But considering how difficult things are and what this is doing to people’s idea of polis, I think the aspect most in tune with what’s happening in Greece is this notion of, as Wallace puts it, “the weary cynicism that saves us from gooey sentiment and unsophisticated naiveté.” That infamous quote about “art that locates and applies CPR to those elements of what’s human and magical that still live and glow despite the times’ darkness” couldn’t be more relevant at the moment.

SE: What is the broader status of Wallace in Greece? Has he been previously translated? Do people seem to like him, or not? Are his books read there in English? Are there particular writers or critics who are strong proponents of him, and have they publicly expressed these views?

KK: Wallace has a complicated publication history in Greece. Girl with Curious Hair was published back in 2000 (Travlos Publications, trans. Margarita Koulentianou) and more or less sank without a trace. It was just too left-field for most Greek readers at the time. Oblivion was published in 2011 (Kedros Publishers, trans. Yannos Polykandriotis)–there was more of an interest by then, it got mostly very good reviews, sold a bit more. There was a Greek edition of This is Water last year (Kritiki Editions) which I translated and wrote an afterword for. Kritiki will also be publishing The Broom of the System soon (trans. Yorgos-Ikaros Babassakis), and Kedros will be publishing The Pale King (trans. Yorgos Kyriazis). There’s definitely much more interest in Wallace’s work now; most of it has been selling well in the original over the last few years, though there are still many readers who prefer to wait for translations because their English isn’t quite up to the task. He’s not exactly an established name, not yet; I think it’s a generational thing to an extent. Quite a few younger writers and critics have been very vocal about how important they think he is; others, not so much. But Greece never got on with postmodernism in general. Even modernism is still too often a point of contention, believe it or not: a relatively well-known Greek critic was recently arguing that literature took a wrong turn with modernism, from which it still hasn’t recovered. I couldn’t help but think “if you really believe that, maybe you should get a different job.” 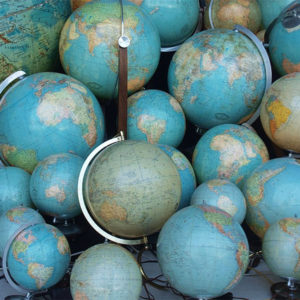 Infinite Jest Around the World: Translating David Foster Wallace's mega-novel "Released in the States in 1996, it has in 20 years...
© LitHub
Back to top