Part of The Criterion Channel's Adventures in Moviegoing series

It’s no secret that Jonathan Lethem is a big movie buff. After all, we already know he saw Star Wars twenty-one times in a single summer, and despite the bizarre fact that his novels have so far resisted adaptation, they are full of film references both literal and generic. Recently, FilmStruck, the five-month-old subscription on-demand streaming service created by Turner Classic Movies and The Criterion Collection, released a filmed conversation between Lethem and Heidi Julavits, in which Lethem discusses his love of movies, his childhood of art-house theaters, and the intersections of literature and film. In the below clip, he discusses the “watershed moment” of seeing his first John Cassavetes film, Faces. “My life was changing already,” he says, “but that film told me that my life was changing… it knew things were coming.” Watch below, and if you like, head here to see the full interview—if you do, you may as well settle in, because it’s accompanied by a collection of some of Lethem’s favorite films, each introduced by the man himself. Goodbye, weekend. 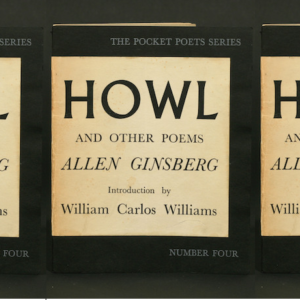 Having already been combined with zombies and game theory, Jane Austen has encountered her worst pairing yet (with...
© LitHub
Back to top