Brain Surgery Might Actually Be Harder Than Rocket Science

Spread, suck, spread. Dilan Ellegala aimed the forceps deeper into the young woman’s brain. Brain surgeons typically grab tissue with their forceps, but Dilan used the instrument in the opposite way: He kept the tips together to form a point; he pressed that point into her brain, pink and pulsing with her heart; then barely moving his hand, he released the pressure so the tips spread apart on their own. Doing this created a tiny space between the lobes. He suctioned fluid away with a long tube. Perfect, now do it again, go deeper.

He pressed his eyes to the lenses of the operating microscope. He worked the forceps as if by remote control. He did so in a rhythmic way, like a cat pawing at a rug. The trick was to find the right spot to place your tips. Miss that spot by just a fraction of a millimeter, and you could sever an artery. Miss that spot, and you might snuff out a lifetime of memories. But if your aim is true, you could peel apart someone’s lobes like segments of an orange. You could go where other surgeons could not.

He’d learned this peeling technique from Arthur Day, his mentor at Harvard Medical School and hands down the best neurosurgery teacher he ever had. Arthur Day was a brilliant technician when it came to microsurgery, but his true genius lay in how he forced you to question everything. Why did you move your forceps this way instead of that? Why did you choose this kind of aneurysm clip over another? Always why, until you realized that you truly didn’t know everything about your patient’s disease and how to fix it. But now, because of this revelation, you could learn more about the anatomy; you could plan a better strategy, move closer to the sun. “Perfection, that’s what we’re after,” Arthur Day told you over and over, and then he fixed this knowledge into your brain by giving you a chance to soar or fuck up.

Like now. Dilan was just a few months into a vascular fellowship at Harvard’s Brigham and Women’s Hospital, but here he was doing a cardiac standstill, heart and brain surgery in one, climbing Mount Everest. Awesome, he’d thought earlier that morning as he scrubbed in. This was why he’d spent five years in medical school at the University of Washington. This was why he went through another eight years of research and residency, much of it at the University of Virginia, one of the toughest neurosurgery departments in the country. This was the ultimate final exam. One out of three standstill patients died on the table, in post-op, or while recuperating. As far as anyone knew at the Brigham, this was the first standstill ever done in New England. Maybe twenty people on the planet had the skills and balls to do a standstill. Twenty-four astronauts flew to the moon. Dilan thought, I’m doing things that other doctors only read about.

He didn’t know much about the woman on the table. She was Arthur Day’s patient. Dilan was the back-shop mechanic—the guy with grease on his hands, the one who rarely saw the customer.

One thing Dilan did know: this patient had run out of options. The human brain is soaked in blood—four hundred miles of vessels course through it. Under the beating pressure of the heart, some of this plumbing can weaken. In a particularly weak spot, the vessel develops a tiny aneurysm sac. Like an overfilled balloon, the vessel’s wall gets thinner as it stretches—so thin you can see through it and watch blood swirl about. You never know when an aneurysm might burst: after a fall, a slap on the back, or simply standing up. Sex is a common trigger, which doctors call a coital headache. When an aneurysm ruptures, billions of neural networks suddenly go dark, like a city in a blackout. One out of ten people die instantaneously. Half of those who make it to the operating room end up dead within six months. Many survivors are brain-damaged for life.

The woman’s aneurysm was huge, nearly an inch long. And it was next to the brain stem, which controlled heartbeat, breathing, and other critical functions. And feeding this control center were perforator vessels, some as thin as spiderweb strands. Cut just one strand, and you might sever a link from the brain to the heart. Your margin of error was zero. All in all, her aneurysm was in one of the most delicate, protected, and difficult-to-reach places in the human body. The only way to fix it was to build a tunnel through her brain. Then, to keep the aneurysm from blowing up in your face, you had to stop her heart.

Find the spot. Spread, suck, spread. Dilan probed deeper. His mind was still and sharp. He held the forceps like a pencil. The heel of his hand rested on the patient’s skull. He kept his elbows pressed to his kidneys. Scrunched up like that, his arms looked undersized, like those of a T. rex. Holding yourself tight helped reduce stray movements in your fingers. He grabbed a drill with a ball-shaped bit. The bit was covered in tiny diamonds; he sheared off a piece of skull base.

The drill whirred, high pitched. Then, like a plane dropping below the clouds, Dilan could see it all: the basilar artery, the brain stem, and next to them, the pinkish white sac of the aneurysm, gleaming and about to blow.

Arthur Day stepped in. Looking through the microscope, he examined Dilan’s work. He did a small dissection to give himself a bit more room around the brain stem and then signaled to the heart team. An anesthesiologist administered a massive dose of heparin to prevent blood clots. A perfusionist manning the heart-lung machine diverted the woman’s bloodstream into a box of pumps and tubes; the machine’s clear tubes turned red.

Her body temperature grew colder—ninety-eight degrees, eighty . . . until it hovered at sixty. Like falling through ice on a pond—other bodily functions shut down, saving oxygen for the brain. Her systolic blood pressure dropped: sixty, fifty, forty. Her heart slowed, then stopped. Lines on the brain wave monitor went from jagged to flat; blood pressure dropped to fifteen, then zero.

Dilan glanced at the clock; the standstill bought them forty minutes at most. He watched Arthur Day position the sac, which had the wrinkled look of a deflated balloon. Day picked up a Yasargil clip, invented by one of Day’s teachers. The clip was the size of a mosquito. He placed it on the sac’s neck.

Dilan suddenly felt uneasy. Those perforators. In the absence of any blood pressure, they had all but disappeared into the surrounding tissue. But Art Day is a master. And what a beautiful channel he’s creating with the clip. Textbook, but not perfect enough. Dilan watched him remove the clip and try again.

Then, metal against an artery. Did he go through one of those perforators? No alarm, no beep or bell or profanity. The operation continued. Day finished setting the clip, then nodded to Dilan, who would close.

“Good job, everyone,” Day said, as he walked out of the operating room. Dilan thought he heard a sense of defeat in his mentor’s voice.

The heart team warmed her blood and restarted her heart with an electric jolt. Dilan went back to work. He sutured the meninges, the bone flap, the scalp, closing, which gave him time to think.

Failure is part of medicine, especially when you try to repair something as complex as a human brain. Failures are horrible for both patients and their doctors. But they also offer chances for redemption. If you learn from failure—if you are obsessed by it, take responsibility for it, ask yourself why it happened, always why, experience it so deeply that it feels like death—then you can forgive yourself and move forward. Then you can heal others, and in doing so heal yourself.

What would Dilan learn from this case? He wasn’t sure yet. He had failed many times in the course of his training, though not always on the operating table. But he knew one thing in his heart.

The woman? She would never wake up.

Excerpted from A Surgeon in the Village: An American Doctor Teaches Brain Surgery in Africa by Tony Bartelme (Beacon Press, 2017). Reprinted with Permission from Beacon Press.

Tony Bartelme has received numerous national awards for his investigative reports, including honors by the Scripps Foundation, Sigma Delta Chi, and Gerald Loeb Foundation. He has been a finalist for the Pulitzer Prize three times, including the series that is the basis for A Surgeon in the Village, which he spent four years researching and writing. He was the recipient of a 2011 Harvard University Nieman Fellowship and is a graduate of Northwestern University’s Medill School of Journalism. He is senior projects reporter for the Post and Courier, in Charleston, South Carolina, where he lives.

Greg Iles: In Praise of Larry McMurtry (Postmodernists, Not So Much) 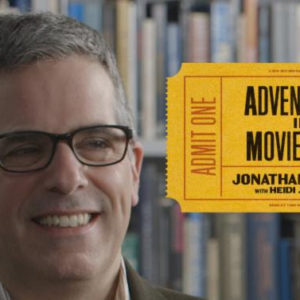 It's no secret that Jonathan Lethem is a big movie buff. After all, we already know he saw Star Wars twenty-one times in a single...
© LitHub
Back to top